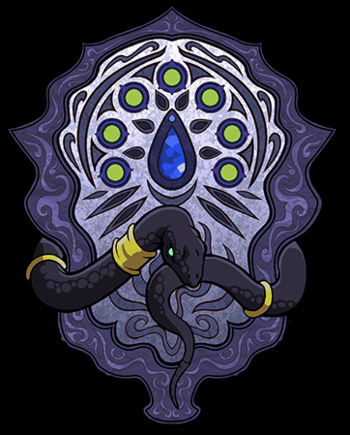 Ouroboros, also known as The Society, is a mysterious organization responsible for several incidents occurring throughout the whole series. Their final objective is shrouded in mystery, but they are known to search for the Sept-Terrion and intent to use their power to launch the Orpheus Final Plan. Despite being discreet from the public eye, they possess a lot of influence and connections to many powerful individuals and politcal powers, with seemingly unlimited resources coming from their Thirteen Factories. As for their military, they mainly use the services of Jaeger Corps and numerous Archaisms of their own creation.

The organization is directed by a council of seven powerful and extraordinary individuals named Anguis, who all swore allegiance to its leader, a woman only known as Grandmaster. Each of the Anguis are selected for their power and/or vast knowledge of the Zemurian history, regardless of their morality. Finally, whenever Ouroboros enacts a Plan, an Anguis will be deployed along with Enforcers, who serve as the main commanding force, to ensure its success.

Tropes applying to the organization itself

The overall leader of the Ouroboros Society, she aims to complete the Orpheus Final Plan by any means necessary. 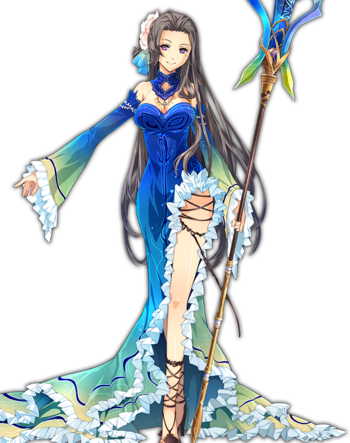 Vita as she appears in Cold Steel III note 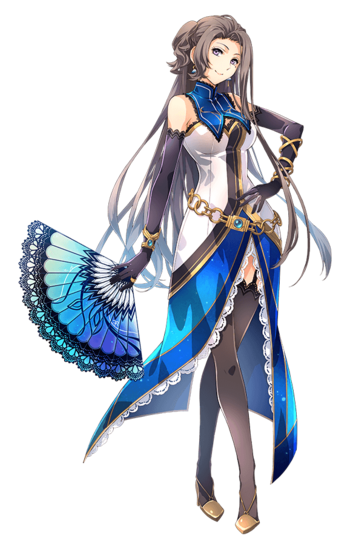 A stunning woman who is the top star of the Heimdallr Opera House and known as the Azure Diva. She also has another job at Radio Trista where she goes by the alias "Misty" and serves as the hostess of show Abend Time. She is later revealed to be the Second Anguis of Ouroboros whose title is Azure Abyss. 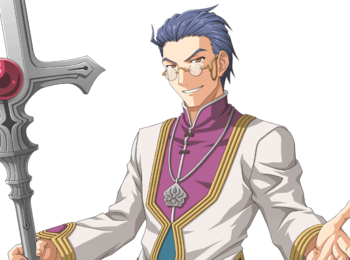 An archaeologist whom Estelle and Joshua meet in the Prologue of FC and appears several times since. He is researching relics of ancient Zemuria. At least, that's what he claims. He is in fact a high-ranking member of the secret society Ouroboros.

Sixth Anguis of Ouroboros and leader of the Thirteen Factories, appearing in Ao. 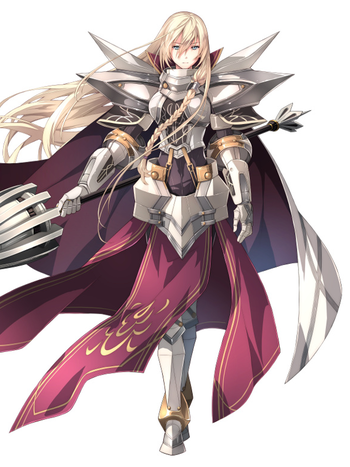 Seventh Anguis of Ouroboros known as the "Steel Maiden". First appearing in Ao, she makes a cameo appearance in Cold Steel I and later makes a full return as an antagonist in Cold Steel III and IV. Due to the sheer number similarities between her and the legendary "Lance Maiden" of Erebonian history, many assume her true identity to be Lianne Sandlot herself. It's later confirmed in Cold Steel III that she truly is Lianne Sandlot, having survived her historical death through mysterious means.