Characters / The Amazing World of Gumball: Other Citizens of Elmore 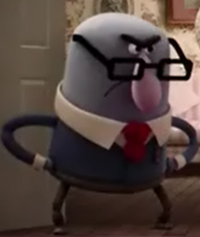 The Watterson's cranky neighbor who appears to be a sort of Muppet creature or a Muppet come to life. In spite of his attitude, Gumball and Darwin adore him.

Mr. Robinson's wife, another muppet creature, who speaks only in mumbles and, as "The Wicked" revealed, is a violent, destructive sociopath.

A group of old people usually seen sitting together on a lawn. They include an Off-Model Mickey Mouse-looking rodent named Louie (until he left the group), a red jelly bean-looking blob named Marvin Finklehimer, a lady who appears to be a segment of a green chalkboard named Betty MacArthur, and a man that looks like a collection of plaid patterns named Donald MacArthur. 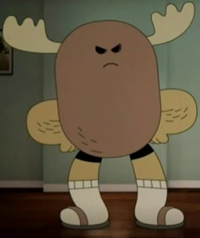 Penny's father, another living peanut with antlers. Is very overprotective of his daughter (when she was in her shell), especially when it comes to her being romantically involved with Gumball. Since "The Shell", Patrick has loosened up, but "The Apprentice" and "The Spoiler" show that he still has qualms over it. 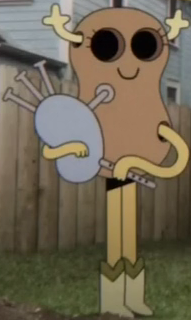 Penny and Polly's mother and Patrick's wife, a living peanut with antlers like them, looking like Penny if she grew up never breaking from her shell. Unlike her husband, she doesn't mind Gumball being around her daughter. 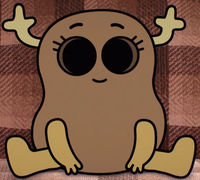 Voiced by: Teresa Gallagher
Debut: Season 1, "The Date"
Last appearance: Season 6, "The Mess"
Penny’s sister who is in kindergarten. 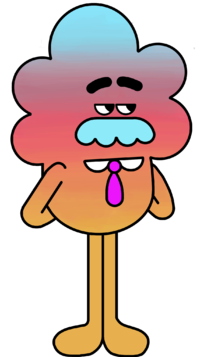 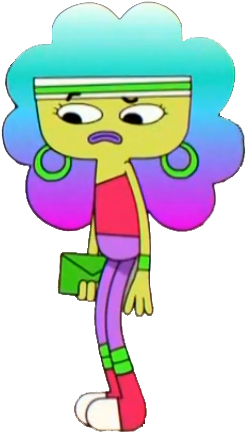 Tobias's mother, also a rainbow cloud person, albeit a very different looking one. 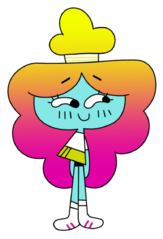 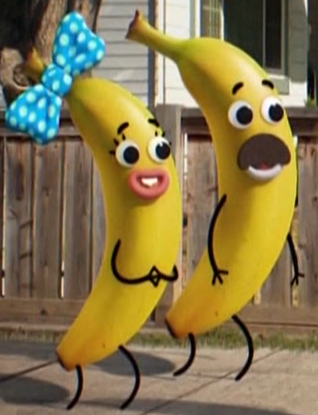 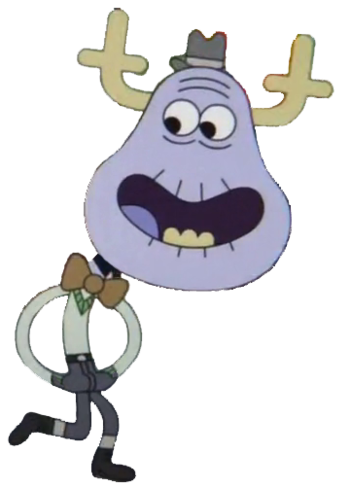 The Watterson's neighbor. He is constantly badly injured or suffers in other ways because of the Wattersons. They do not know his name, calling him "The Neighbor". He is a purple elderly moose man. He also is the mailman, a bus driver, and apparently (according to "The List", "The Mystery", "The Gi", and possibly "The Wand") works some job at Elmore Junior High.

A skinny man made of rock who works many different jobs throughout Elmore, at the risk of losing his sanity and putting up with The Wattersons' antics. 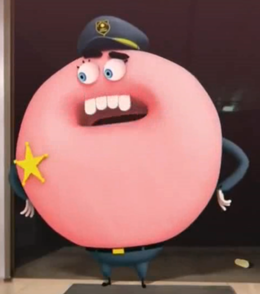 The donut police officer most often seen around Elmore. He and the entire police force of Elmore (who are also food just like him) are known for being incompetent. 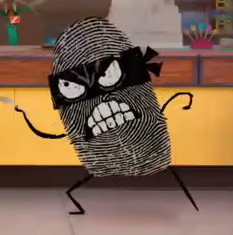 A giant thumb print and resident career criminal. Though not seen often in the series, his face is shown on a lot of wanted posters posted on walls, fences, and in stores. According to "The Boredom", he got into crime because of his failed attempts at launching a singing career.

A vaguely humanoid blob colored orange who is very wealthy and arrogant. 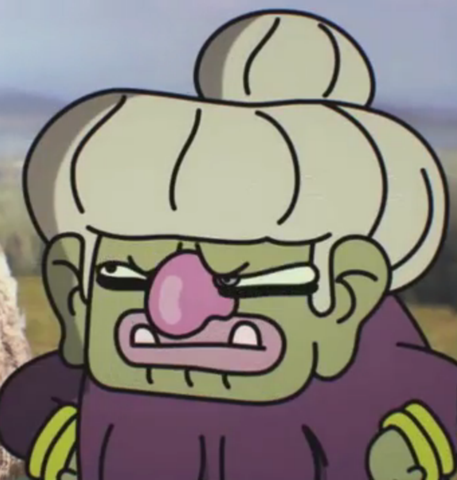 Hector's mother, a grumpy troll witch who has to keep her son calm to keep him from destroying Elmore. 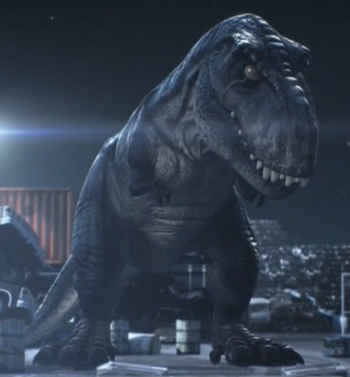 Tina Rex's father, a brutal, hardly-seen T. Rex said to be just as nasty as his daughter (with the only difference being that Tina actually feels bad about being a bully and hates that people expect her to be just like him. Mr. Rex, however, doesn't care). 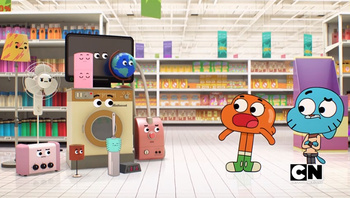 One of the few instances where the objects directly interact with Gumball and Darwin.

Voiced by: Various
Debut: Season 1, "The Third"note Technically speaking, they appear in the first episode, however "The Third" features the first instance in which an animate object directly talks.

The objects all across Elmore that are capable of talking.
Timmy/The Internet 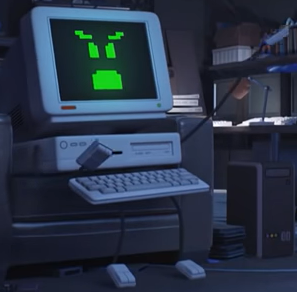 The literal personification of the internet. 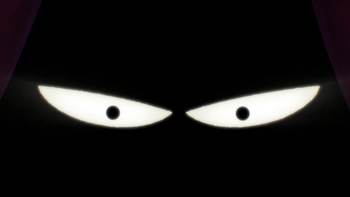 The owner of a red van which Richard describes as the Awesome Store, who sells many strange and dangerous things.

A cloud humanoid who is Masami's mother and wife of the owner of the Rainbow Factory. She and Nicole were childhood friends who trained in martial arts until they both fought each other in the tournament finals, which Nicole won. She left America for Japan so she could train harder, then came back to America for a revenge match against her old friend.