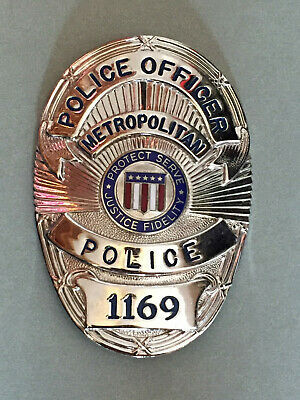 Badges in many cop shows are generic. Even if the work is set in a real place, the badges and emblems used will often not accurately reflect those worn by the real-life force in the given jurisdiction. There could be several reasons for this. For one thing, police badges are often custom-made to a force's specifications, which may be expensive and labor-intensive to reproduce faithfully. Paying that much attention to detail may be too much of a hassle, especially in a series that has a low budget and episodes set in different places. In some localities applying this trope is actually a legal requirement to prevent props or vehicles being misused. A further reason could concern Canadian shows more or less explicitly set in local cities, where this might just be done in part to downplay the Canadian setting for the benefit of American viewers/networks, by means of giving the local cops a badge based on some typical American model.