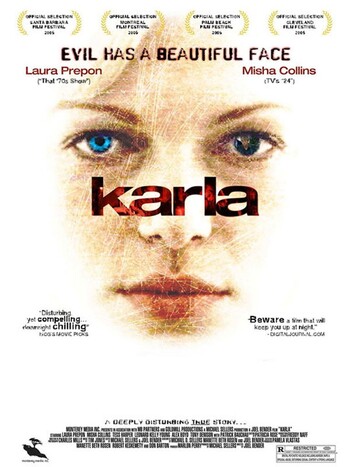 Karla is a 2006 Canadian motion picture drama and thriller. The film is based on the true story of two of Canada's most notorious serial killers, Paul Bernardo (Misha Collins) and Karla Homolka (Laura Prepon).