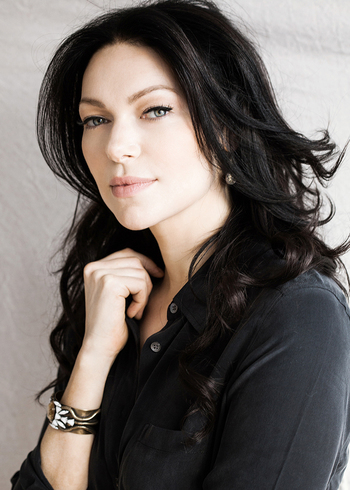 She best known as Donna Pinciotti on That '70s Show and Alex Vause in Orange Is the New Black. Other notable roles include:

Prepon is married to actor Ben Foster, and they have a daughter. She also announced in October 2019 that she's expecting another baby. They had a boy in February 2020. Prepon became a Scientologist in 1999, like her That '70s Show co-star Danny Masterson, and dated his brother Christopher Masterson. In 2021 she revealed she'd left the church in 2016.