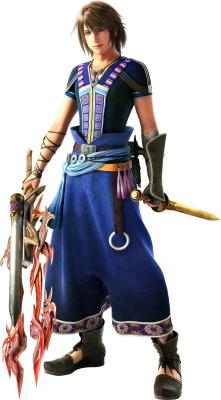 "You want her? Then you're gonna have to go through me!"

Voiced by: Daisuke Kishio in Japanese and Jason Marsden in English

A mysterious youth from Gran Pulse who appears to protect Serah when New Bodhum is attacked by monsters. They set out together to find Lightning. 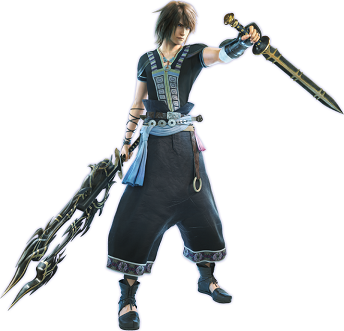 "One more death on my conscience won't do anything!"

500 years later, Noel is suspected to be involved in a string of serial killings that have occurred in the city of Luxerion by the Children of Etro. Now known as the Shadow Hunter, he seeks to kill Lightning to avert a disaster he has seen in a prophecy. 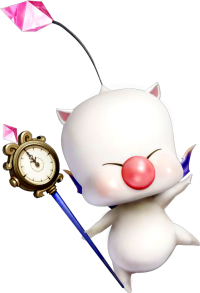 "Time for some moogle magic. Kupo"

A mysterious little creature, he makes himself useful by transforming into a weapon for Serah. No one knows much about this strange animal who calls himself her guardian. People were led to believe that moogles don't exist, and those who meet him for the first time assume he is merely a stuffed animal. Although shy at first, once he opens up, he is quite the chatterbox, teaching Serah and Noel all about the world and its history. 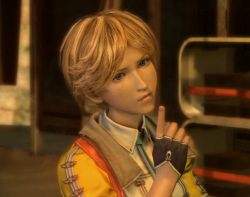 "It's my friend's. She died here. Running from the Purge. And me? I'm one of those who survived."

Voiced by: Yoko Hikasa in Japanese and Kim Mai Guest in English.

One of the young Academy researchers. Bright and cheerful, she is a popular figure within the institute and the leader in Paradox studies. She is also a smart and canny scientist, and she has become Hope’s trusted assistant. 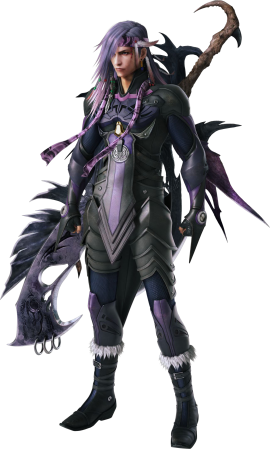 "Lose yourself in battle, and rejoice!"

Voiced by: Hiroshi Shirokuma in Japanese and Liam O'Brien in English.

A mysterious figure, said to be a rival to Lightning and shown to be an antagonist to Noel and Serah.

"Lose yourself in battle, and rejoice!"

500 years later, Caius mysteriously survived the events of Final Fantasy XIII-2 and now lives in the ruins of Etro's Temple in the Wildlands.

"I saw death. If I were to live, it would bring contradiction to... to the timeline."

Voiced by: Mariya Ise in Japanese and Amber Hood in English.

A young girl seen in the company of Caius. She seems more friendly towards Noel and Serah than he is. If her name is any indication, she was the author of some of the Analects from the first game. States that Serah is like her, as the latter's psychic dreams would indicate.

Chocolina
"The beauty's all mine, but the products can be yours—but only if you show me the money!"

Voiced by: Seiko Ueda in Japanese and Julie Nathanson in English.

A quirky traveling merchant dressed in a costume that looks like a red chocobo. She sells a wide variety of equipment to Serah and Noel during their journey.

Valfodr, The Arbiter of Time 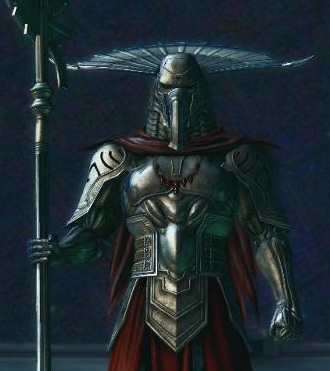 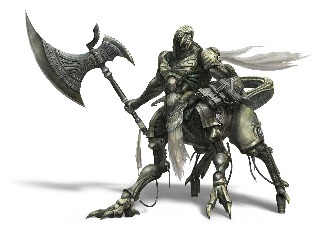 Voiced by: Tomomichi Nishimura in Japanese and Steve Blum in English.

The keeper of the Coliseum, where he handles the downloadable content fights and gives a background story to each enemy. Originally a knight of Valhalla serving the goddess Etro, he will test Serah and Noel's strength upon defeating Snow in the introductory coliseum fight.