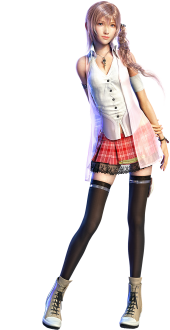 "The point is, I have people I can count on. I'll make it through."

Lightning's younger sister and Snow's finance, Serah was branded a l'Cie by the Pulse fal'Cie Anima prior to the game. Her Focus is what draws the party together, setting the plot in motion. Along with Dajh, she is revived from crystal stasis at the end of the game. 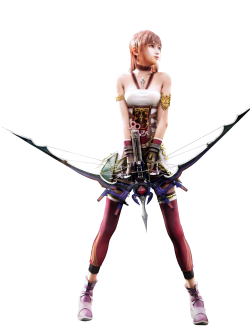 Living with the rest of Team NORA in New Bodhum (Snow off searching for a way to free Vanille and Fang), Serah's world is shattered when monsters attack the village. Noel saves her, handing her a weapon so she can fight.

The two then set off to investigate Lightning's fate — everyone believes she's dead, but Serah's memory shows the opposite. What is behind these strange events?

After the brutal end of Final Fantasy XIII-2, Lightning is now working as God's savior, holding on to the promise that Bhunivelze will bring Serah back to life. Occasionally when Lightning returns to the Ark, a ghostly form of Serah will appear and talk to her. 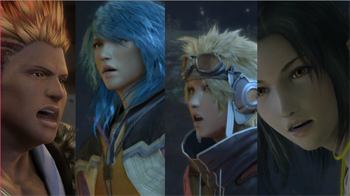 "The army's no match for NORA!"

A team of rebellious monster hunters from Bodhum. The name is an acronym for "No Obligations, Rules, or Authority" in the English version, but is a play on the word "noraneko" in Japanese (meaning stray cat). When the Purge breaks out, they become La Résistance to combat PSICOM and protect the Purge victims. 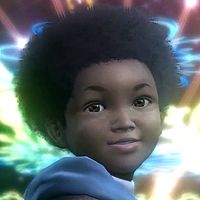 Sazh's young son, he loves Chocobos, and Sazh purchases the Chocobo Chick for him as a gift. Showing extreme maturity for his age, he comforts his father over the untimely death of his mother. Shortly before the game started, he was branded by the Cocoon fal'Cie Kujata and was taken by Jihl Nabaat into PSICOM custody. He completes his Focus and is crystallized a third of the way through the game, nearly prompting Sazh to commit suicide. Along with Serah, he awakens from crystal stasis during the game's ending.
Chocobo Chick

A baby chocobo Sazh bought for his son Dajh at Euride Gorge. It has human intelligence and frequently stands in as a physical form of Sazh's conscience. 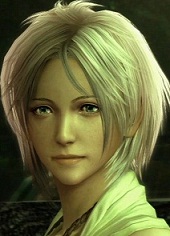 Hope's mother. The one that died in prologue and the reason why Hope hates Snow.

"This is your home."

Hope's father. While he loves his wife and son, his job as a high ranking government official estranges him from both. 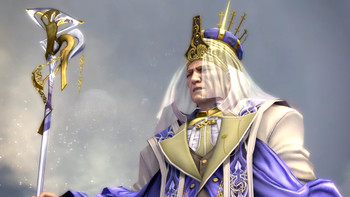 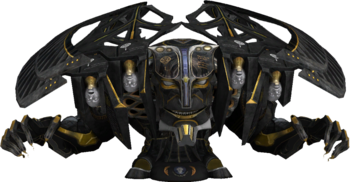 "Without our help, death is all of which you're capable. You saw the fools. A mindless mob drunk on fear of a few l'Cie."

The Primarch of Cocoon, he is revered and loved by his people as a wise and fair old ruler that protects them from the horrors of Pulse, even if it means Purging cities at times. However, he is much more than he seems to be, as the party discovers. 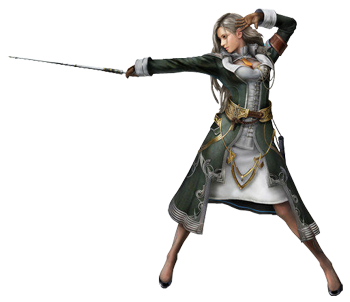 "Your son's a hero. We'll erect a memorial for him on Eden... and put his crystal on display!"

A colonel in charge of running the military division PSICOM (Public Safety and Information Command) which are charged with the handling and containing Pulse activity, and as such opposes the party.

Is available as DLC for FF XIII-2's coliseum. 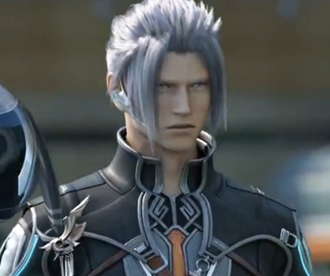 "Tell me, do you really think your life is worth more than the lives of millions of Cocoon citizens?"

Jihl Nabaat's second-in-command, Rosch is a field commander and regularly participates in battle alongside his troops, hence the scar on his forehead. He rebels against Sanctum in the end, presumably after learning of Bart's human sacrifice plan. He dies by blowing himself up to kill two King Behemoths.

"The public fears what it doesn't know... Strike down the phantoms before their eyes, and they sleep like babies."

A Brigadier General who runs a fleet of airships called the Cavalry. Cid, however, has secret machinations of seizing power in Cocoon and giving rule to the people rather than the fal'Cie, and helps the party in order to achieve this goal. Unfortunately, he is really a l'Cie and only helps the party on the orders of Barthandelus. He asks his Number Two to 'cut his strings' and kill him. 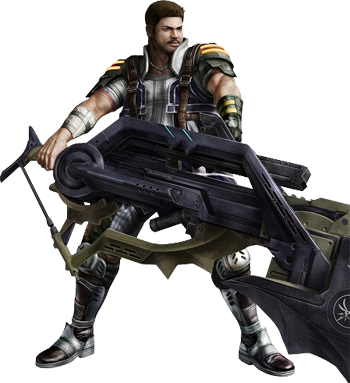 "Listen up, Farron! Your mission is to dominate this field of battle! I wanna hear that blade sing!"

A lieutenant in the Bohdum Security Regimen of the Guardian Corps and Lightning's immediate superior and mentor. 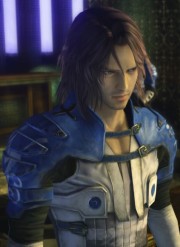 "Damn idealism! Ya feed it blood and it howls for more!"

A soldier in Cid Raines's airship fleet, he is Cid's right hand man and aids the party at his request.

All fal'Cie
The fal'Cie are god-like beings created by Pulse and Lindsei to run and maintain Gran Pulse and Cocoon. The fal'Cie create servants by branding humans are l'Cie, giving them a Focus to complete in service to the fal'Cie.
Anima

A fal'Cie sleeping inside the Pulse Vestige. When Serah Farron found it and it branded her l'Cie, the events of the game were set in motion.

A fal'Cie in charge of overseeing ecological evolution on Gran Pulse. 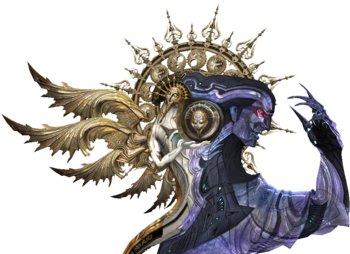 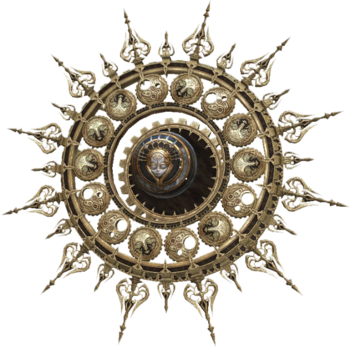 The fal'Cie powering Cocoon hidden within the capital city, He is in stasis while the other fal'Cie draw upon his massive power to cater to the whims of Cocoon's inhabitants.

The first god, and the mother of Bhunivelze. She was killed by him so he could Take Over The Mortal Realm. 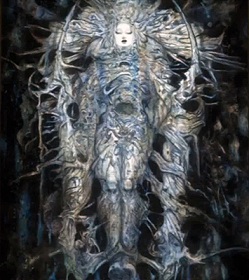 The Goddess of Death who is said to be the creator of the human race, and one of the remaining fal'Cie. Etro does not actually appear within the series in person, but plays a very prominent role in the back story.

The deity who is said to be the creator and master of Cocoon. He is the creator of the world in which the games take place and is such worshiped by the fal'cie of Cocoon. 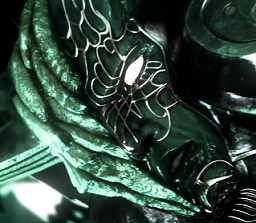 The deity which the land Gran Pulse is named after. Appears in one scene where he turns the party except for Vanille into l'Cie.