Characters / A Song of Ice and Fire - House Lannister

This is a listing of members of House Lannister that appear in A Song of Ice and Fire. 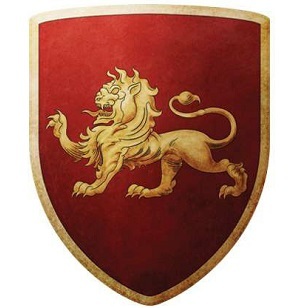 The richest house in Westeros. They control the Westerlands, with its hills and rich gold mines, and claim to descend from Lann the Clever, who is said to have stolen sunlight for his hair and winkled Casterly Rock from House Casterly using only his wits. They are of First Men origin through the female line, though they follow neither the Old Gods nor the customs of the heritage anymore since Andal adventurers married into the family hundreds of years ago. The Lannisters are powerful and controlling, and completely merciless to those they view as weak. They are effectively the royal house and become the nemesis of the Starks early on. They have notable similarities to the historical Borgia dynasty, as well as drawing some inspiration from various members of the Wars of the Roses. They have a second, unofficial motto — "A Lannister always pays his debts" — which is an invitation to Good Samaritans and a warning to Bad ones. Their members are beautiful, with green eyes and blonde hair, and their sigil is a golden lion on a red field.

Given that Robert's children are really the bastards of Jaime and Cersei, the Lannisters are the de facto rulers of the Seven Kingdoms. 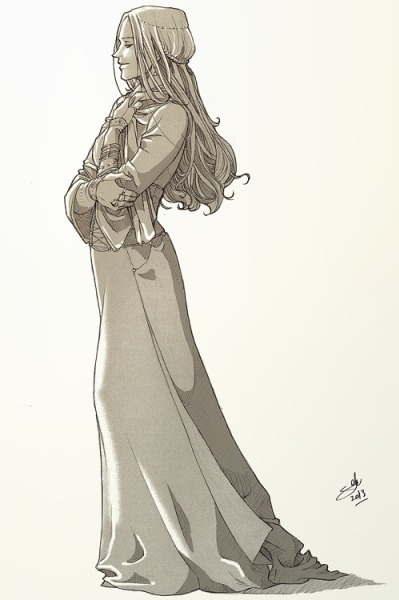 In those days, his father had been Aerys's Hand, and many people said that Lord Tywin Lannister ruled the Seven Kingdoms, but Lady Joanna ruled Lord Tywin.

Daughter of Jason Lannister and his second wife Marla Prester. Was Tywin's cousin and wife and mother of Cersei, Jaime and Tyrion. Died giving birth to her son Tyrion.

Ser Kevan Lannister, Regent and Protector of the Realm 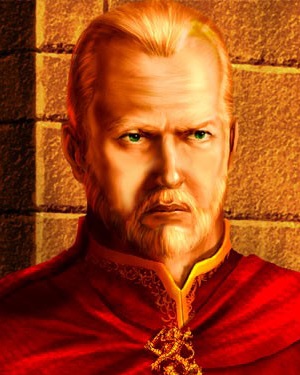 "When a dog goes bad, the fault lies with its master."

Second child of Tytos Lannister and Jeyne Marbrand. Married to Dorna Swyft, with whom he had four children (Lancel, twins Willem and Martyn, and Janei). Tywin's younger brother and right-hand man for many years, Kevan has, by choice, mostly lived his life in Tywin's shadow. He is known to be stolid and reliable, as opposed to coming across as particularly villainous, and in later books is revealed to be a pretty decent man. At the start of the series, he and Tywin are the only two remaining sons of Tytos Lannister, their younger brothers Tygett and Gerion both having predeceased them. They also have a sister, Genna, who married Emmon Frey, second son of Lord Walder.

The daughter of Ser Harys Swyft, wife of Kevan and mother of Lancel, Martyn, Willem, and Janei. By Kevan's description of her she's the incarnation of Acceptable Feminine Goals and Traits.

Second son of Kevan Lannister and Dorna Swyft, and twin to Martyn. A squire in host commanded by Jaime Lannister.

Third son of Kevan Lannister and Dorna Swyft, and twin to Willem. A squire in host commanded by Stafford Lannister.

Fourth child of Tytos Lannister and Jeyne Marbrand. Was married to Darlessa Marbrand, with whom he had a son, Tyrek. He strove to escape his older brother's shadow by proving himself as a warrior, but never succeeded at surpassing him. Nevertheless, Tygett had a good relationship with his nephews Jaime and Tyrion. He died of a pox sometime before the events of the series.

Only child of Tygett Lannister and Darlessa Marbrand, he serves as a squire to King Robert Baratheon alongside his cousin Lancel. 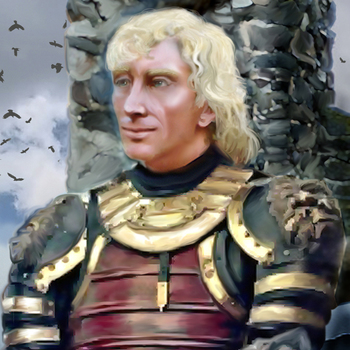 Youngest child and fourth son of Tytos Lannister and Jeyne Marbrand. Had a bastard daughter, Joy Hill, by a woman named Briony. He rejected the game his brothers Kevan and Tygett played with comparing themselves to Tywin. Gerion was known for his laughter and daring attitude. Like his brothers Kevan and Tygett, he loved and appreciated the worth of his nephew Tyrion. He disappeared on a journey to the ruins of Valyria to recover the ancient Lannister Valyrian steel sword Brightroar. 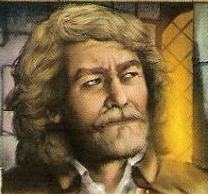 Oldest son of Jason Lannister and Marla Prester. Brother of Joanna Lannister and uncle to Cersei, Jaime and Tyrion. Married Myranda Lefford, with whom he had a son, Daven, and two daughters, Cerenna and Myrielle. During the War of the Five Kings he was tasked with raising a third Lannister force at the village of Oxcross, near Lannisport.

Ser Daven Lannister, the Warden of the West 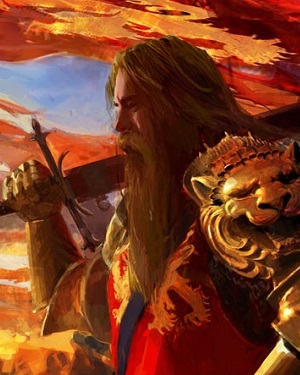 "You know the best thing about heroes, Jaime? They all die young and leave more women for the rest of us."

Oldest child and only son of Stafford Lannister and his wife Myranda Lefford; first cousin to Cersei, Jaime and Tyrion. Much more competent than his father. He took command of his father's remaining forces and later laid siege to Riverrun. After Tywin Lannister's death, he is named Warden of the West.

Vylarr is the captain of the Lannister guards stationed at King's Landing early on in the War of the Five Kings.
Lester

Lester is a guard sworn to House Lannister.
Lum

Lum is a guard sworn to House Lannister.
Jyck

"Vain and proud she was, before...so haughty you'd think she'd forgot she came from dirt. Once we got her clothes off her, though, she was just another whore."
—a Lannister guardsman

The lowborn daughter of a candlemaker, who became Tytos' mistress in his old age.

A Lady-In-Waiting to Princess Myrcella Baratheon when the princess went to Dorne. A distant cousin to the main Lannister line, Rosamund is about two years older than the Princess.