Characters / A Song of Ice and Fire - Tyrion Lannister

Tyrion Lannister, Acting Hand of the King, Master of Coin 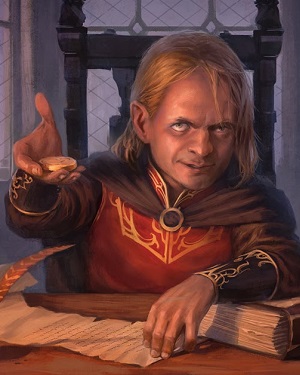 "A mind needs books as a sword needs a whetstone, if it is to keep its edge."

The last and least son of Tywin and Joanna Lannister, Tyrion is a deformed dwarf nicknamed "the Imp." Many scorn him for his hideous appearance and his father Tywin considers him an embarrassment to the perfectionist Lannisters. Despite this, Tyrion is the most compassionate and genuinely heroic of his family. He is also extremely smart and cunning like his father Tywin, but his family never appreciates what he does (except for Jaime). Tyrion is a favorite of author George R. R. Martin.