Characters / From the New World

This page is for tropes related to characters appearing in From the New World.

The protagonist and narrator of the story, Saki is a young girl living in the town of Kamisu 66, a cordoned village in a future where humankind has developed psychokinetic abilities. These powers manifest during mid adolescence around twelve years of age. Her powers were late to develop, leading her to believe that she would fall victim to the 'neko damashi', giant felines that are said to abduct children that are not blessed with such power before they mature. The story picks up as she enters Zenjin academy and joins her friends.

Saki's childhood friend. Loud and boisterous, Satoru is as quick with his powers as he is with his tongue. He enjoys nothing more than to stir up his friends, especially Saki from which he takes particular enjoyment. Satoru is also very smart and loyal to his friends. He matures as the story unfolds.

Friend to Saki since their formative years, Maria's proficiency with her powers are extremely binary. She excels in matter manipulation such as levitation but poor with skills that require creating mental images. While attending Zenjin, she formed an even closer relationship with Saki, bordering on the romantic.

Mamoru is a quiet and reserved student with no outstanding skills, however he appears to be proficient at drawing images through his psychokinesis. Mamoru also harbours feelings for Maria; she has yet to reciprocate them. His drawing skills are remarkable.

Top student of his class, Shun is a calm and collected individual who often takes middle ground when conflict breaks out. 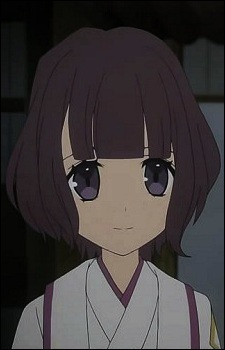 A timid girl whose powers of telekinesis are weaker than that of her friends'. 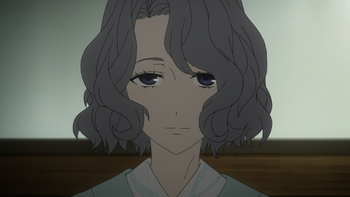 Satoru's grandmother, having survived an Akki attack on the hospital she worked for, Tomiko has since rose to the head of the Ethics Committee. As the village's leader, it is up to her to maintain status quo and to prevent future attacks by Akkis and karma demons. 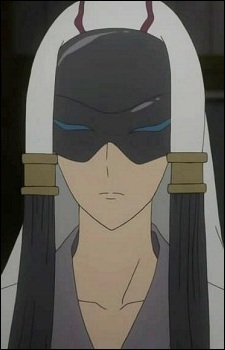 The consultant to the Security Council. Is rumored to have the strongest power in the world.

Saki's parents, Mizuho is the Head Librarian and Takashi the Mayor of their village, both quite important jobs. They Love her dearly and are overjoyed when she finally becomes "an adult" after receiving her power. 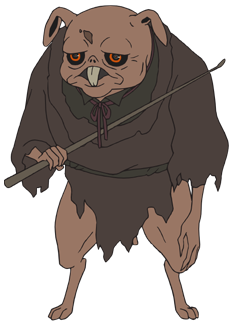 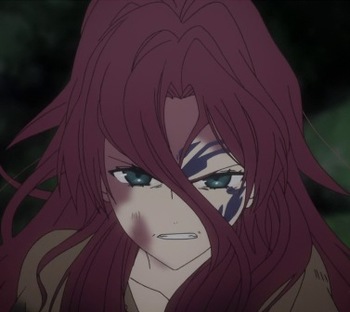 An Akki apparently controlled by Yakomaru, called "the messiah" by the Robber Fly and allied colonies. A boy in the novel and manga, a girl in the anime.

The latest recorded Akki after the destruction of the modern world. A boy who showed sociopathic tendencies and suffered abuse at home, he eventually realized his Power Limiter doesn't work. This led to a vicious rampage that terrorized the village for days.

A young girl who became the latest Karma Demon before Shun himself became one decades before the main story. The only child of farmers outside the Village of Gold, Izumi's power began subconsciously spilling itself, warping her environment around her, including living beings.

Emperor Daigangitei (The Emperor of Delight)

The fifth emperor of the Holy Cherry Blossom Empire, who ruled eight hundred years before the events of the series.

These characters appear only in the manga which is very different in tone, story and characterization from both the novel and the anime.
Haruka Sakai

A first-year at Sage Academy after the manga's timeskip. She, along with her Childhood Friend Sho are survivors of the attack on Kamisu 66 and accompany Saki and Satoru to Tokyo. Like Reiko 14 years ago, she does not have very strong abilities.

A first year at Sage Academy after the manga's timeskip, who joins Saki and Satoru on their quest in Tokyo after the attack on Kamisu 66. He constantly insults and bullies his Childhood Friend Haruka, but secretly harbors strong feelings for her and will protect her at all costs.