Voiced by: Matt Hill
Live-Action Portrayal by: Dorian Barag
"When I got picked to be Game Master, I couldn't believe I was really in Videoland! But, ever since I got here, it's been one exciting adventure after another! Maybe I'll never go home! What can I say? I'm hooked!"

The main hero of the show, Kevin is a Californian teenager from our world who got zapped into Videoland one day. As the daring Captain N, Kevin works to help save Videoland with the help of his Power Pad and NES Zapper.

Voiced by: Venus Terzo
"My father trained me to fight for freedom, Captain N. I can take care of myself."
The acting sovereign of Videoland, Princess Lana isn't from any particular video game. She wants to help rescue her missing father, King Charles, from the dimension he is imprisoned in.
Mega Man 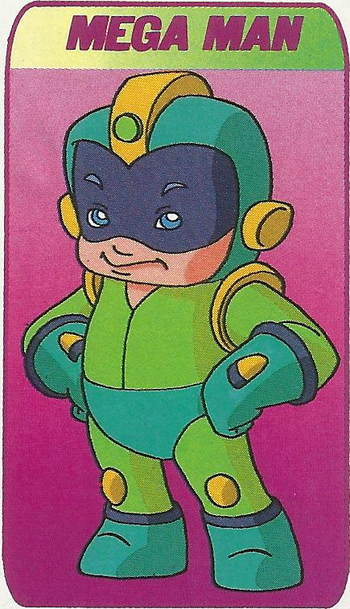 Voiced by: Doug Parker
"How do we keep getting into these mega-messes?"

The hero of the Mega Man (Classic) series, Mega Man is a short robot built by Dr. Right to protect Megaland. 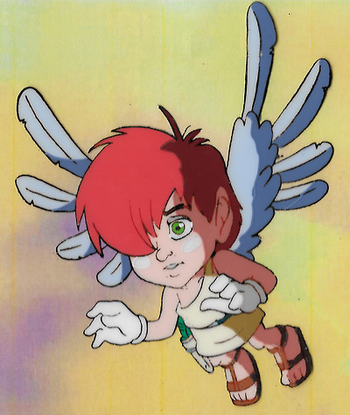 The hero from Kid Icarus (although his name is actually Pit in that game). Kid Icarus acts as the team's long-range attacker and archer hailing from Mount Icarus. 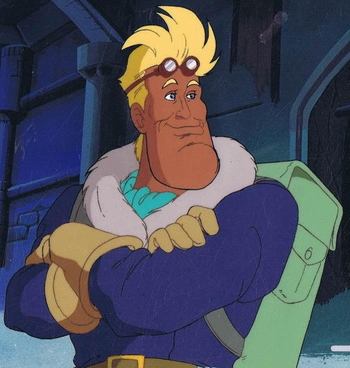 The hero of the first two Castlevania games, Simon Belmont is an expert vampire hunter, though in the show he's more the bumbling comic relief. He's also the great-grandson of Trevor Belmont. 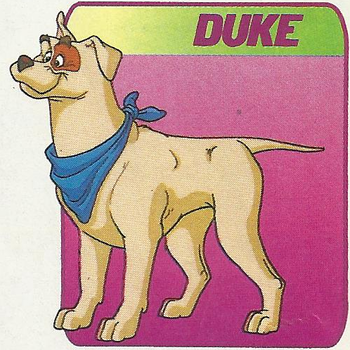 Voiced by: Tomm Wright
Live-Action Portrayal by: Louie from Critters of the Cinema

Kevin's pet dog, Duke was pulled into Videoland with him and becomes part of the N-Team. 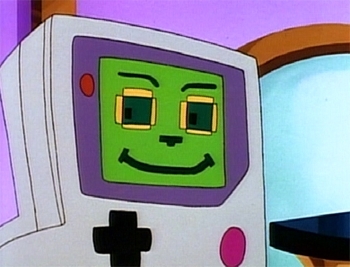 Voiced by: Frank Welker
"I am Game Boy! I am programmed to play games!"

A Sixth Ranger added to the team later on, Game Boy is destined to be the most powerful hero in Videoland. He doesn't do much to back up this description. 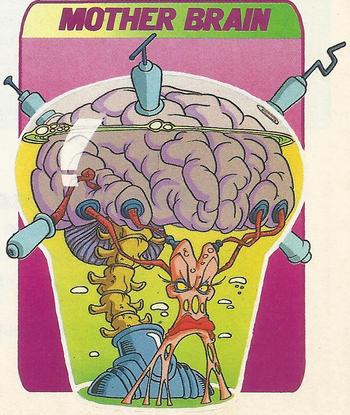 Voiced by: Levi Stubbs
"The sacrifices a beautiful brain has to make in the name of evil..."

The main villain of the Metroid series, Mother Brain rules the asteroid Metroid in the show and is constantly thinking up ways to take over the Palace of Power. 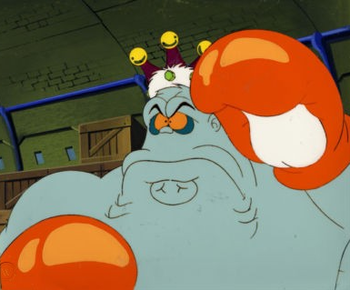 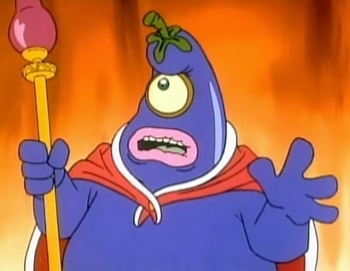 An annoying enemy from the Kid Icarus series, the Eggplant Wizard acts as Mother Brain's magician and uses his magic to stymie the N-Team. 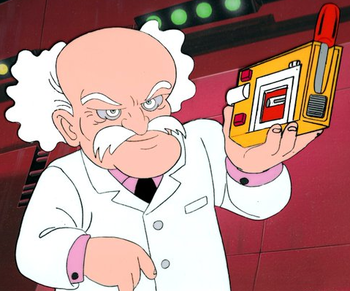 The main villain of the Mega Man series, Dr. Wiley uses robots and several inventions in his attempts to take over the world, and assists Mother Brain on occasion. He's one of the more competent villains, but is foiled every time. 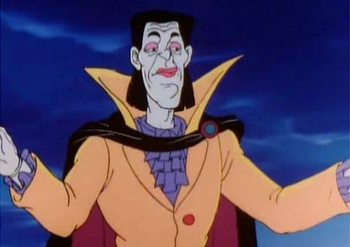 Also known as Dracula, the Count is the main villain of the Castlevania series and tangles with Simon Belmont frequently. He has a son named Alucard. 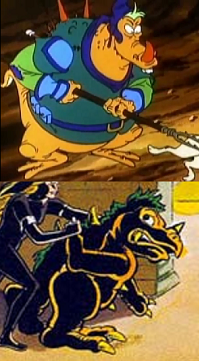 Kraid in the animated series (top) and comics (bottom).
Voiced by: Doug Parker

A Space Pirate from Metroid, Kraid is a minor recurring villain who acts as one of Mother Brain's henchmen. 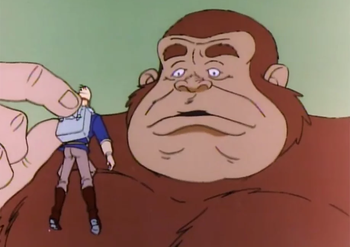 The main villain of the Donkey Kong arcade game, Donkey Kong is about the size of King Kong in the show. 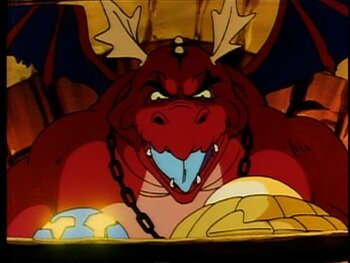 The main villain of Dragon Quest I, the Dragonlord is a ruthless dragon who plans to conquer Dragons' Den. 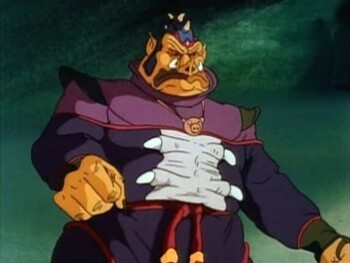 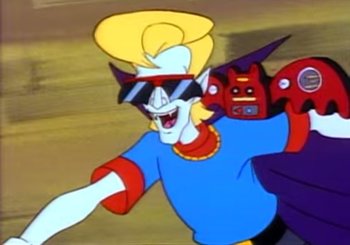 The Count's son, Alucard is a hipster skateboarder who helps the heroes—or so he says. 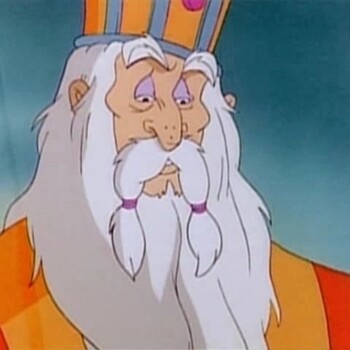 Princess Lana's father, King Charles was imprisoned in another dimension known as the Mirror World. He eventually sends Game Boy to take his place. 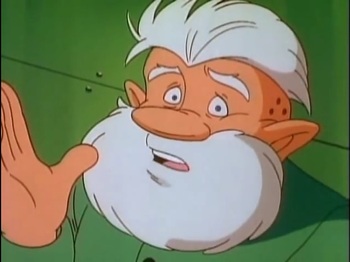 Mega Man's creator from the Mega Man games, Dr. Wright is a short eccentric scientist with plenty of inventions to help the N-Team. 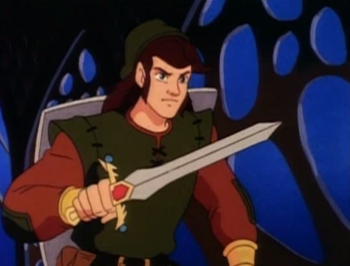 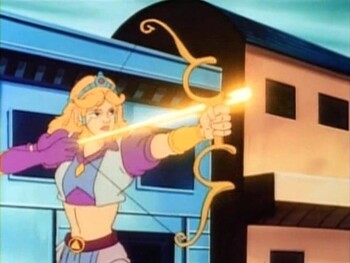 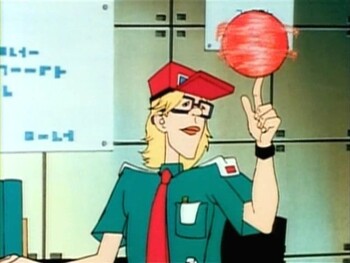 The older brother of Princess Lana who moved away to live on the world of Tetris. 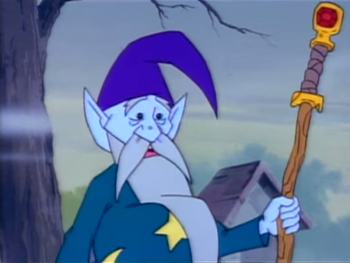 An old wizard who lives in the world of Castlevania, where he once helped Trevor Belmont defeat the Count. One hundred years later, he lends his assistance to Kevin and Simon while they try to clear Trevor's name. He acts as the show's counterpart to Sypha Belnades from Castlevania III: Dracula's Curse. 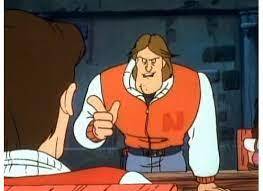 A human from our world, Mike used to be Kevin's friend before they had a falling-out, and he became a bully to Kevin. The villains create an android replica of him to intimidate Kevin into giving up, but he's able to convince it to become friends. 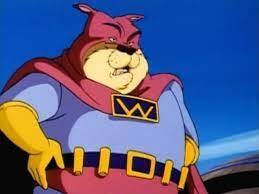 An anthropomorphic wombat who serves as the Videoland equivalent of Batman. Not a real superhero, it must be noted, just a TV personality. 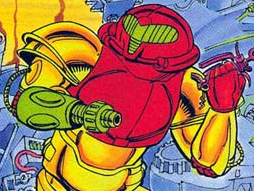 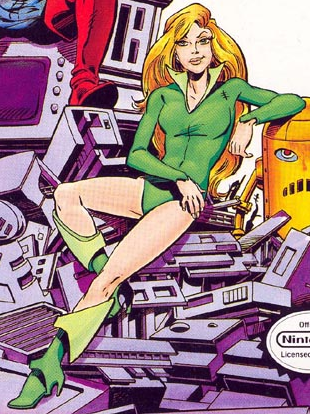 "Remember... I can do a lot worse than send you to prison, boys!"

Only appearing in the Valiant Comics adaptation, Samus is the heroine of the Metroid games and acts as a rival for Lana, often trying to sabotage her to win Kevin's affections. 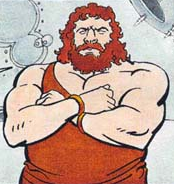 The Lord of the Sky, Uranos is one of the villains united by Mother Brain under the League of Darkness.