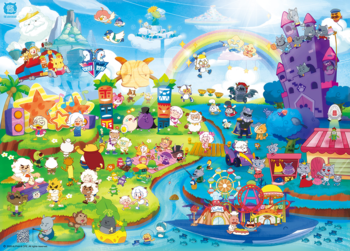 Characters that appear across all or multiple installments of the series

All Characters in General
Goats 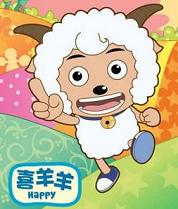 The main character of the show, a generally pleasant and happy goat (if his Chinese name didn't already clue you in) who serves as the leader of the goats. 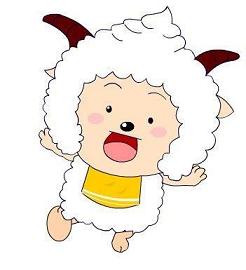 One of Weslie's best friends, who mostly cares about sleeping and eating. 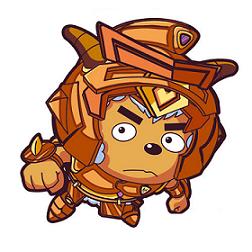 A strong, quick-tempered goat who likes to play sports and has a crush on Tibbie. 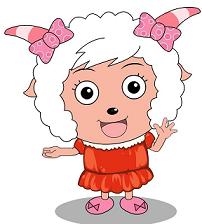 A kind, sweet, and emotional goat who cares about her own fashion and has a crush on Weslie. 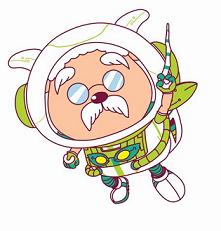 An elderly goat who teaches the goats in school and often invents stuff to help them. 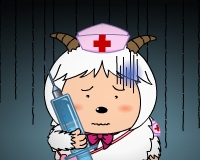 A goat who is part mountain goat, making her one of the strongest goats of the group besides Sparky, and serves as the class president for the goats' school.

Weslie's mother, who was once a famous singer.

Weslie's father, who is a scientist.
Wolves 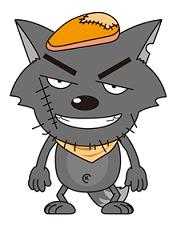 A wolf who serves as the main villain of the series. Wolffy constantly brainstorms plans to capture Weslie and his friends for him and his wife Wolnie to consume, but fails to catch them every time. 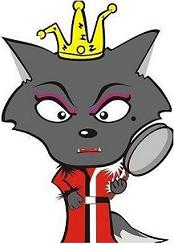 Wolffy's hot-tempered wife, who insistently tries to get him to capture the goats and hits him with a frying pan every time he fails to catch them. 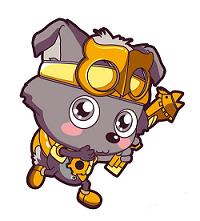 Wolffy and Wolnie's hyperactive son, who is friendlier towards the goats. 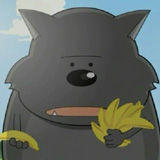 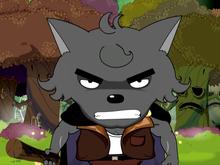 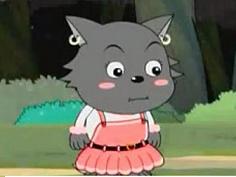 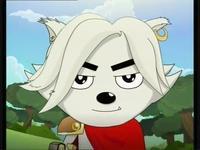 Chen Yang Zai/ The Slayer of a Thousand Goats 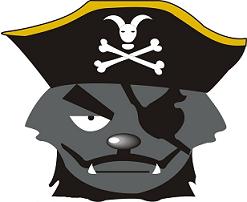 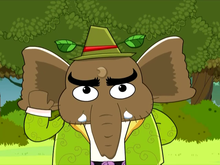 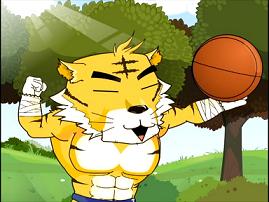 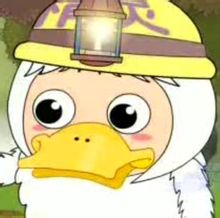 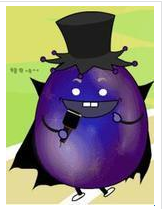 Introduced in Paddi the Amazing Chef

Introduced in The Tailor's Closet

Introduced in Adventure in the Sea

The director of the Weather Factory, this inventor helps Weslie and Paddi to deliver weather fruits.
Introduced in the Pleasant Goat Fun Class series

A little rabbit who appears in Pleasant Goat Fun Class: The Earth Carnival. Earth Sister flies around on a little globe and guides the goats and Wolffy around the carnival's rides.

Characters exclusive to the movies

The bacteria in general

Desert Trek: The Adventure of the Lost Totem/The Tiger Prowess

The gourds in general

The film's antagonist, an anthopomorphic bitter gourd who wants to turn the moon bitter.

Four of the Bitter Gourd King's mooks, consisting of a winter melon, a pumpkin, a cantaloupe, and a watermelon.
Mission Incredible: Adventures on the Dragon's Trail

The snakes in general