An ordinary teenager-turned-hero who was forced to inherit the job after the disappearance of his part-time hero parents. Penn is energetic and sometimes overenthusiastic but is completely dedicated to his new career. 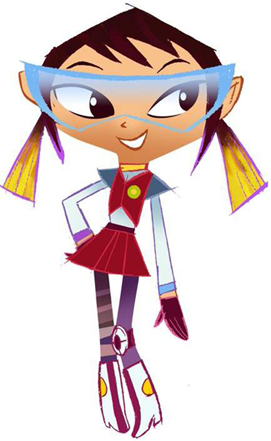 Penn's friend and a part-time sidekick, though she tends to behave more like The Big Guy during missions thanks to her fighting abilities. Sashi is serious and a little too fond of violence but has an obvious soft spot for her companions. 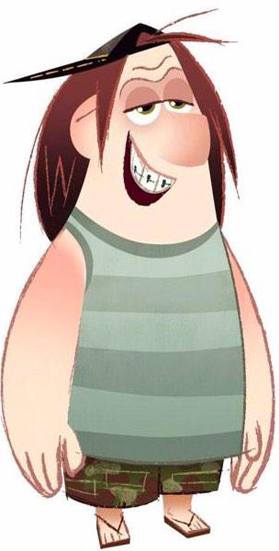 Penn's friend and a part-time wise man. Boone is odd and a bit of an airhead but shows signs of being a surprisingly logical thinker, often pointing out errors and solutions that everyone else overlooked. 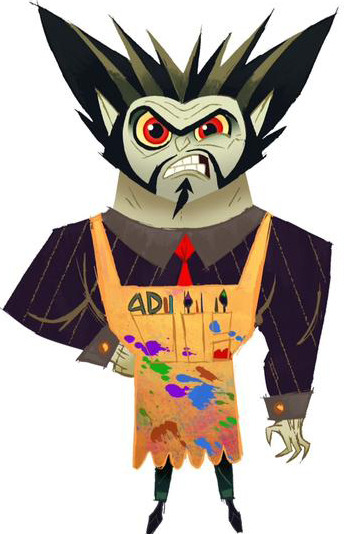 A part-time villain who also happens to be the heroes' art teacher, much to his chagrin. Cynical and grumpy thanks to his countless losses but also a threatening Determinator who gets the upperhand whenever the heroes underestimate him. 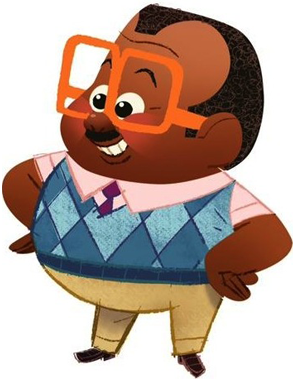 A cheerful part-time minion who has a separate job as the heroes' school principal. Being a multimillionaire, he doesn't really need either of his jobs but stays employed in order to spend time with Rippen.

General Bighorn
From the Dragon Dimension.

The leader of the Unicorn Army. Muscular, boisterous, and ruthless, she won't hesitate to utterly destroy her opponents through brute force or a blindingly lethal rainbow blast. 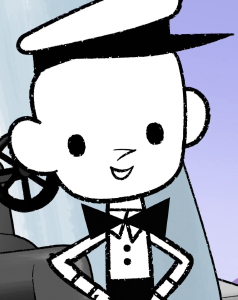 From the Cereal Dimension.

A man made of milk who plans to flood the cereal crops with milk, turning them soggy and ruining the economy and primary food source of the dimension. 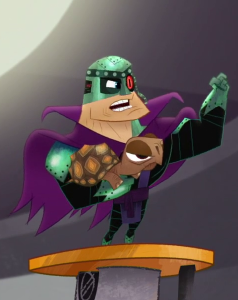 From the Superhero/Supervillain Dimension.

By far the biggest supervillain of his dimension, Professor Evil Professor (or, correctly pronounced, "Professsorrr Evilll Professsorrr!") is ruthless, cunning, and just plain not a good person. 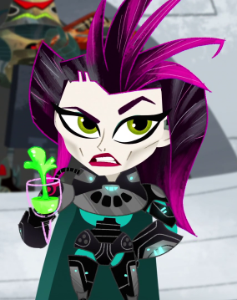 From the Planetary Conquest World. 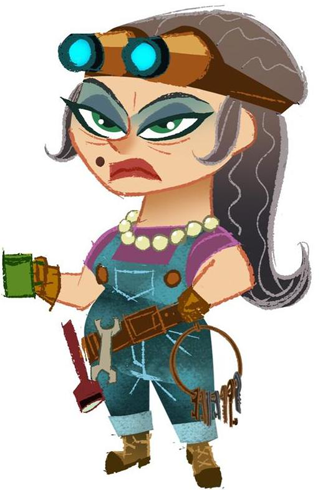 An elderly technician who's in charge of both the Odyssey and the part-time heroes. She's got some very strange habits but is ultimately a very capable boss. 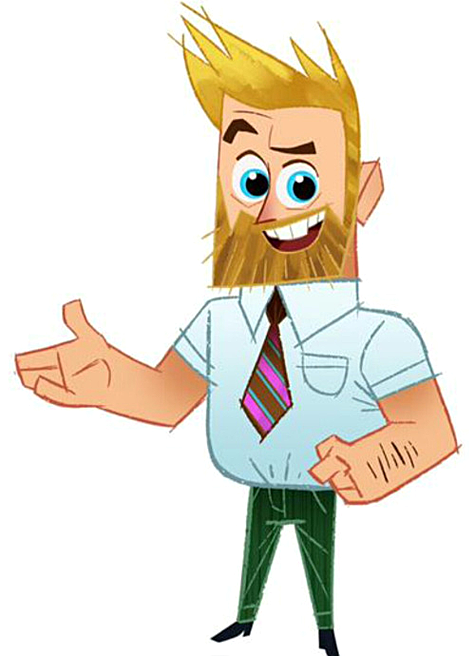 Penn's father and a former part-time hero. He's currently trapped in The Most Dangerous World Imaginable alongside his wife, Vonnie. 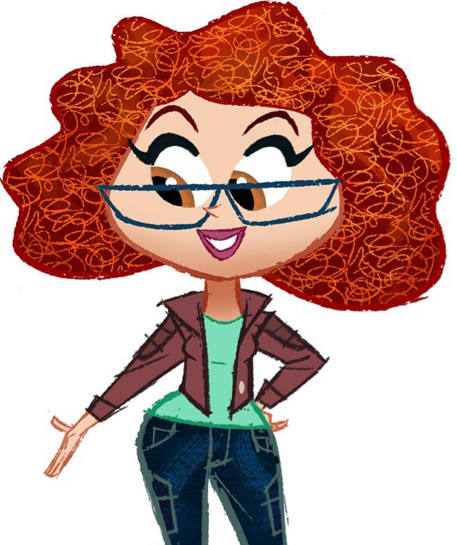 Penn's mother and a former part-time hero. She's currently trapped in The Most Dangerous World Imaginable alongside her husband, Brock. 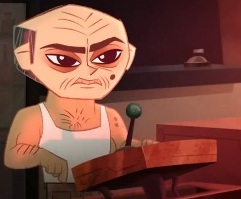 A man who's in charge of both the Fish-Stick-on-a-Stick restaurant and the part-time villains.

Penn's aunt and uncle, who act as his guardians while Brock and Vonnie are trapped in The Most Dangerous World Imaginable. 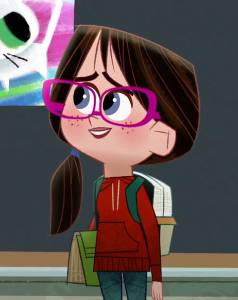 A background girl. According to Sam Levine, she will make more appearances on the show, possibly hinting that she might have a bigger role. 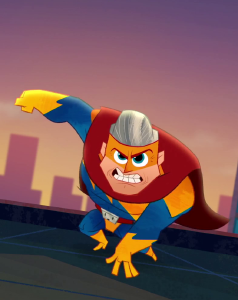 From the Superhero/Supervillain Dimension.

One of the most iconic superheroes in his realm, Captain Super Captain (or, properly pronounced, "Captaiiinnn Superrrr Captainnnn!") is your standard do-gooder with flight, super-strength, and laser vision, with the added bonus of being a highly skilled electrician. 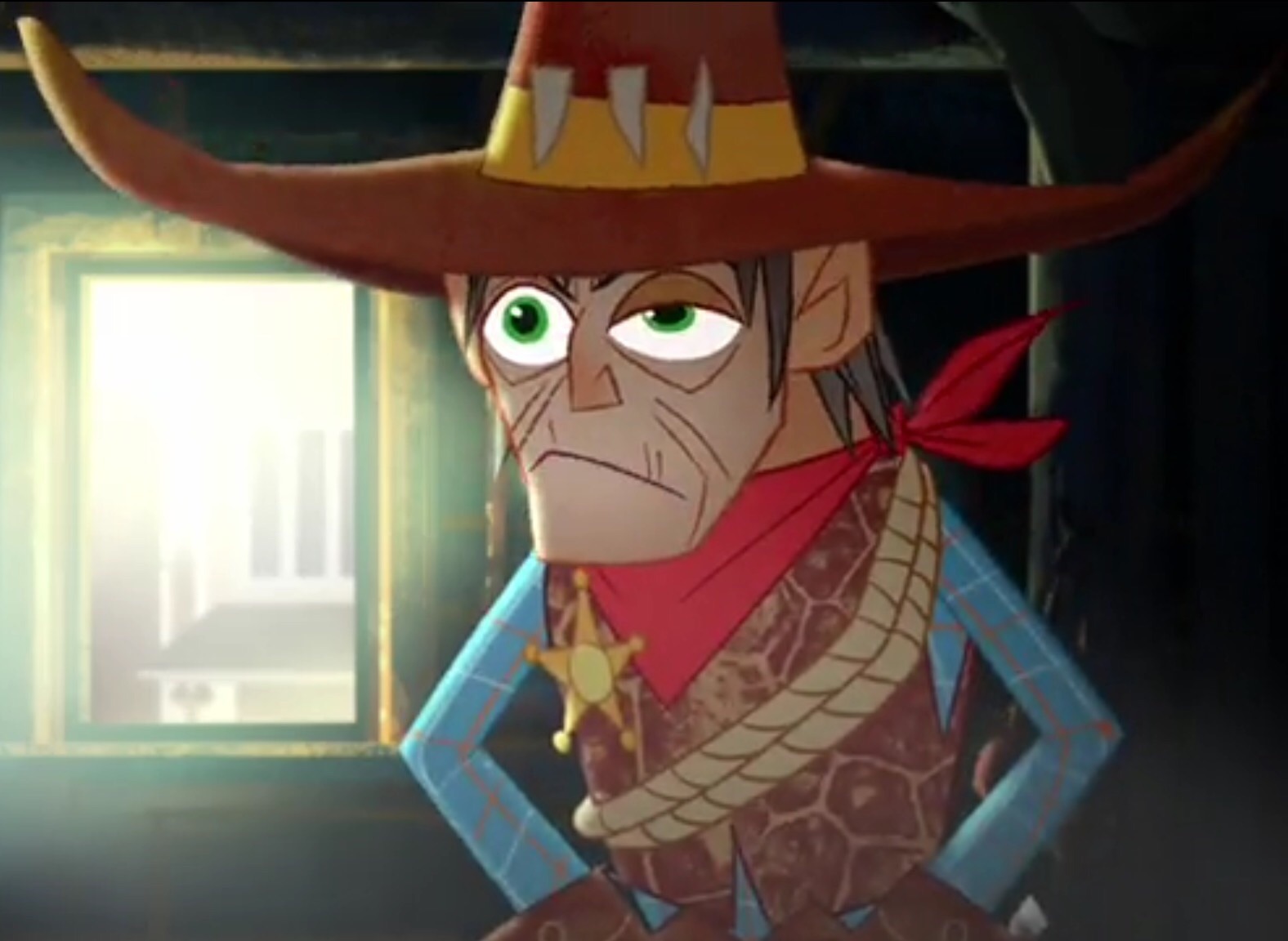 From the Dinosaur Cowboy Dimension.

The sheriff of the town the Part-Timers find themselves in—if only because he hasn't been formally booted from his position yet. Well past his prime, Briggs finds himself struggling to keep the law and proving to both the town and himself that he's still got it. 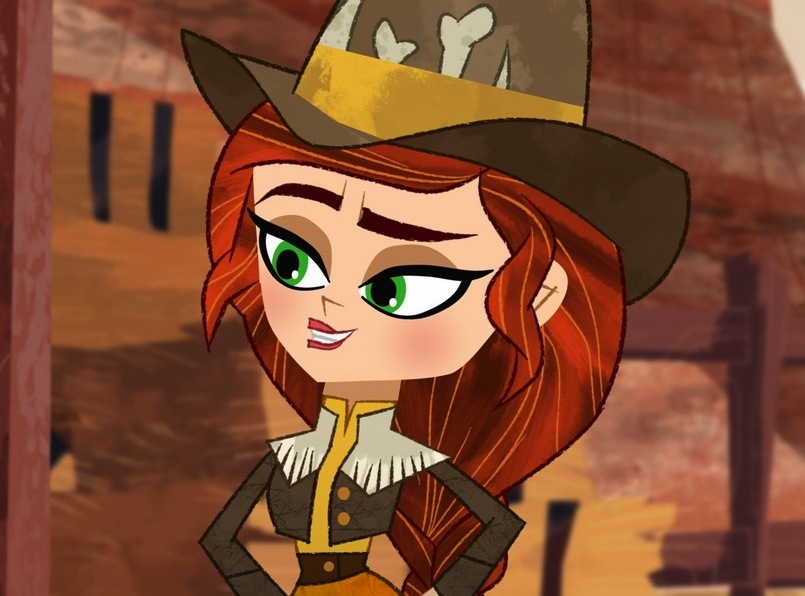 From the Dinosaur Cowboy Dimension.

A quick-witted rustler who also happens to be the daughter of Sheriff Scaley Briggs. 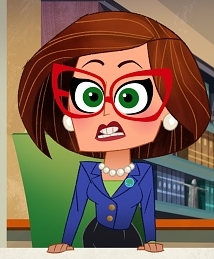 From the Giant Monster Dimension.

The president of a city nation located right next to an island inhabited entirely by monsters. She's determined to ignore what a precarious situation she's in. 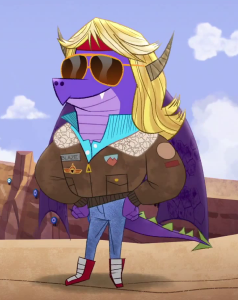 From the Dragon Dimension.

A charming and exceedingly popular Flight School cadet who Penn has to compete against in order to graduate at the top of their class. 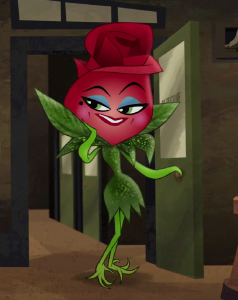 From the Plant Noir Dimension.

An enigmatic lounge singer who's searching for her brother, Fern — an actual fern, he's adopted.

Pirate Maria and Boat Maria
From the Pirates with Talking Boats Dimension.

A Pirate and her talking boat, both named Maria, a fact that is frequently lampshaded.

A ghost of a comedian from the 1930s that the gang has to save.