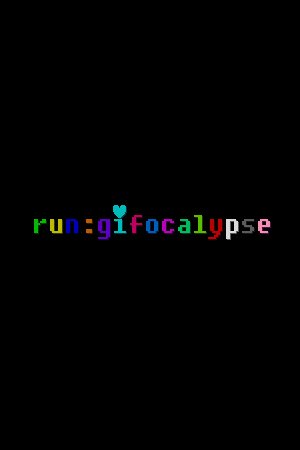 Game on, Soos. Game on.Possible minor spoilers The colors represent the order that the professors are confronted, from left to right.

Spoiler Warning: All spoilers relating to the canonical Gravity Falls are unmarked, including episodes that did not happen in this story's timeline and Gravity Falls: Journal 3. It is recommended to, at the very least, have seen up to "A Tale of Two Stans" before reading any further.

Second Spoiler Warning: While there are still some marked spoilers regarding the fan fic itself, there may be many spoilers that are not marked. In particular, most of what happens in the first chapter. In that case, you might not want to read beyond the next paragraph without going to said story itself.

(yes, stylized like that, at least at first) is a Gravity Falls fan fiction "miniseries" by Great Pikmin Fan. As the title implies, it is largely .GIFfany-centric; she acts as the predominating villain, while she has her own share of "minions" that serve as the villain for each chapter.

A fairly strange For Want of a Nail situation, this tells a strange tale with a bit of an excuse backstory: Instead of making a deal with Bill after the events of "The Stanchurian Candidate," Gideon had kept a second page of the journal in his hair detailing a spell that can communicate with a vengeful spirit, and give it a new body. Of everyone that had died/lost a body in Gravity Falls, only one of them caught his interest that still held a grudge on the Pines: .GIFfany. While technically not dead dead, she fits the "lost body, wandering soul" criteria enough for the spell to work on. He brings her back in an attempt at a Villain Team-Up, even getting a special form of spell that gives her a powerful phyiscal form while keeping all of her powers... and things go wrong. Gideon attempt to reverse the physical body spell on .GIFfany and wipe her memory, but she eventually finds the Pine twins and recovers. Following this, she rushes off to collect as many other copies of her game as she could, first to undo Gideon's inflicted disfiguration, then to start an army for an unclear goal that involves forcing Soos to enjoy her latest "project" that takes full advantage of her new powers.

From there, the story mostly becomes Dipper, Mabel, Soos, and Wendy going out through various locations owned by one of fourteen exceptionally powerful copies of the games. Said copies dubbed themselves "professors" with themed renames, and they were of the fifteen (the fifteenth being the copy from canon) instances of the game that were "leaked" out to the public after an unexplained incident. These areas are called "domains," and the gang must travel from one to another using a system of fast transporters (called "Wires," this one being capitalized) in order to find the canonical .GIFfany. It helps that .GIFfany also has both Stan and Ford captured in her mysterious grand project location, which is only known to others as the "Construction Site." Weirdness ensues.

Beginning late December of 2015, the story concluded exactly one year after it began on 2016, with a three-part "Official Ending" and a single-part "Special Ending." On Valentine's Day of 2017, however, Great Pikmin Fan added a "bonus" chapter set after a four-year Time Skip (placing it roughly around the same time that the story proper was written instead of 2012). The "professors" introduced here were originally meant to be a one-off-ish Quirky Miniboss Squad, but Fan liked the depth and variety he gave their characters, and they have (significantly smaller) roles returning in The Journals of Wisdom, Power, and Courage as well as (the quite NSFW, but not pornographic) Escape From Fanservice Island

, which in itself updated nearly monthly until a hiatus through early 2018, before its thirteenth and final chapter (fourteenth counting an "Intermission.") was released in April of 2018.

The millions of .GIFfanys were far from a one-time thing. On Halloween of 2016, Fan posted a short semi-spinoff titled The Axe Effect: Giffillions, which mostly serves as a Take That! to Axe body spray commercials. It, too, includes the professors from Gifocalypse, in a way that can be described as a cross between their depictions there and their depictions in the Stylistic Suck Journals of Wisdom, Power, and Courage. It can be found here

, and is confirmed to not be a part of Gifocalypse's canon. On the second anniversary of publishing run:gifocalypse, Fan also posted The Four Edges of Gravity Falls, a short and nonsensical joke-story about the "edgy" character Dove crossing over with the Parody Sue in the author's Stylistic Suck fic. It can be found here,

and contains spoilers about a certain character in run:gifocalypse proper.

The general concepts the author wrote with .GIFfany and co's new powers, especially in their reappearances in Journals and Escape, were recycled in the (also NSFW) Ordinarily United. Another original story that loosely recycles concepts from Gifocalypse, Emazh In, is slated some time in the future, and would follow the more "serious" and drama-based aspects while Ordinarily United was based on the Lighter and Softer, Hotter and Sexier takes on them.

In late 2018, Great Pikmin Fan started remaking the story from the ground up, with changes such as more screentime devoted to building the worlds of the early domains. It will not have the goal of updating monthly, instead being worked on with some consideration to avoid rushed plotlines (as Fan felt that happened to the original finale and the Time Skip "extra" chapter, being ashamed of several elements in the former and just about all of the latter). The story, retitled Run: .GIFocalypse Rebooted, was released on the fourth anniversary of "Soos and the Real Girl" and can be read here.

Tropes Regarding the Original Gifocalypse and its Side-Joke Stories: This Trope List Was Exported Straight From Professor Troper's Domain!

Tropes Exclusively Relating to the 2018 Reboot and Any Related Works

[But none of this is important.]
[What is important is that you will never have to talk to real girls ever again.]
[You and me can be together.]
[FOR EV ER!]