Characters who appear in Story of Seasons (2014) for the 3DS.

Oak Tree Town is populated by many colorful characters, including twelve potential love interests — six male, six female — as well as several NPCs, and yourself. It's worth getting to know all of them. 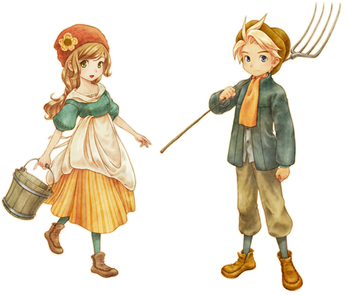 Though you had a perfectly good life in the big city, since childhood you have dreamed of becoming a farmer. When you received the pamphlet offering a place at a farm in Oak Tree Town, you responded enthusiastically, and were accepted because of the passion with which you wrote your application. Now you must make a life for yourself in the Highlands north of town, learning the trade and becoming one of the greatest farmers the little community has ever known.
Bachelors 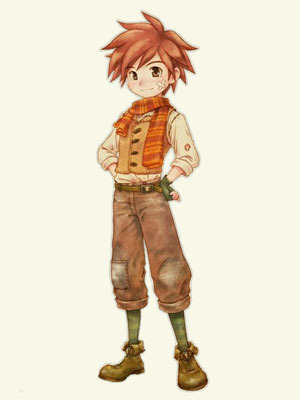 After Veronica and Eda, Fritz is the first resident of the village you meet. He's one of the four other farmers besides the player, but he's not as experienced or well-off as the others. His clumsiness and inability to think things through keep him from really excelling. In fact, he's too poor to afford a kitchen! Nonetheless, Fritz is highly optimistic and very friendly to everyone he meets. He works hard to become a great farmer and is eager to help out anyone, including rivals such as the player. 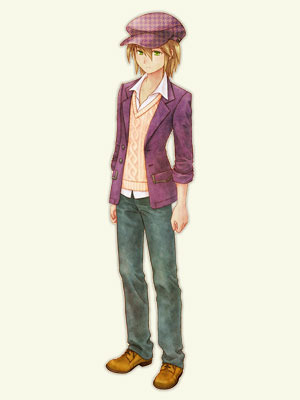 Kamil has come to Oak Tree Town in search of new and beautiful flowers for his arrangements. Returning character from Harvest Moon: Tale of Two Towns. He's a quiet man who prefers to keep to himself and do his work alone. However, he still manages to be rather charming and kind to others. He acts politely and is happy to talk about his work for anyone interested, but his aloof attitude still keeps many at arms length. 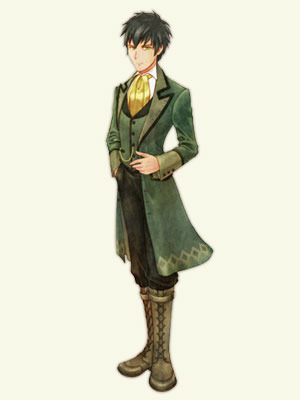 A perfumist by trade, Klaus lives in western Oak Tree Town. He is the epitome of a gentleman, always speaking politely and happy to look out for others. Being the oldest bachelor, Klaus has plenty of experience with the world (and he apparently has a very colorful past), so he tries to act as an older brother for the player. Still, he is sensitive about his age and isn't as experienced as he appears, getting rather flustered when things such as love and romance come up. 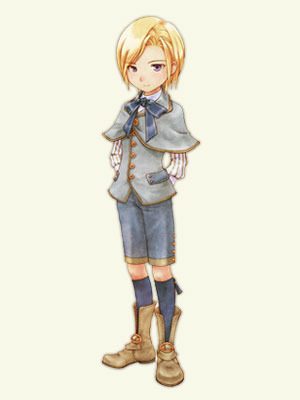 The young owner of the local antique shop, and Iris's younger brother. Despite his looks, Mistel is rather sharp and serious — probably the most serious of all the bachelors. He spends most of his time running the antique shop, reading, or playing games which challenge his brain. However, he has a rather mischievous side and loves to play mind games with some of the slower residents, such as Fritz. While friendly with most people, he doesn't form attachments easily and prefers to keep his emotions in check, but is very protective of those he does like. 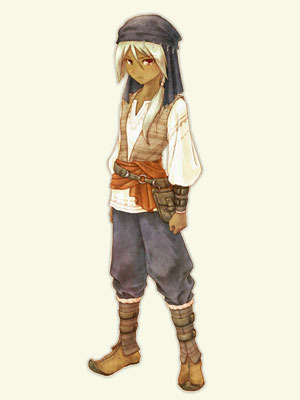 Nadi came from a faraway country to work on the grounds of Elise's estate. He specializes in the care of exotic plants. He's a rather blunt and standoffish man, at first, simply preferring to do his job and not be disturbed. He will even tell the player outright that there's no reason to talk to him. However, he shows a softer side when in contact with kids and animals. He is particularly fond of Melanie and will tell stories and play hide-and-seek with her often. Underneath his hard exterior is a good heart and a surprising lack of self-worth. 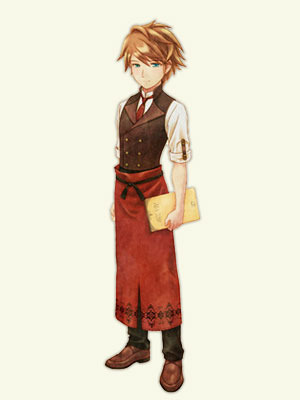 Raeger moved to Oak Tree Town to help his grandfather, who ran the town's only restaurant. Since his grandfather's death, he has taken over the business. He is very popular with the ladies, having many women from other towns come over just to see him and confess their love. Raeger doesn't really care for this, though, turning all of them down politely. He never brags about his popularity (though guys like Fritz still find it annoying) and is more interested in using it to boost his restaurant's fame. Still, he likes to take care of people and becomes excited when someone with a similar interest in cooking comes along. 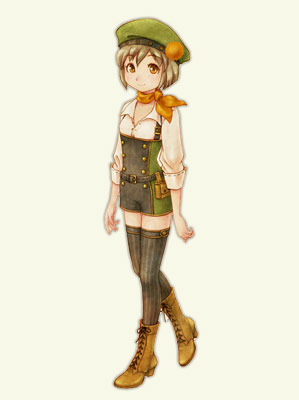 Agate is the ranger at Safari Park. She lives in what initially seems to be an unoccupied house in western Oak Tree Town. 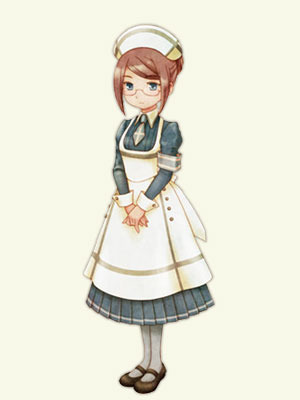 Veronica's daughter and the nurse in Marian's clinic. 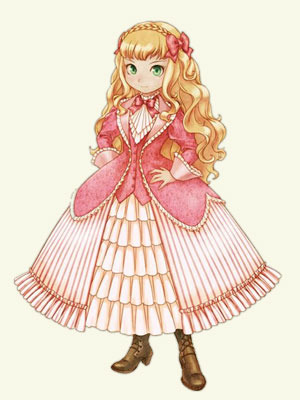 A nobleman's daughter who decided that farming would be fun. 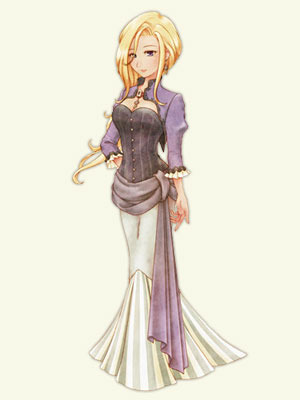 A successful novelist, Iris is the oldest of all the female love interests. She's Mistel's sister. 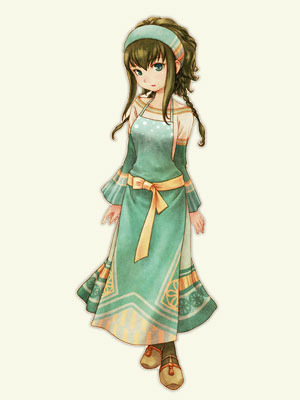 Licorice is a dedicated botanist from far away. Returning character from Harvest Moon: Tale of Two Towns. 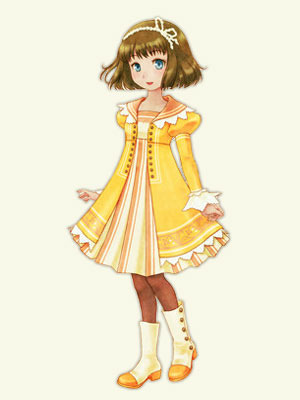 Daughter of innkeeper Maurice, Lillie is a minor local celebrity who does weather. 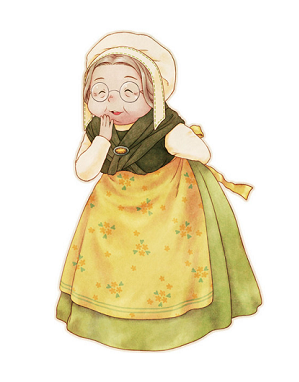 Your next-door neighbor, Eda, lets you live with her for your first few days in Oak Tree Town, as your farm is not quite ready. She's basically a walking tutorial for the player in how to tend crops and livestock. 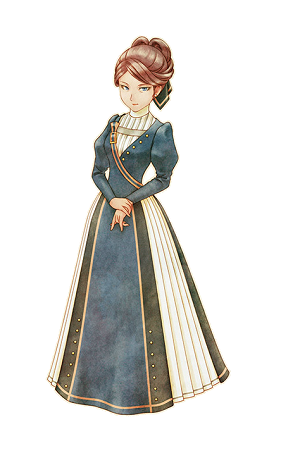 Angela's mother and the head of the Guild, which is essentially the governing body of Oak Tree Town. She's the one who approved your application to become a farmer and instructs you in almost anything Eda doesn't cover. 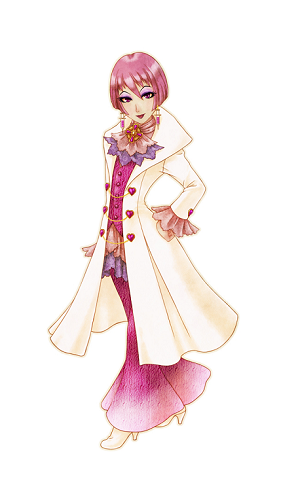 The physician at the town clinic, and Angela's boss. Marian is the one to patch you up if you pass out from overwork. 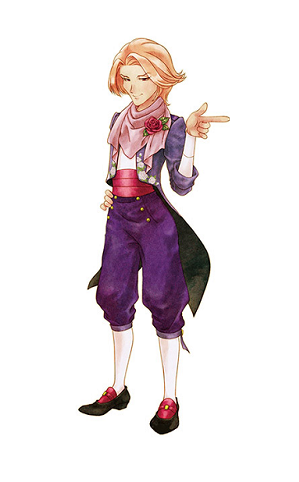 Giorgio is a gorgeous farmer-turned-model. He raises flowers and often appears in farming magazines. 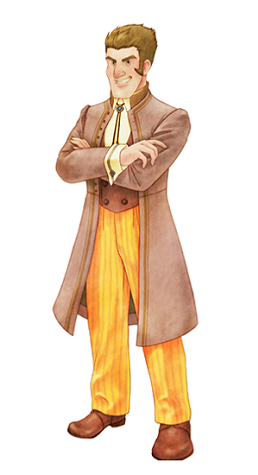 The friendly innkeeper, father of Melanie and Lillie. 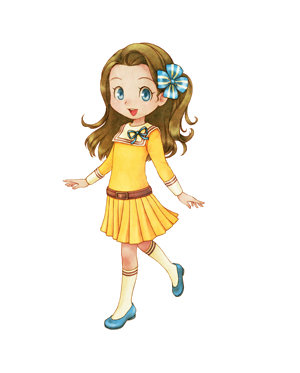 The town carpenter and husband of Corona.

The counter manager at the carpenter's and wife of Gunther. 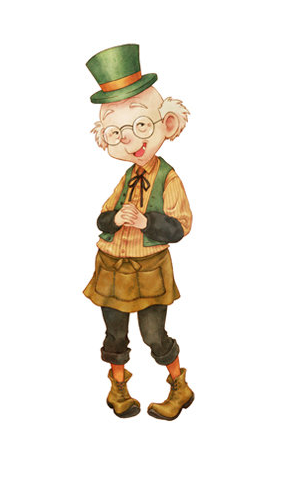 The elderly owner of the town's general store. 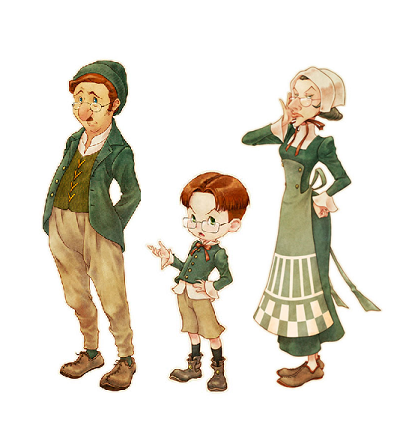 Jonas runs the vendor depot (although he takes off on festival days and Sundays). He, his wife, and their son share a house in the west end of the village proper. 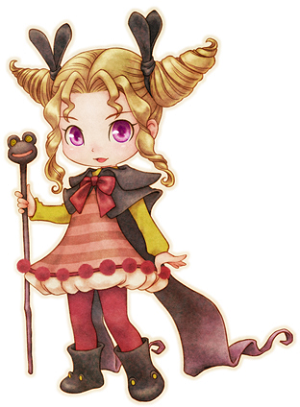 A curious little imp with magical powers. She arrives at Oak Tree Town during your first autumn and builds a house (and swamp) for herself in the forest. Returning character — sort of — from Harvest Moon: Sunshine Islands.

Dessie and the Harvest Sprites 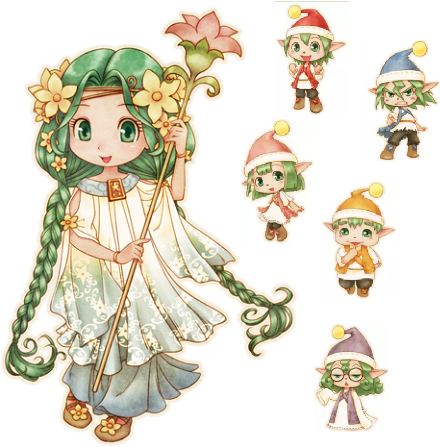 The local deity and the sprites who serve her. Dessie aids the player character and her sprites inspect the crops to make sure all is in order. With the exception of the player character, and later Witchie, they are completely invisible to everyone in Oak Tree Town. The sprites appear briefly when the player is exploring the public farmlands for the first time, and Dessie herself arrives on the first day of year 2.