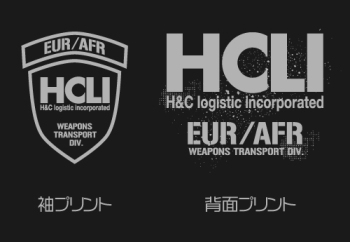 Known to the public as H&C Logistics Incorporated, it is a multinational company that operates primarily in the shipping industry. Run by Floyd Hekmatyar, he has two children named Kaspar and Koko. Unknown to the public (except for governments, criminals and "other groups"), HCLI operates in the arms trafficking business in providing weapons and needed equipment to its clients, depending on their needs. For a short time, they assisted in the transportation of people into the Balkans. The company operates on various continents from Africa to Europe to most of Asia.

The main protagonist of Jormungand, Koko is a young woman who's a member of HCLI's Europe/Africa Shipping Division - aka, an arms dealer. She travels the world with her team of mercenary bodyguards, and while she's a shrewd negotiator and businesswoman, she can also be rather childish at times.

The Deuteragonist, Jonah is a Child Soldier from West Asia recruited by Koko to join her team, which causes a certain unease in the team as many of Koko's bodyguards have been on the opposing sides of child soldiers. Hates guns and arms dealers, and ironically is working for an arms dealer. As time goes by, he's becoming something of a mascot/surrogate younger brother to Koko's team.

The oldest member of the team (in terms of both age and likely service) and an ex-Delta Force operator, Lehm is the unofficial and de facto leader of Koko's bodyguards. He has excellent tactical planning and his leadership is unquestioned, and he's the Cold Sniper of the team. Prior to the start of the series, Lehm was married to Chiquita, the leader of Kasper's bodyguards.

A former Finnish Army officer with the Finnish Rapid Deployment Force, Valmet is the group's CQC expert. A good shot with a rifle, but CQC is where she really shines: Valmet is considered unbeatable when it comes to knife fighting. She is one of the longest-serving members of the team, personally recruited by Koko and seen as part of her group when they recruited Ugo.

A former JGSDF soldier with the Ministry of Defense's black ops unit called SR Team. Tojo was originally recruited to HCLI by Kasper, before joining Koko's team. Serves as a communications and intel specialist.

A former Italian Army Bersaglieri soldier and a veteran of the Bosnian War, R appears to be both a communications/intelligence specialist and shooter.

R was the sixth member of Koko's (present) team recruited, following the death and subsequent replacement of Lehm and Wilee's comrade Echo. 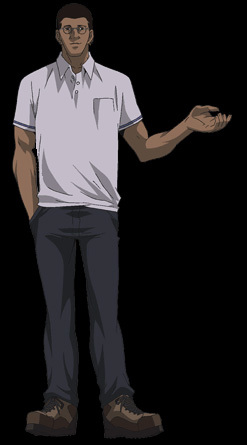 A bespectacled former soldier with the US Army's 20th Engineer Brigade of the XVIII Airborne Corps and veteran of the First Gulf War, Wilee serves as a communications specialist and as a spotter for Lutz. He also specializes in demolition. Also, one of two team members on the FBI's blacklist, meaning he can't enter the United States (the other being Koko).

Wilee is seen in flashbacks as the third member of Koko's team recruited, following Lehm and Chiquita (who has since swapped to Kasper's team).

), Lutz is the Friendly Sniper to Lehm's Cold Sniper.

Formerly a driver for a mafia group, Ugo serves as the resident Badass Driver. He's also quite attached to the cars he drives.

Formerly a soldier with an Asian army (so far not stated), Mao was the Sole Survivor of an training accident that wiped out his artillery unit. Primarily serves as a shooter, though the Dragon Shooter arc proved he still knows his stuff. Mao is one of the longest-serving members of the team, and was seen as early as when Ugo was recruited.

Koko's elder brother, who likes teasing her. At the same time he also seems to care deeply about her; a number of Koko's bodyguards (particularly Jonah) were recruited by Kasper and sent to Koko. He is officially the head of HCLI's Asia-Pacific division. 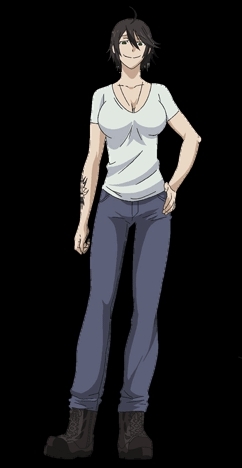 Kasper's right hand woman, and the leader of his team - who, in comparison to Koko's crew - appear more like a conventional special forces team. Prior to the start of the series, Chiquita used to be married to Lehm. And then they got a divorce. Multiple times.

Little is known about him, except that he's known in the business world for heading HCLI. Floyd is also the father of Kasper and Koko, and Lehm and Chiquita were formerly his bodyguards before they left to lead the bodyguard teams for his children.

Known to the public as Curry's Company Aerial Transport, it operates directly from Britain as a transportation company. It's also known to be an arms dealing company and is a rival of HCLI in the business, to the point that they won't mind getting on top of each other if it suits their interests.

President and owner of CCAT, and a rival of sorts to HCLI.

A woman who likes knives. A lot. Far too many knives to be sane. And considers herself a rival to Valmet.

The Only Sane Man (more or less) of the CCAT trio.

The Central Intelligence Agency is an external intelligence agency based out of Langley, Virginia in the United States of America. The division involved in the series is the National Clandestine Servicenote Formerly called the Directorate of Operations, which featured strongly in the Ryanverse, of which George Black is the head of the European Desk.

A loudmouthed and uncouth CIA agent, who is chasing Koko so that he can take over her operation and divert her earnings to the CIA.

One of the CIA's assets based in South Africa.

Hex's superior and creator of Operation Undershaft in an effort to "tame" Koko. He's Chief of the National Clandestine Service's European Desk.

A radical patriot and ex-member of the Wide Range Communications Platoon, which was suppose to be a planned all-women Special Forces unit, until she was recruited by Bookman to tame Koko after high dropouts from special forces training and opposition to consider women in special forces missions forced the US Army to disband the unit. Had seen action as an operator with the Special Activities Division prior to being recruited as part of Operation Undershaft.

Daxinghai is a Chinese multinational company that operates out of the African continent, with most of its dealing done on behalf of the People's Liberation Army. Most of its personnel are African and Chinese.

Formerly a Major in the People's Liberation Army Ground Force, Chan is running Daxinghai as a PLA-allied company to counter the influence of HCLI.

Chan's Sexy Secretary and Hypercompetent Sidekick, who can actually give Valmet a run for her money. She's formerly an officer in the PLA with the rank of 1st Lieutenant. Following the death of Chen Guoming, Karen is currently employed by Dr. Amada to serve as her official bodyguard and secretary alongside Mokoena. 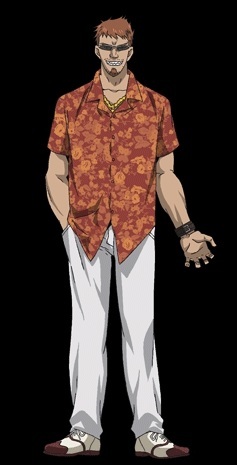 One of the two surviving members of Orchestra.

A trio of hitmen working out of a camper van somewhere in North Africa, hired to assassinate Koko and her crew. 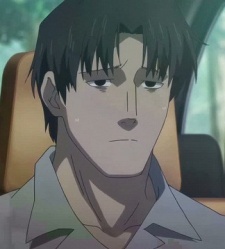 The leader of the crew, and clearly the oldest member of them. Dominic wants to get this job over with, and is seriously considering retirement. 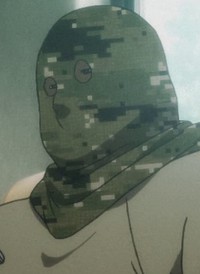 A large man, face perpetually hidded by a digital camoflage balaclava. Grégoire is the melee combatant of Boss Dominic's crew. 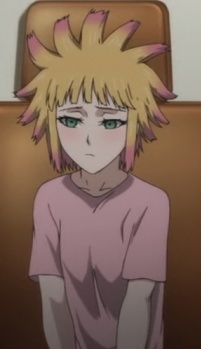 A youngish girl who's the last member of Dominic's crew. Very fast and agile.

Known somewhat "officially" as the Special Research Team of the Ministry of Defense, Defense Intelligence Headquarters, Joint Staff 2nd Division. The SR Team was Tojo's former workplace and is a black ops team of the DIH specializing in intelligence gathering and covert action. It was formed during the Vietnam War to provide intelligence support in places the Americans could not go publicly. Based out of Jakarta, Indonesia, SR uses the Ganville Trading Company as its front, and is engaged in a profitable (and illegal) side business of actual arms dealing in Southeast Asia, which sets them against Kaspar's HCLI Asia-Pacific division. One of their recent actions is with the Iranian nuclear program controversy, as SR provided the Iranians with needed material while conducting espionage in Iran at the same time.

The entire unit was defeated in Jakarta and Tokyo thanks to Koko and Kaspar's efforts. 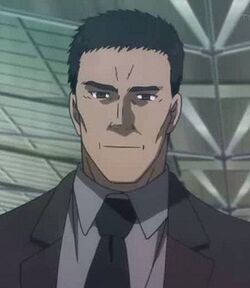 A Colonel in the JGSDF, and the 5th CO of SR. Formerly Tojo's mentor and the man who taught him all he knew (which is not the same as all Hinoki knows). Pulling the strings behind SR's actions. He's known to be married to a Thai woman, to protect his "cover". 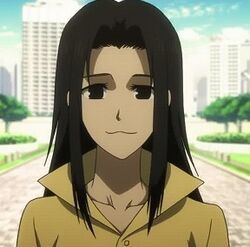 An SR operative who appears to be Hinoki's pointman (well, woman) in Jakarta. 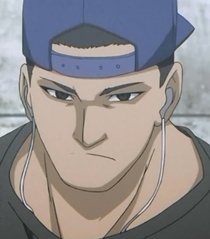 The only other named SR operative. While Kurosaka is sent after Kasper in Jakarta, Kaburagi leads the attack on Koko's unit in Japan. 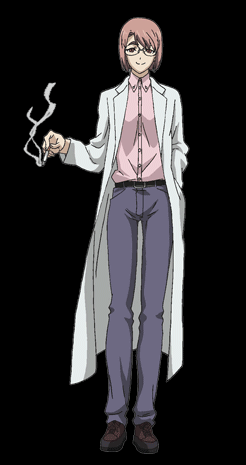 A Japanese scientist working for Märchen in South Africa and the best friend of Koko Hekmatyar. Prior to getting into the field of robotics, Minami had previously studied at the Imperial College London (under the Faculty of Engineering) and at Caltech. 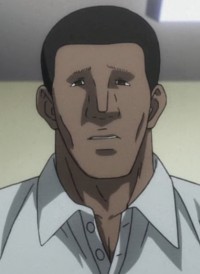 Minami's assistant. He tries to make sure she doesn't wander off to go after butterflies or other types of animals, but he ends up following her in the end. Before Karen was employed by Minami, he used to do bodyguard duties aside from being her assistant.