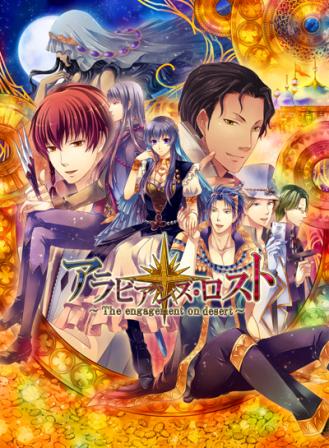 Aileen Olazabal, princess of the crime-infested nation of Gilkatar, daughter of the Robber King, wants to be normal. However, her parents, worrying for her safety, decides that she must marry, and gives her a list of five marriage candidates—her two childhood friends, as well as a legendary assassin, a doctor who is also a skilled smuggler, and a wealthy casino owner. She is not, however, allowed to choose the candidate she is to marry.

Aileen, as is expected of a QuinRose heroine, wants none of this. She makes a deal with her royal parents: if she can raise 10 million gold in 25 days, she won’t be forced to marry. As is the case with QuinRose games and otome games, there are Multiple Endings. Set in the same continent as Crimson Empire and Wizard And The Master, this game has had three Updated Rereleases, making a total of four versions including the original PC, the PS2 port, the NDS port, and finally the PSP port that was released in 2012. QuinRose has scheduled a sequel called Arabians Doubt to be released in 2013.