Cole MacGrath (AKA "The Electric Man", "The Demon of Empire City") 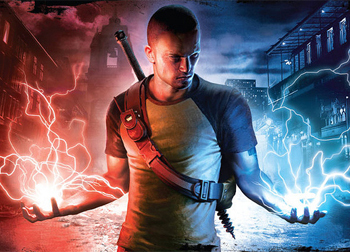 The protagonist of inFAMOUS and inFAMOUS 2. Cole was an ordinary bike courier in Empire City who accidentally activated the Ray Sphere, which resulted in thousands of people around him dying, and also gave him the ability to control electricity. Cole then spends the aftermath of the catastrophe just trying to survive the ensuing chaos and violence, while learning how and why all of this happened to him. Whether Cole uses his powers for good or evil is dependent on the player. 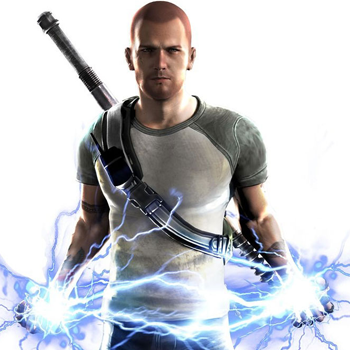 "The people around here, they love me. How long will that last?" 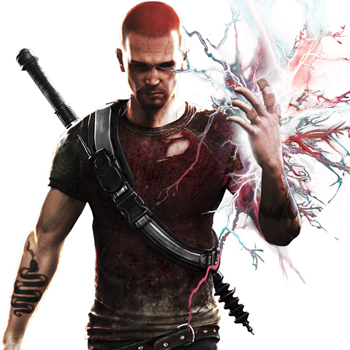 "These powers are only good for one thing: Letting me take what I want, when I want!" 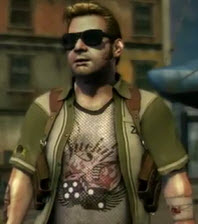 "Zeke Jedadiah Dunbar is his own man!"

Cole's lifelong best friend, who is eager to join Cole on his adventures in Empire City. Mixed results follow however. 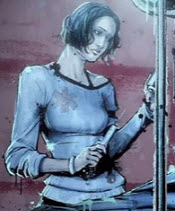 Cole's girlfriend, a doctor working hard to help the citizens of Empire City to recover from the aftermath of the Blast. She leaves him early in the game, as she believes him to be responsible for causing the death of her sister Amy during the catastrophe. 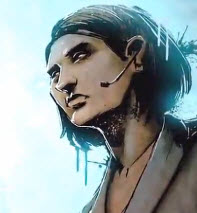 An FBI agent whom Cole works for as an informant, promising to help him escape from Empire City if he finds John White and recovers the Ray Sphere. But it soon turns out that she is actually a DARPA agent seeking to get the Ray Sphere for the government to use, and Cole is nothing more than a pawn in her plans. 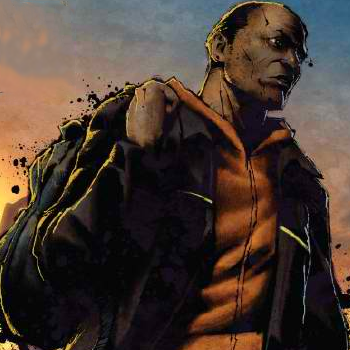 An undercover FBI agent who infiltrated the First Sons and the husband of Moya, who has recently gone silent. Cole is ordered by Moya to search for him. He later contacts Cole, and reveals that he is actually an NSA agent, and that he has never been married nor met any woman named Moya. He then recruits Cole to help him locate and destroy the Ray Sphere. 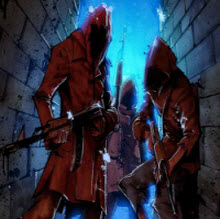 Prior to the Ray Sphere detonation, the Reapers were a very loose collection of drug dealers and petty criminals; however, after the quarantine was declared in Empire City and Sasha became their leader, the gang quickly took over much of the Neon District. Their numbers were bolstered by kidnapping innocent citizens and enslaving them with Sasha's mind-control fluid. 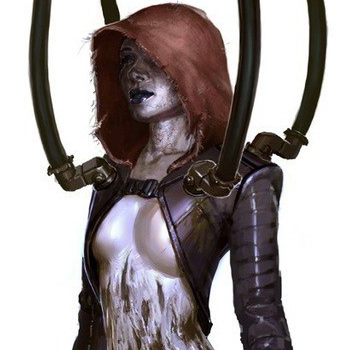 The leader of the Reapers street gang, formerly a First Sons researcher who once dated Kessler himself. She is also a Conduit with the power to produce a mind-controlling black tar from her body, which she uses to enslave people and force them to join her gang. 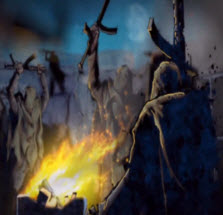 A gang largely comprised of homeless men, the Dustmen rule the Warren District in the wake of the disaster in Empire City. As a cult of personality devoted to their mentalist leader, Alden Tate, they have begun abducting engineers and construction workers to build a monument in his honor; and searching for the Ray Sphere to boost his powers to even more extraordinary levels. 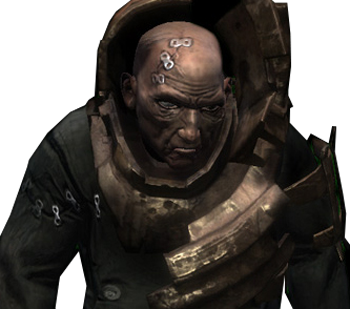 The leader of the Dustmen street gang. He was the son of Richard Tate, the former leader of the First Sons until he was overthrown by Kessler, forcing Alden to spend the rest of his childhood living homeless. After the Blast enhanced his preexisting powers of telekinesis, Alden formed an army of homeless criminals to help him on his quest to reclaim his lost "birthright" from Kessler. 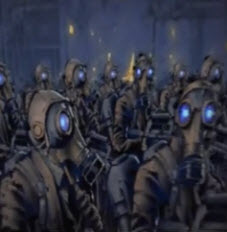 Not exactly a gang per se, the First Sons are actually a secret society of Conduits with a private army that's taken over Empire City's Historic District. With a history that can be traced all the way back to colonial America (or even medieval Europe), branches and cells all over America, and a heavy emphasis on the propagation and mastery of Conduit powers, they are also under Kessler's control, and directly responsible for causing the Blast.

Voiced by: Sam A. Mowry 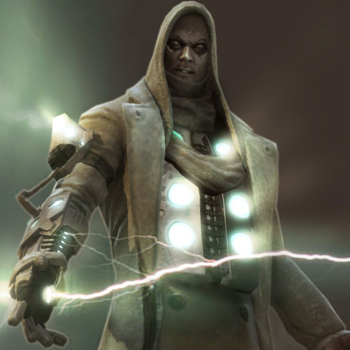 "I've always been there, Cole. Every step of your life!"

The main antagonist of the first game, and leader of the First Sons. He was responsible for planning all the events leading up to Cole activating the Ray Sphere. His powers resemble Cole's, but are much more powerful. This is because he is actually Cole from a post-apocalyptic future, who has gone back in time as part of his plan to save the world from a destructive monster known as "The Beast".

The Voice of Survival

"The Voice of Survival" (AKA Dallas)

Voiced by: Derrick Forget
"Voice of Survival, out!"

A government-critical DJ who regularly hacks the TV broadcast in order to give news updates and survival tips to the citizens of Empire City. He blames Cole for the disaster, and tries to make all his actions look like crimes.