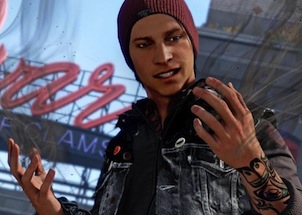 "You are not in control."
Voiced by: Troy Baker

The protagonist of inFAMOUS: Second Son, Delsin is an average joe who one day discovers he's gained smoke superpowers after dragging an injured man out of a burning bus. He is immediately labeled a "bioterrorist" by the United States government's Department of Unified Protection. However, rather than give in, Delsin opts to unleash hell on the government agents out to get him. 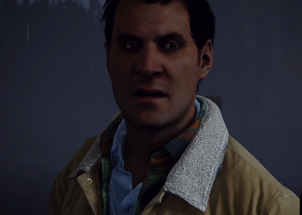 "You realize when we 'hit the town', there's a fair chance the town's gonna...you know...hit back?"
Voiced by: Travis Willingham

A police officer in the Seattle area and Delsin's older brother. After Delsin becomes a Conduit, he helps him out in any way he can.

Betty is a member of the Akomish tribe along with Delsin and Reggie, and an old friend of theirs.

"So when that bitch threw the three of us into that wagon I knew what was coming; a golden opportunity."
Voiced by: David Stanbra

A lifelong petty convict with the power to control Smoke.

Eugene Sims (AKA "He Who Dwells") 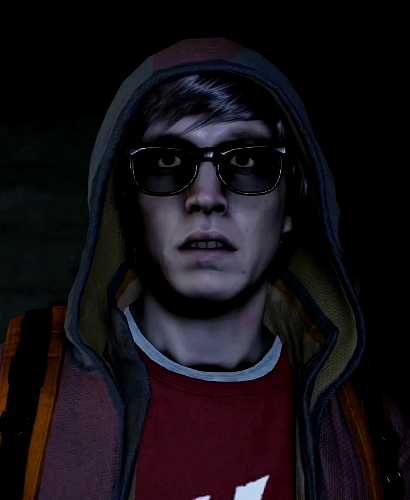 A nerdy Conduit who uses his Video powers to bring to life monsters from his favorite video game, Heaven's Hellfire. 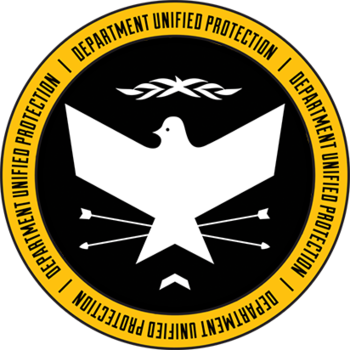 A new U.S. federal government organization that was created in the aftermath of the Beast's rampage across the East Coast during the events of inFAMOUS 2. The D.U.P. operates as a paramilitary law enforcement agency, with their mission being to find, arrest, and detain every single Conduit (or "Bioterrorist") living within the United States, with no regard for due process or any other civil liberties. 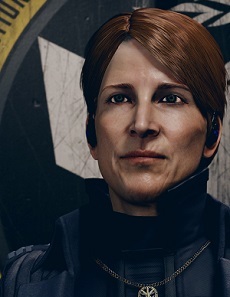 Brooke Augustine is the director of the DUP. She is the the main force behind the continuing war on Conduits, despite being one herself.

A young woman whose Conduit gene was activated during the Beast's rampage across the country, Celia was the first to be captured and imprisoned in Curden Cay. Eventually coming to think of the prison as her home, she reportedly committed suicide when she was due to be transferred to another facility. Or did she?