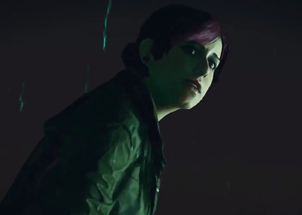 "My name is Abigail Walker, but my friends and enemies call me 'Fetch'. I've never hurt an innocent person in my life."
Voiced by: Laura Bailey

The protagonist of inFAMOUS: First Light. A Conduit with Neon powers who manages to end up on the bad side of both the D.U.P. and the Rowe brothers.

Shane is a small-time drug lord working out of the docks of Seattle, and embroiled in a losing war against the city's topmost gang the Akurans. After Brent disappears, he helps Fetch finding him. Afterwards, he shows his true colors by kidnapping Brent to force Fetch to continue working for him.