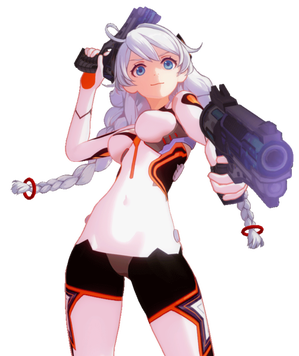 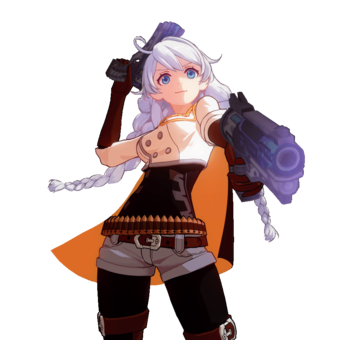 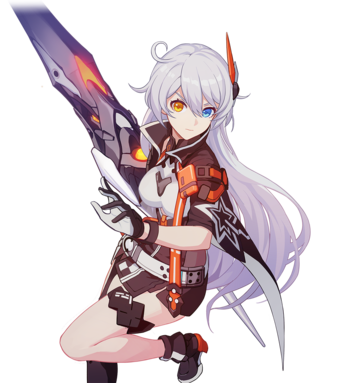 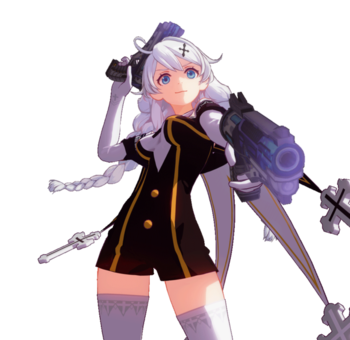 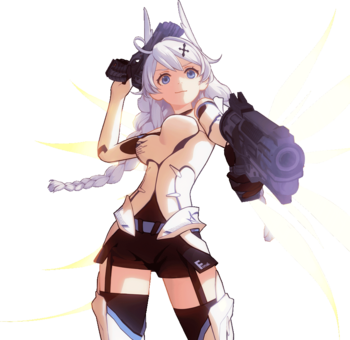 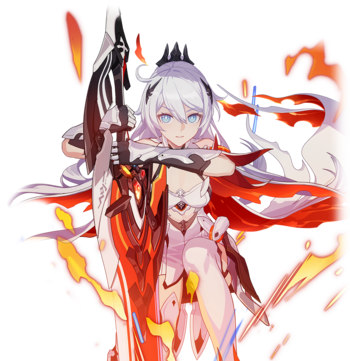 Herrscher of Flamescion
"It sure isn't all sunshine and rainbows, but there are people who taught me to never give up. They've been guiding me and showing me all the beautiful things in this world."

The Protagonist of the story. She is the 69th successor of the Kaslana family and daughter to Siegfried Kaslana and Cecilia Schariac. Her mother died when she was young and her father later abandoned her. She attended various schools before ending up in the same school as Mei and Bronya. She (along with her two friends) later joins Schicksal, enrolls in St. Freya Academy and becomes a Valkyrie to find out what happened to her parents. Kiana also has rather open feelings for Mei, something that (among other things) sparks her rivalry with Bronya. 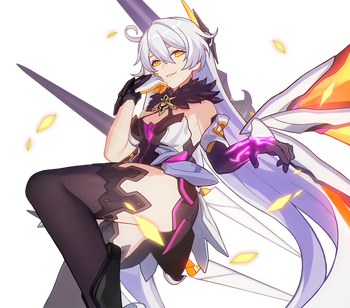 "Humans, your existence is a mistake. War, deceit, jealousy, greed. You once took everything from me, but today I will devour everything. Because I am the Honkai!"

The wrath of Sirin, the second Herrscher, whose spirit Otto Apocalypse implanted into "K-423"'s artificial body in hopes of reawakening the second Herrscher. His plan "succeeds" at the end of chapter 8, when the Void Queen takes control of Kiana's body and fully awakens as the Herrscher of the Void once more.

She is playable as the awakened suit (S rank BIO type) of Knight Moonbeam. Her signature weapon is Keys of the Voidnote pri-arm: Domain of the Void.

For more information on Sirin as she appeared in the 2nd Honkai War, see her folder here.