An organization founded in North America around the 60s. Like Schicksal, their primary aim is to respond against Honkai threats, and their technological level rivals that of Schicksal's. They primarily use robots as their frontline force. Despite their similar aims, the two organizations have some animosity against each other. 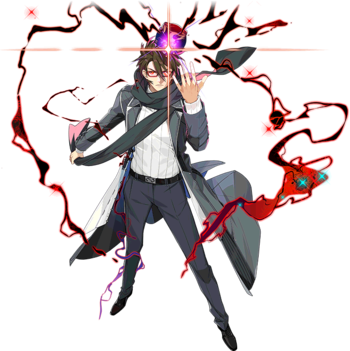 The "Sovereign" of Anti-Entropy, and the "First Herrscher" (aka "Herrscher of Logic/Reason"). His first in-game appearance is in Chapter 9-EX2, although he has been featured in the supplementary comics.

He later is featured in a set of Stigmata. 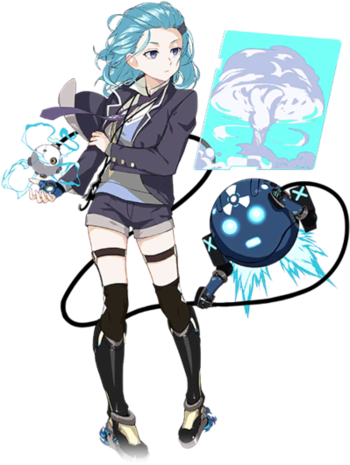 Lizelle Albert Einstein is one of the head scientists of Anti-Entropy. She appeared in Chapter 8, assisting Theresa and the other Schicksal Valkyries from the Hyperion when they joined forces with Anti-Entropy to take on Otto. 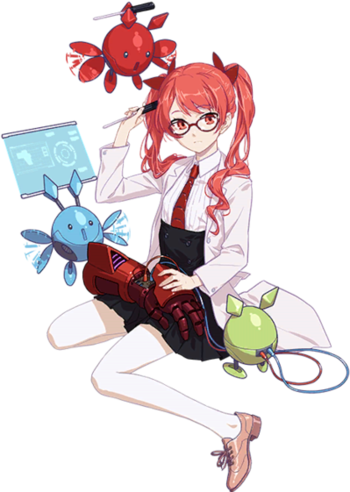 Frederika Nikola Tesla is another of Anti-Entropy's head scientists. Like Einstein, she joined up with Theresa's efforts to stop Otto's plans. She would later help Himeko in ch. 9 and then keep allying with Theresa in later chapters. 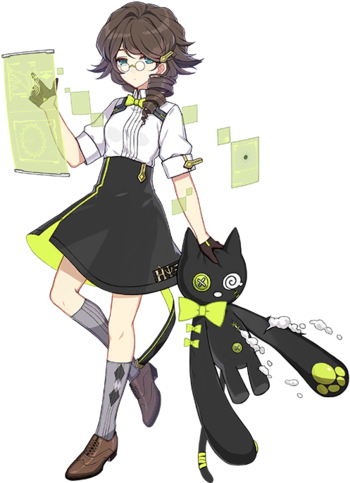 Erwin Schrodinger is one of the five founding scientists of Anti-Entropy along with Einstein, Tesla, Edison and Planck. Prior to the game's story, she performed an experiment that ended up sucking her into the Sea of Quanta, where she found a plethora of information, notably the origins of the Equipment: Living Form (or ELF).
Also available as two Stigmata sets.

An orphanage led by Cocolia, an ex-Soviet military who managed to gain a lot of influence within Anti-Entropy. While not all of the orphans work for the organization, they still have ties to Cocolia. For more info on them, see this page. 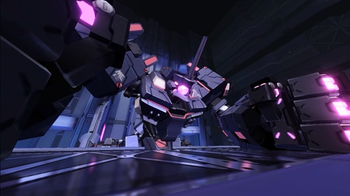 The end boss of Chapter 4. A Humongous Mecha made inside the ME Corp. building which belongs to the Anti-Entropy. 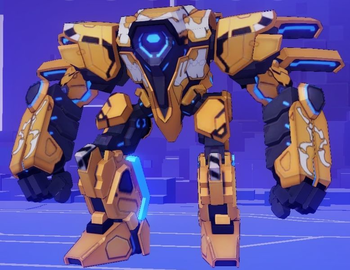 The end boss of the Extra Story "Chapter Xuanyuan". It's a stronger variant of the Titan Mecha mook, used by Anti-Entropy when they invade the underwater cave that our Valkyrie team is exploring.

An automated war vehicle of Anti-Entropy's creations, it's armed with multiple weapons and covered in thick armor. It first appears in ch. 11 where the Alternate Universe version of Welt creates it using his power as the 1st Herrscher. 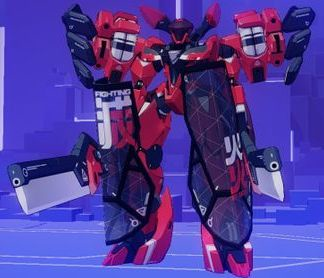 After the battle in Schicksal HQ, Tesla developed a general-purpose prototype defense mech with all-new tech. It can carry stuff, respond to emergencies, and double as a security bot. Though she was made prisoner by Schicksal for a while, Tesla managed to escape and even steal plenty of secrets.

This boss previously only appeared in event stages and in Memorial Arena; it starts being mentioned in the background of chapter 16.
Arhat 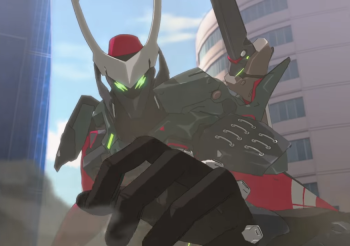 The Arhat is a sleek, ninja-like mech that was featured in the in-universe anime series AraHato broadcasted during the eighties. While on the surface it was a successful show with lots of merchandise and various adaptations, in reality it was a ploy by Anti-Entropy to create a 1-to-1 scale model of the titular mech that could fly to the Moon. It is also featured in the Reburn short video as Kiana's opponent.