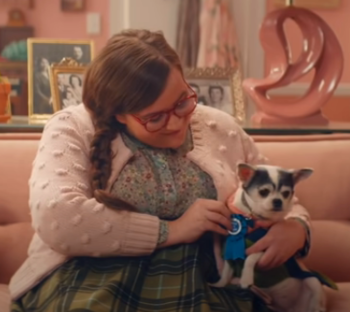 You're not just my boyfriend — to me, you're the best in show.
You may be surprised, but Saturday Night Live does have these kinds of moments.
Advertisement: