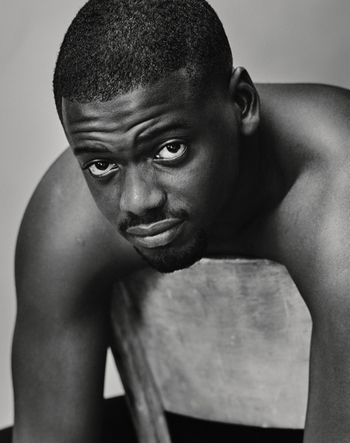 Kaluuya is recognizable for his role as Posh Kenneth on the E4 series Skins, which he starred in and (co-wrote) for two seasons. He also appeared on the Channel4 anthology series Black Mirror, in the episode "Fifteen Million Merits".

The New '10s saw a noticeable transition in his career, with him graduating from primarily British media to mainstream Hollywood projects. He starred in the leading role of Jordan Peele's 2017 horror film Get Out, for which he received an Academy Award nomination for Best Actor, and appears as W'Kabi in the 2018 Marvel superhero film Black Panther.

His role as Fred Hampton in Judas and the Black Messiah saw him win the Academy Award for Best Supporting Actor.

Example of:
You Cannot Kill an Idea