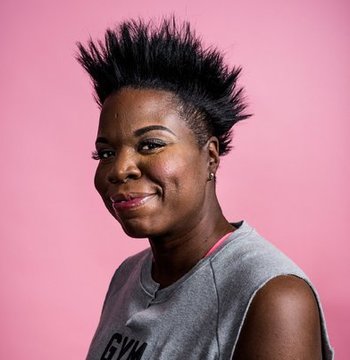 Jones is best known for serving as a cast member on the long-running NBC sketch comedy series Saturday Night Live, starting with its fortieth season in 2014. Originally hired as just a writer, she made her on-camera debut during a segment of "Weekend Update", and was soon promoted to featured cast member on the strength of her initial appearance.

With her promotion, she became the oldest-ever person to join the SNL cast — aged forty-seven at the time — and also helped mark the first time the show had two black women in its cast at any point throughout its run (the other being Sasheer Zamata and, later in Jones' last season, Ego Nwodim) and more than three African-American cast members in their cast at any point throughout its run. Though Jones was more at home doing commentary on Weekend Update (where she would hit on Colin Jost in between rants about her tumultuous love life and the hardships of being a black woman in modern American society), she did have some recurring characters: Shanice (one of the contestants on Black Jeopardy!, initially replacing Jay Pharoah's Amir, but then replaced Sasheer Zamata's Keeley while Chris Redd's Rashad replaced Jay Pharoah's Amir), Malika Trump (a black take on Melania Trump on the Empire-esque poltical drama Them Trumps), Nurse Pam (the school nurse on the high school news show Fresh Takes), Shanice Goodwin (not the same Shanice from Black Jeopardy!; this one is a tall, black woman who trains to be a ninja), and Shelly Duncan (a seemingly bashful woman who, along with her badly battered husband [played by Mikey Day], appear on Weekend Update to discuss ways couples can spice up their sex lives — with her husband's injuries being from these attempts). Jones' celebrity impressions include: Aretha Franklin, Missy "Misdemeanor" Elliott, Michelle Obama (replacing Sasheer Zamata, though Jones played a She-Hulk version of Michelle Obama one time), Oprah Winfrey (probably the one celebrity impression most critics and fans feel is her best one), Omarosa Manigault, Whoopi Goldberg, Gayle King (on the sketch parodying R. Kelly's infamous interview), two women related to Dr. Ben Carson (his mother, Sonya, and his wife, Candy), and Samuel L. Jackson (yes, really)

In 2017, she joined a select few SNL cast members to receive an Emmy nomination for their performance on the show.