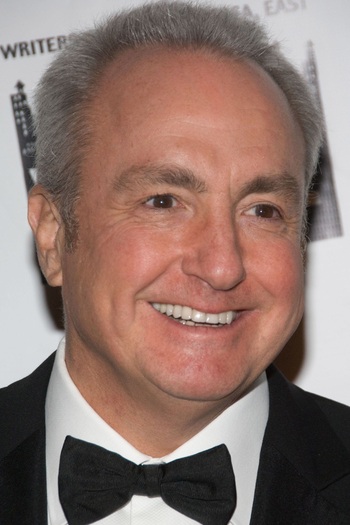 Lorne Michaels CC (born Lorne David Lipowitz, November 17, 1944) is a Canadian comedy producer behind many of North America's most famous and celebrated television comedy series as well as numerous films. Most notably he is the creator and long-time producer of Saturday Night Live for NBC.

Before SNL, Michaels bounced between America and Canada working on comedy-variety shows. He did writing and production on various shows, including a brief stint as a writer for Rowan and Martin's Laugh-In in its second season. He also appeared on-camera as the co-star of the 1970-71 CBC show The Hart & Lorne Terrific Hour, as the Straight Man for his comedy partner Hart Pomerantz. With its mix of irreverent humor (influenced by Monty Python's Flying Circus, which aired in Canada a year after its British debut), a stock company of sketch comedians (including a young Dan Aykroyd) and big name musical guests from the world of Rock, Terrific Hour is now recognized as a sort of dry run for SNL.

His influence and odd personality quirks are evident in the fact that blatant impressions of him have been used to characterize the villains Dr. Evil of the Austin Powers films and Don Roritor of the The Kids in the Hall movie Brain Candy.

Some of his most notable producing credits include: