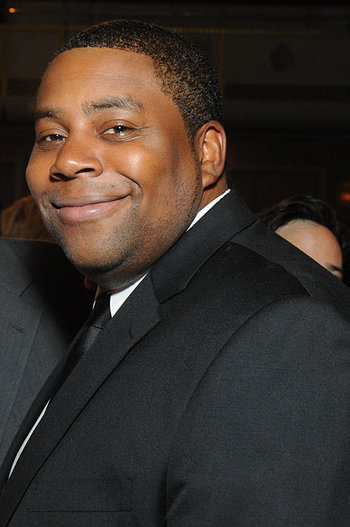 Kenan Thompson (born May 10, 1978 in Columbus, Ohio) is an American actor and comedian.

He began his career in the 1990s, on the Nickelodeon sketch comedy show All That. He and his fellow cast member Kel Mitchell were later given their own sitcom, Kenan & Kel, which ran for four seasons. He joined the cast of Saturday Night Live in 2003, and has gone on to become its longest-tenured cast member (still with the show as of 2022). His films have included starring roles in Good Burger (a spinoff of a recurring All That sketch) and Fat Albert (in which he played the title role).

Thompson was married to former model Christiana Evangeline from 2011 to 2022. They have two children.