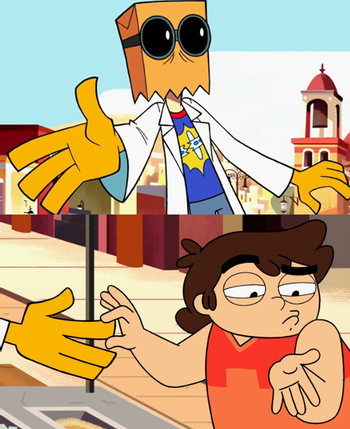 You can tell that he is from another universe just for having four fingers on his hands.
Advertisement: