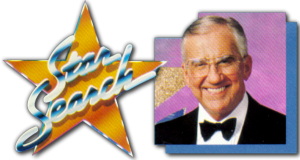 One of the first competitive reality shows, running long before reality television was considered a genre. It considered itself a Talent Show with prizes. It would run in syndication from 1983 to 1995. Al Masini created the program in the wake of his success with the 1981 debut of another show of his, Entertainment Tonight.

Ed McMahon hosted the early version, in which competitors could enter in one of several categories. On each episode, two acts performed in each category, typically the previous week's champion and a new challenger. The members of a four-judge panel individually rated each act on a scale of 1 to 4 (later 5) stars, and the act with the higher average returned for the next show. The acts with the best records competed against each other in the season finals, with a large cash prize at stake in each category.

Categories included Vocalist, Vocal Group, Dance, Comedy, and Spokesmodel; Vocalist and Dance had separate competitions for junior and teen acts. The prize in each category was $100,000 for adult competitors, and $10,000 for junior/teen acts.

Star Search was, for the most part, only slightly better at producing big stars than America's Next Top Model is at producing top models. This did not affect the show's popularity in the slightest.

Star Search was the blueprint for a large number of other shows. Eventually, the idea would cross the Atlantic; and when it crossed back, havoc broke loose. Yes, without Star Search, American Idol and America's Got Talent might not exist. Star Search itself was revived in 2003 with Arsenio Hall as its host, with a wild deviation from the original (and one much closer to American Idol, with a fan vote contributing to scores). A 12-year-old David Archuleta appeared in the show's second series.