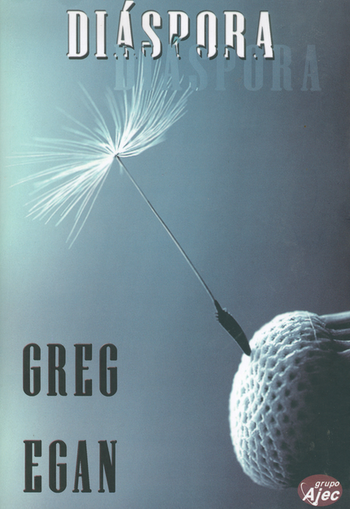 A Post-Cyberpunk hard science fiction novel by Australian author Greg Egan. First published in 1997, it is a Spiritual Successor to his 1994 novel, Permutation City. One of the chapters was expanded from an earlier short story of Egan's, called "Wang's Carpets".
Advertisement:

Not to be confused with the 1985 novel Diasporah by W.R. Yates.