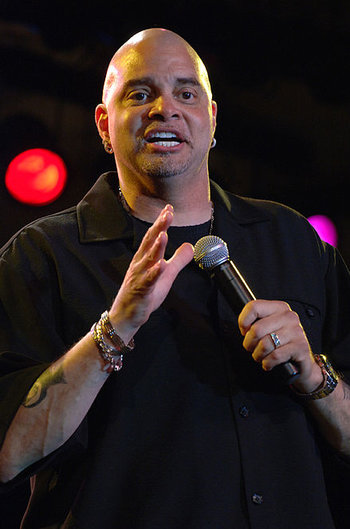 Okrah: "Sinbad" spelled backwards is "Dabnis"!
-All That

David Adkins (born November 10, 1956 in Benton Harbor, Michigan) aka Sinbad is an American actor and comedian. He became known throughout the comedy world through a series of HBO stand-up specials and his role on the Cosby Show spin-off A Different World. His films include Coneheads, Houseguest, Jingle All the Way, First Kid and Good Burger. After his career hit its highpoint in the 90s, Sinbad more or less faded from the limelight. However, he still does TV work, including voice roles on Steven Universe and The Lion Guard and as a regular on the FOX sitcom Rel.