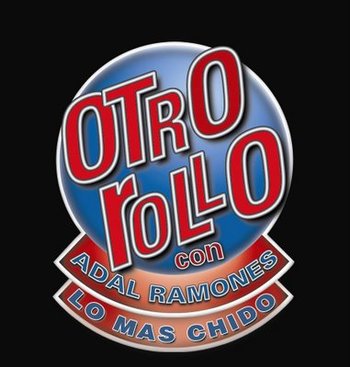 Otro rollo was a Mexican variety show that ran from 1995 to 2007. Its host was Adal Ramones.

It was divided into well-defined segments:

It also had several specials, such as the Carrera de Botargas (a race between Mascots of several companies and Yordi in a bee suit) and La Pecera del Amor (a date show parody)

Mexican people remembers it fondly. But mostly those who were teenagers during its run, thanks to how prone it was to Memetic Mutation.

More information can be found at