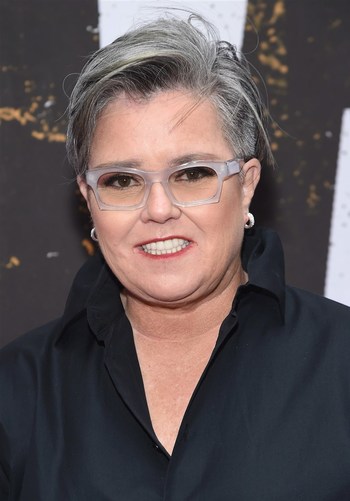 Roseann O'Donnell (born March 21, 1962) is an American comedian, producer, actress, author, and television personality best known for Tarzan, Sleepless in Seattle, and The Flintstones. She was also known her talk show The Rosie O'Donnell Show and for being the longest-tenured host of the Nickelodeon Kids' Choice Awards ceremony, having hosted it for eight years.
Advertisement:

She is openly gay and has been married to Kelli Carpenter and Michelle Rounds and has five children.