Characters / The Chronicles Of Riddick Mercenaries 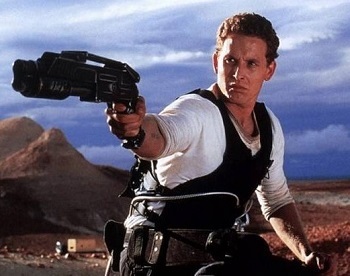 Played By: Cole Hauser
"Verdict’s in: the light moves forward!"

A morphine-addicted bounty hunter and war veteran who is transporting Riddick to high-security prison to collect a large bounty on him. When the ship crashed, he presented himself as an intergalactic police officer and spread the story about Riddick being a serial killer so he could capture him for himself. He is also very immoral person, killing many people and other bounty hunters to capture him.

Played By: Nick Chinlund
"Y'know, you supposed to be some slick-shit killer. Now look at you... all back-of-the-bus and shit."

A mercenary who wanted to catch Riddick after a short encounter with him on the mercenary ship in Dark Fury. Nothing is really known about his past. His personality is humorous, yet obsessive and cold-hearted.

A mercenary hired by Toombs to help him hunt down and capture Richard B. Riddick. 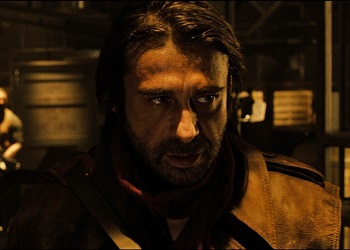 An arrogant captain of a eight-man mercenary crew. 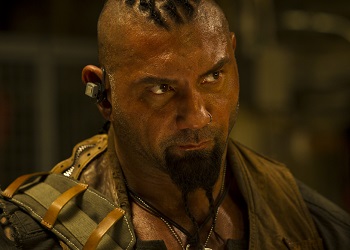 A merc, Captain Santana's best friend and second in command, tasked with hunting for Riddick.

A mercenary working under Santana, when they answered the distress call from Mercenary Station P7. 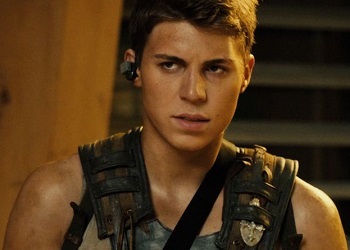 "That would be like an ambulance calling for an ambulance, isn't it?"
Played By: Nolan Gerard Funk
"I believe this is a sign."

A mercenary who was part of Santana's team whom Santana considered his 'good luck charm'.

A mercenary working for Santana. He was one of the eight mercenaries who intercepted a distress beacon to find and kill Riddick.

A mercenary working for Santana.

A mercenary working for Santana. 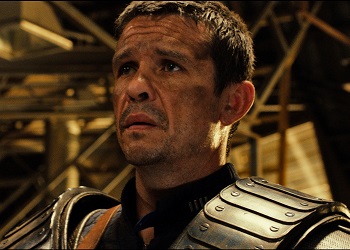 A bounty hunter and the father of William J. Johns, and for the last 10 years has been searching for Riddick in hopes of unearthing answers about the death of his son on a planet in the M-344/G System. He arrives to the sun scorched planet where Riddick has activated a beacon to find him. 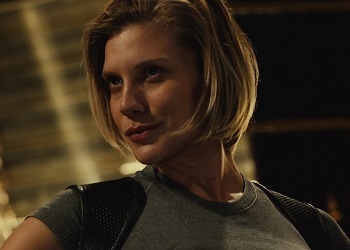 A Nordic bounty hunter of German descent. She's second in command of Boss Johns Mercs and is the primary sniper of the group.

A mercenary working for Boss Johns. Moss was the tech guy of the group. 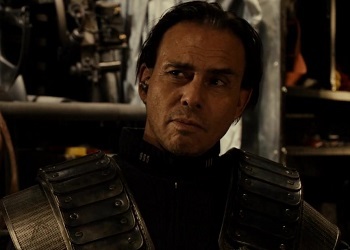 "This doesn't mean qualify as bad?"
Played By: Raoul Trujillo

A mercenary working for Boss Johns.

A wealthy aristocrat who hires mercenaries to collect mass murderers, whom she turns into Human Popsicle statues to admire. All in the name of art.