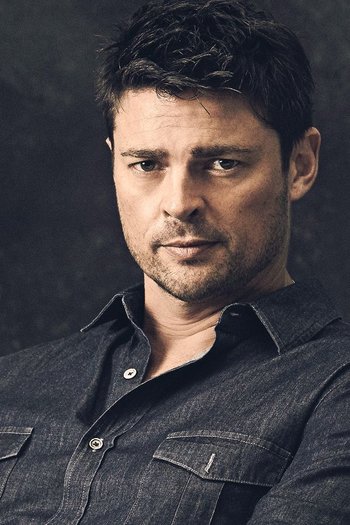 "I would rather have a scene-stealing bit part than a lead role."
Advertisement:

Karl-Heinz Urban (born June 7, 1972 in Wellington, New Zealand) is an actor from New Zealand (his father was a German immigrant, as you can maybe tell from his first name).

He started off in soaps and small-time TV dramas, worked his way up to Xena: Warrior Princess and local film productions, and now co-stars in Hollywood blockbusters with macho men like Bruce Willis, Vin Diesel and The Rock.

Probably best known for playing Leonard 'Bones' McCoy in Star Trek reboot films, Éomer in The Lord of the Rings, Billy Butcher in The Boys, and being in most of the genre movies you've seen. He also played the title character in Dredd and was one of the leads in Almost Human.

He is married to (but separated from) fellow Kiwi Natalie Wihongi, who was his makeup artist on the 2000 TV movie The Privateers. The couple has two sons, Hunter and Indiana. He also dated Katee Sackhoff for four years.

Hela's lackey Skurge turns on her in order to save the people of Asgard.

Hela's lackey Skurge turns on her in order to save the people of Asgard.