A co-pilot of Fry's, who tried to stop Fry from dumping the passengers to certain death. 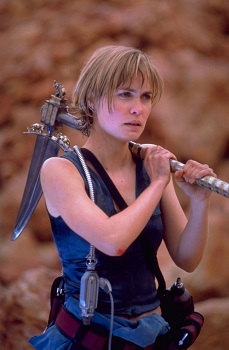 Played By: Radha Mitchell
"I said I'd die for them, not you!"

A docking pilot for the Hunter-Gratzner and usually transports civilians and cargo with her crew for a charge, in a form of space transportation. She had an unmoral and unethical moment with dropping the passenger section to save herself, indicating she is not a trustful person. 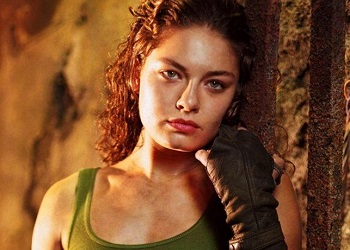 "Where the hell can I get eyes like that?"
Played By: Rhiana Griffith & Alexa Davalos

A young girl who was travelling on a distant planet for unknown reasons, and she was posing as a boy named Jack to avoid any suspicion. 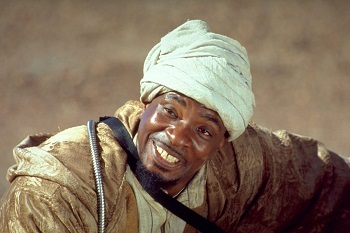 Played By: Keith David
"There is my God, Mr Riddick."

A Muslim preacher who was travelling to New Mecca for the annual preaching, and was stranded with others when the ship crashed. He is travelling with three young boys.

Played By: Lewis Fitzgerald
"Amazing how you can do without the essentials of life, so long as you have the little luxuries."

An intergalactic arts dealer selling weaponry and arts from Earth and other planets. He also provided the others with alcohol.

A free settler who was travelling across the universe looking for a place to settle.

A free settler along with Shazza and looking for a home.