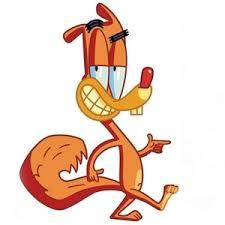 "The hat sells the sandwich!"
Voiced by: Richard Steven Horvitz (series), Rob Paulsen (pilot)
Debut: "A Line in the Sandwich"

The Johnson family's goofy, energetic, idiotic, self-deluded, often sarcastic, yet fun-loving pet squirrel and Andy's best friend who's full of big ideas. He's a frequent cause of trouble and an annoyance to those around him (especially Mr. J), but without him, Andy's life would be complete nothingness, and while he's often rude, selfish, reckless, and inconsiderate, he still has a considerable kind side. 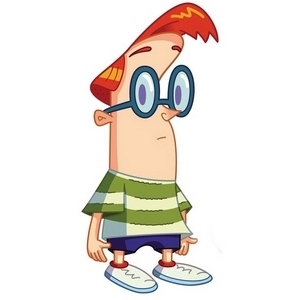 "Cool-mongous!"
Voiced by: Pamela Adlon
Debut: "A Line in the Sandwich"

An ordinary, typical, yet fun-loving 9-year-old boy whose best friend (and pet) is a squirrel. The only child of Mr. and Mrs. Johnson, Andy is generally (albeit Depending on the Writer) the voice of reason to Rodney, but still has his moments of stupidity, immaturity, and mischief. 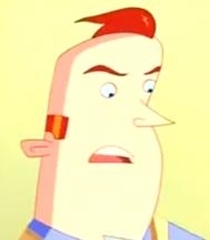 "I'd tell you what you're doing wrong Rodney, but that's too big a project."
Voiced by: Kurtwood Smith
Debut: "A Line in the Sandwich"

The unlucky father of Andy Johnson and husband of Lucille Johnson, as well as the show's main Butt-Monkey and Only Sane Man (for the mostpart anyway). He has a... ummm... less-than-stellar relationship with his son's pet, Rodney. 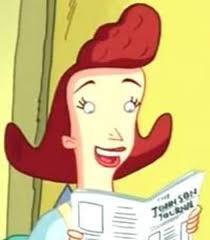 "Ooh, a job! How fun and vague!"
Voiced by: Nancy Sullivan
Debut: "Andy Had a Little Squirrel"

The cheerful and sometimes short-tempered mother of Andy Johnson and wife of Robert "Bob" Johnson.

Kyle: Forget it! We'd rather read than be nice to you marshmallows.
Salty Mike: What he means is, we need a moment to consider your generous offer. 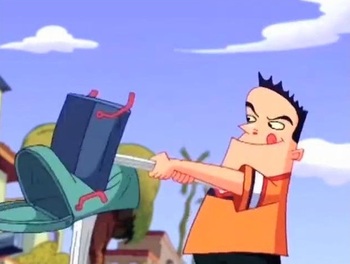 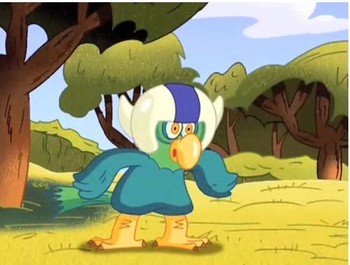 Two bullies who torment Andy and Rodney and get in the way of their fun. The main antagonists of the show. 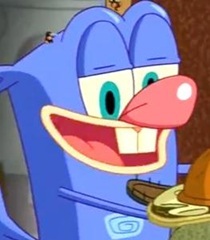 "Sometimes, when nobody's looking, I like to go to the Johnsons' house and stick my toes in their mayonnaise."
Voiced by: Tom Kenny
Debut: "Born to Be Mild"

A blue squirrel who's friends with Rodney. 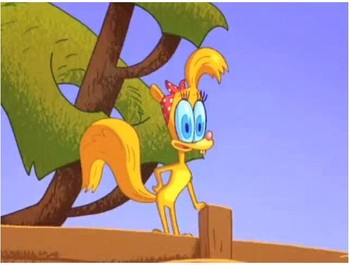 The Girl Next Door and Rodney's Love Interest for a few episodes until they get together in "Trouble Date".

A ranger who is obsessed with enforcing eco-safety. 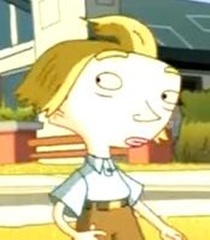 "Gosh, that looks like fun. I wish I could be there in person."
Voiced by: Jason Spisak
Debut: "Scout's Dishonor"

A nerdy friend of Andy's who was raised by overprotective parents who shelter him from the most harmless of things, which often interferes with his ability to have a social life.

Oscar's little sister who has an obsession with squirrels and loves hugging them very tightly. She's the only member of Oscar's family who isn't obsessive-compulsive, and her parents don't seem to care about what she does. 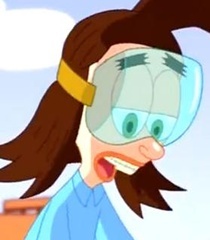 "My present is my presence."
Voiced by: Eliza Schneider
Debut: "Outta Sight"

The Girl Next Door to Andy and his Love Interest. She's pretty conceited and thinks she's better than everyone else, though is a nice person at heart.

A short-tempered old lady who lives across the street from the Johnsons.

Sludgy Dave
Voiced by: Wally Wingert
Debut: "Ice Cream Anti-Social"
An ice cream vendor who's a sympathetic Nice Guy to his customers and strives to resolve their problems.