This is the official character guide for the Adult Swim show Squidbillies, This character list is currently under heavy construction. 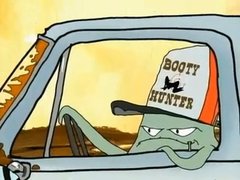 Our main character. An inbred backwoods squid who's usually drunk to the point of blacking out and has a violent temper ready to go off at the slightest provocation.

Early and Lil's mom (or "grandmom", it's not really clear). A perverted, senile old squid with a walker. 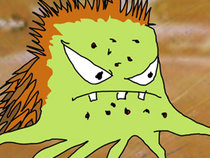 Early and Lil's freewheeling, criminal father. Apparently raised the both of them before running off to who knows where. 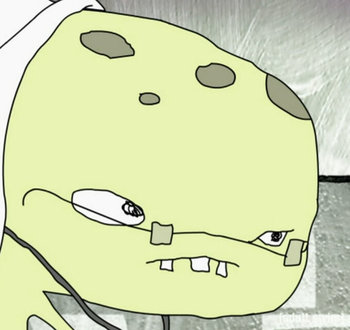 A large squid who works as a doctor at the local hospital, Dr. Bug is the abandoned son (the nature his blood relationship to her has been confirmed, but never specified) of Granny Cuyler, but he takes great pains to hide it and to distance himself from the family. Thinking she was on her death bed while hospitalized, Granny tells him that she "never meant to flush him down the toilet" and that he was "always her favorite". Apparently in grudging recognition of this family connection, he then surreptitiously offers to donate his gallbladder to save Granny's life. A similar character named Bug (an acronym for Big Uncle Grandpa) appeared in original pilot scripts.
Herschel Walker Cuyler 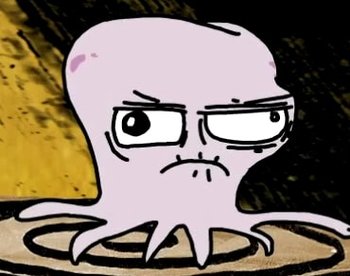 "Herschel Walker Cuyler Them Dawgs Is Hell Don't They", AKA Herschel Walker is the infant son of Lil Cuyler and an unknown man. He is also the nephew and surrogate son of Early Cuyler. Herschel is the brother of a large litter however he did not associate with them, and would rather act like Early, he has never had a proper speaking role and has said the same lines, which is for a strange reason the same yell given off by early.
Durwood Cuyler 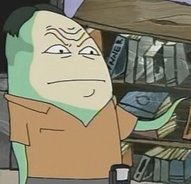 White Sheep of the Cuyler clan. Got a GED, and ran off to the big city, marrying a white woman.

The rather hapless, useless, and frequently killed lawman of Dougal County. 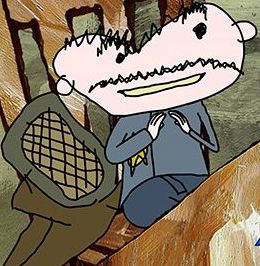 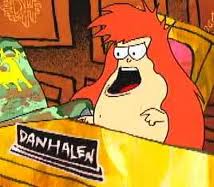 CEO of Dan Halen Sheetrock International. An evil little bugger, who can get away with just about any evil thing he wants. 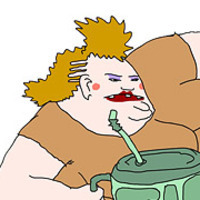 A monstrously fat, monstrously ugly, and monstrously skanky freeloader, who lives in the local junkyard, she is also Rusty's mother in the series, along with the Ex-Wife of Early & Snakeman.
Voiced by: Mary Kraft
Glenn

Glenn's wife or Donna and the object of Early's perverse obsession when he's not chasing Krystal
Voiced by: Dana Swanson
Tammi 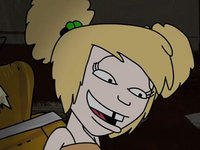 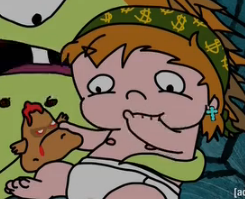 Tammi and Rusty's inbred son. Unlike his father he appears as a normal human baby, which causes several to question if he is really Rusty's child, however, "Ink is Thicker Than Blood, Which is Thicker Than Water", when his diaper is removed he is revealed to possess a set of tentacles along with his other appendages, proving that he is quarter mud-squid. For the most part, Rusty cares for his son and tries to be a good father to him, while Early is antagonistic towards his grandson and treats him in much the same way as he treats Rusty.
Boyd 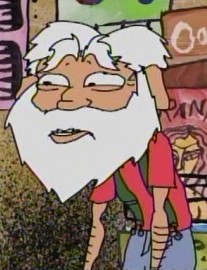 Unlucky proprietor of the local convenience store, and frequent victim of robberies from Early.
Voiced by: Pete Smith
Reverend 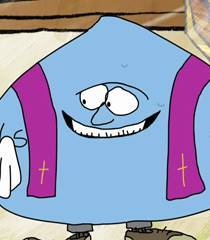 The town reverend. A put upon man of the cloth who is no fan of the Cuylers.
Voiced by: Scott Hilley
Snakeman 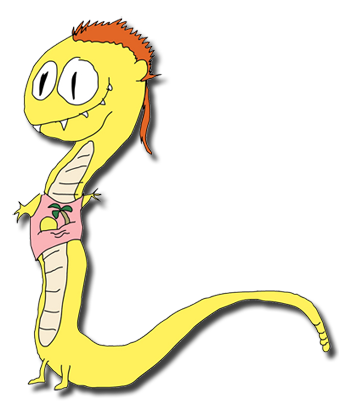 Snakeman is a resident of Dougal County. He is often seen having relations with Krystal or eating other residents, which have included screen characters and minor characters such as the Mexicans. His origins are unknown, but strange creatures are common in Dougal County, Although he never talks, Snakeman is often seen interacting with the other characters through hissing.
Billy Morton
Voiced by: Nick Ingkatanuwat 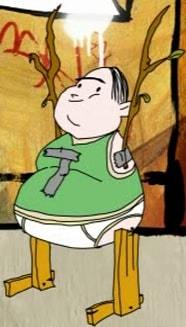 Billy Morton is a armless and legless young boy who is also the captain the local high school football team. His father gave him two, two-by-four wooden boards as replacement legs, and two tree limbs as arms, Billy seems to be a very Unlucky character & he is mostly killed his appearances.
The Mexicans
Voiced by: Various
The Mexicans are a group of Spanish-speaking men from Mexico that appears in many episodes, they are common Background Characters, they usually don't speak, when they do they speak Spanish. They all have identical faces, but different facial hair. Mexicans in some episodes want Jobs, Sometimes the Mexicans have Major Roles like in "The Fine Ol’ Solution", "Need for Weed" & "Jose, Can You? Si!" for example, in the episode "Need for Weed" Lil' has been shown employing several of them (all in the nude) to work in her pot growing operation.
Melissa
Voiced by: Katie Kneeland

A news reporter who interviewed Dan Halen. When the interview took a turn unfavorable to Halen, she was killed and replaced with a more accommodating clone. She is one of the few number of people shown to have been cloned by Dan Halen along with The Sheriff. She shares the same design as Glenn's Wife (albeit with brown hair).
Ellis 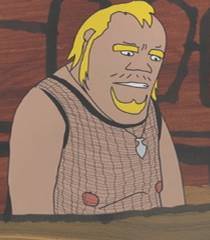 Owner/bartender of The Jiggle Hut. One of the few people in town not afraid to fight Early.
Voiced by: Dave Willis
Doctor A.K.A. Dr. Donald Cock

The town's seemingly only doctor. A bit of an odd duck.
Voiced by: Brendon Small
Pastor Kyle Nubbins 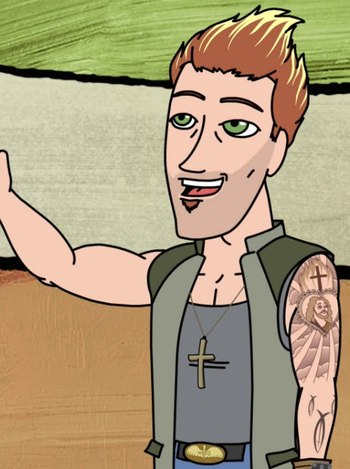 The town's new church leader, brought in after the Reverend is shipped off.
Voiced by: Jason Isbell 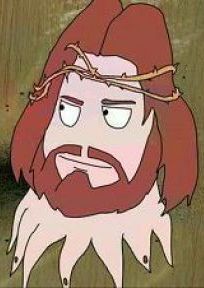 A squid version of Jesus, he is a very polite & mannered squid from Heaven.
Voiced by: Fred Armisen
Squid Satan
A squid version of Satan, he is a very evil giant squid from Hell.
Voiced by: Jim Fortier
Patrick Swayze imposter/Leftless Drifter
A Legless Drifter who claimed to be actor Patrick Swayze. He appears in the episode "Swayze Crazy" helping The Sheriff remodel the local jail when he is introduced to the Cuylers who are big fans of the movie Roadhouse. However, when the real Patrick Swayze comes to town it would be apparent to almost anyone that the drifter is not Patrick Swayze, except Early, Granny, and the Sheriff (Rusty being the only one who realizes the truth). As a result, the drifter (to Rusty's horror) easily kills the real Patrick Swayze (the Sheriff in typical fashion does nothing to stop it) and is last seen as he steals a pizza delivery man's vehicle while shouting "Free Car, asshole!". However, despite all this Early still believes the man to be Patrick Swayze. In "Plumber Bubba", the Legless Drifter appears in the audience of the Plumber Bubba comedy show (hinting at the possibility he has taken up residence in Dougal County possibly due to the ignorance of the local town folk).