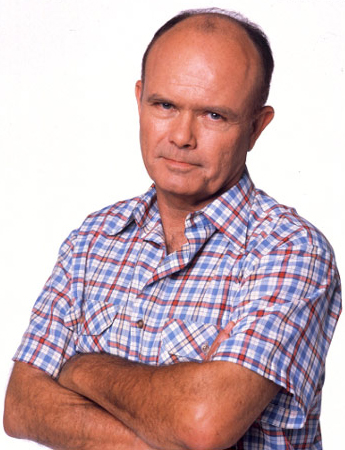 “Son, you don't have bad luck. The reason bad things happen to you is because you're a dumbass!”
"I love playing villains. When you're a bad guy, you get to do many real nasty things. It's a lot of fun."
Advertisement:

Describe Kurtwood Smith, before I put my foot in your ass.

Kurtwood Larson Smith (born July 3, 1943) is an American actor best known for his roles in RoboCop (1987) as Clarence Boddicker and on That '70s Show as Red Forman. To animation fans, he's also known as the voice of General Galapagos on The Terrible Thunderlizards and Agent Bennett on The Zeta Project. As most of the aforementioned roles suggest, he frequently plays Jerkasses and villains.

He's frequently described by his co-workers on RoboCop and That '70s Show as one of the nicest people around.

Not to be confused with Curt Smith.