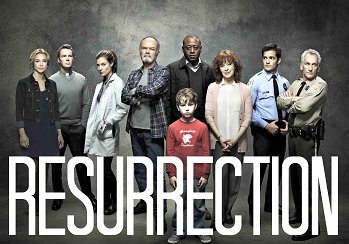 Resurrection is an American drama that premiered on March 9th 2014 on ABC. It is about people who lived in the town of Arcadia, Missouri mysteriously returning from the dead and the investigation into what is causing it. The show is based on a book called The Returned by American author Jason Mott, but renamed to avoid confusion with a French TV series also named The Returned, which has a similar premise but is not based on the novel.