Characters considered part of the "Bat Family" in the Arkham videogame series. 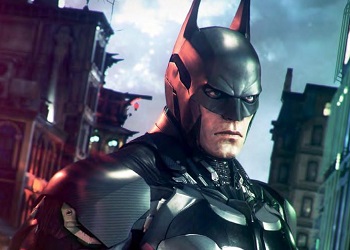 "I am vengeance! I am the night! I am Batman!"
Batman in Arkham Origins 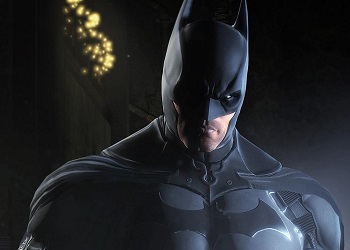 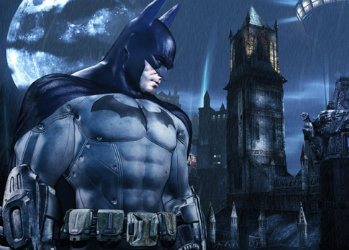 Voiced By: Kevin Conroy (Arkham Asylum, Arkham City, Arkham Knight, Assault on Arkham, Arkham Underworld), Kimberly Brooks (young Bruce Wayne, Arkham Asylum), Roger Craig Smith (Arkham Origins, Arkham Origins Blackgate)
"When the mugger or the thief stops to think twice-that is fear. That is what I am! That is why they hired assassins-because I am the reason the criminals breathe easier when the sun rises."

Born into the wealthy Wayne family, Bruce Wayne had an idyllic childhood, although he was given a strong sense of justice by his moralistic and philanthropic parents, Thomas and Martha Wayne. After their violent murder at the hands of a mugger, Bruce dedicated his life to battling the criminal element that took their lives. He left Gotham City for many years to train to physical and mental perfection across the globe, with the aid of his butler Alfred Pennyworth by bringing Gotham's criminals to justice as the vigilante known as Batman. 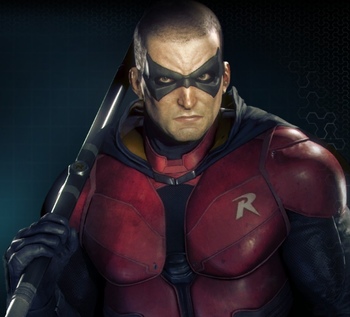 "If you need me, you know where I am."
Robin in Arkham City 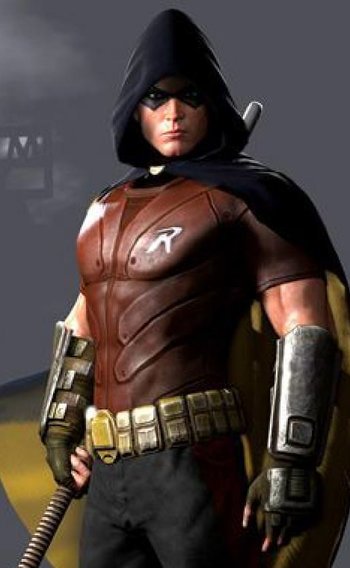 Batman's sidekick, Robin patrols Gotham alongside him. While Batman investigates Arkham City, Robin tracks down everyone who was infected by the Joker's blood. Later, he infiltrates Arkham City in order to investigate Batman's disappearance and rescue him. 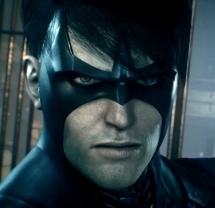 "Still lurking around on rooftops."
Nightwing in Arkham City 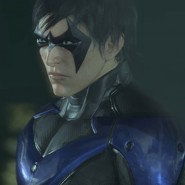 The first Robin, who became a hero in his own right. Only shows up as a DLC character in Arkham City and in Multiplayer as Robin in Arkham Origins. 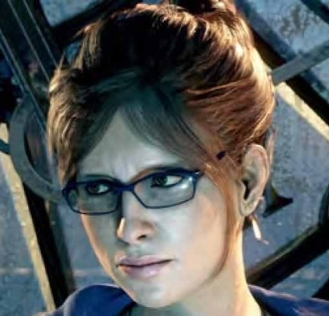 "Be careful. It's not looking good out there."
Barbara as Batgirl 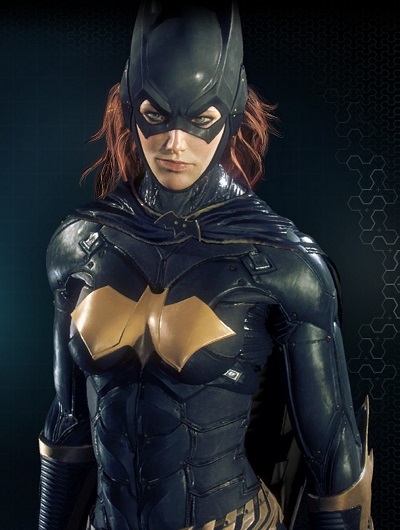 The former Batgirl, she became Batman's Voice with an Internet Connection when the Joker shot her in the spine and paralyzed her. 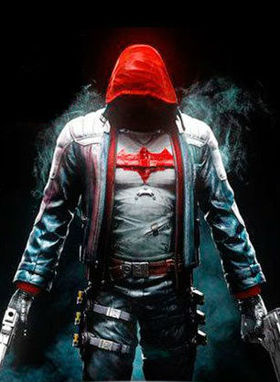 "Do I look like Batman to you?"
Voiced By: Troy Baker

The second Robin, who was believed to have been murdered by Joker. Referred to in Arkham City, but first appears in Batman: Arkham Knight. 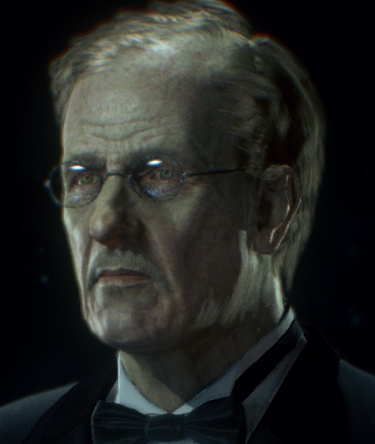 "The people of Gotham need you."
Alfred in Arkham Origins : 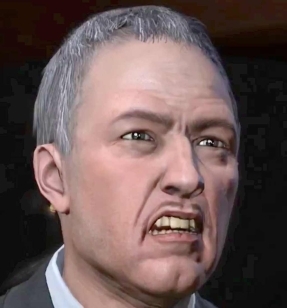 The long-suffering servant of the Wayne family, and Bruce's most loyal ally. Only shows up in voice until Arkham Origins; he's never anywhere near the action in any of the games. 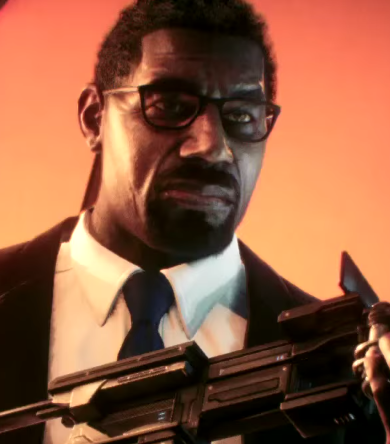 "Please be careful with the car, Mr. Wayne. She's one of a kind."
Voiced By: Dave Fennoy

A high-ranking Wayne Enterprises executive, in addition to being one of the company's best engineers, he designs and supplies most of Batman's gear. In contrast to other incarnations, he's much more open about working for Batman - at least, to the criminal underworld

A Walking Spoiler character who only appears in the Golden Ending for Batman: Arkham Knight.