Members of Batman's Rogues Gallery who appear in the Batman: Arkham video game series continuity in the related comic books series or in another miscellaneous form. This list also includes significant henchmen who appear throughout the series.

Sherman Fine, aka The Broker, runs a lucrative business by finding and selling property to other Gotham villains to serve as their Supervillain Lairs.

Ben Turner, aka Bronze Tiger, is a martial artist who has ties to the League of Assassins. 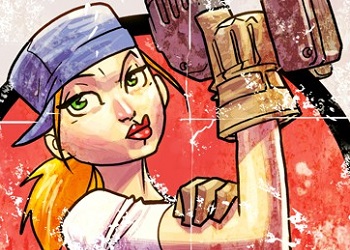 Jenna Duffy, aka The Carpenter, is a villain who's really good at carpentry. Despite having served her time and going into legitimate business, Hugo Strange had her sent to Arkham City.

A supervillain incarcerated in Blackgate Penitentiary.

Another of Gotham's many villains.

A mob boss and supervillain.

Humpty Dumpty is one of Gotham's many supervillains.

Killer Moth is one of Gotham's many supervillains.

Maxie Zeus is one of Gotham's many supervillains.

Professor Achilles Milo is a scientist working in the Gotham underworld.

Prometheus is one of Gotham's many supervillains.

Otis Flannegan was a ratcatcher born with the ability to speak with and control rats. He eventually turned to a life of crime using his ability, and the Ratcatcher was born. After being put in Arkham City, Ratcatcher used his rats to smuggle luxury goods into the prison to sell. The Penguin did not take learning of his competition in the black market trade very well, and had the Ratcatcher dragged screaming to the Iceberg Lounge for punishment.

Deever and Dumfree Tweed are cousins who turned to a life of crime and modeled themselves after the characters Tweedledum and Tweedledee from the Alice in Wonderland story, which they shared an obsession with. They are joined by Tweedledie, a muscular brute gifted to them by the Penguin.

A supervillain incarcerated in Blackgate Penitentiary.

A thug who took the Electrocutioner identity following the original's death.

Kid Shark is the son of King Shark. He attacks Batman after the events of Arkham City, seeking revenge for his father's imprisonment and subsequent death. 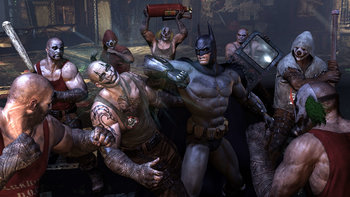 The goons Batman and allies beats up by the thousands throughout all games in the series. Thugs are present in all games in the Arkham series and present the main enemies the player fights in normal combat.

Terry and Tracy Trask were low level thugs in Two-Face's gang who were assigned to guard a batch of Titan he had captured. Instead, they used the Titan, slowly building up tolerance levels to it to gain superhuman strength. Under the mentorship of Hugo Strange, they rebelled against Two-Face and attacked a ceremony attended by Mayor Quincy Sharp. They were stopped by Batman, but not before killing themselves with TNT, along with hundreds of civilians, providing the last excuse needed to open Arkham City. 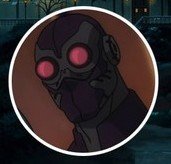 A vigilante who only targets mob bosses and crooks. 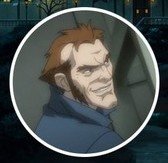 An Aussie who has an uncanny ability to have what whatever he throws return back to him. Along with Deadshot and Quinn, he's a veteran within Task Force X. 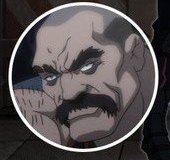 A Russian mercenary whose specialty is explosives. 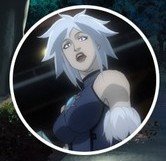 A female villain with ice powers. 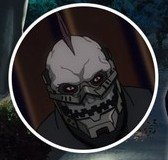 A human who augmented himself to have tough skin, gills and sharpened teeth.