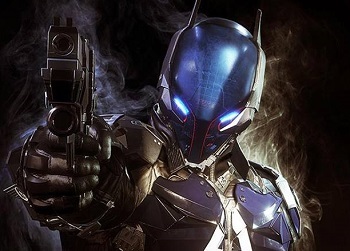 The Arkham Knight is a new villain introduced in Batman: Arkham Knight. Little is known about this mysterious new foe, apart from his name, except that he holds a great contempt for the Dark Knight and will do everything in his power to ensure the Batman's demise. 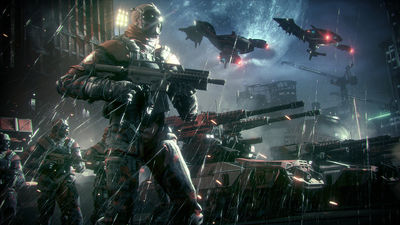 "As they run scared, we emerge. Take over his habitat. Every rooftop, road, and back alley. We draw him out of the shadows, chip away until he has nowhere left to hide and no one left to hide behind."

The Arkham Knight's own private army. 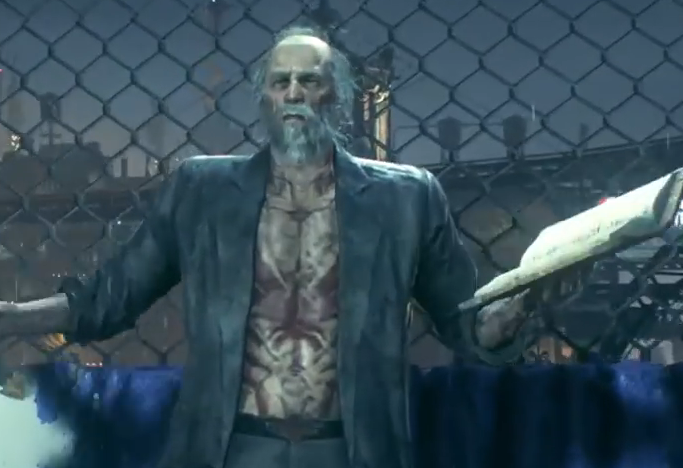 "I've faced death more times than you can possibly imagine! I'll still be here when you're dead and gone, Batman. Gotham will be mine."
Voiced By (En): Marc Worden
Voiced By (It): Vittorio Bestoso

Joseph Blackfire is the insane leader of an underground religious cult within Gotham, whose fanatical devotees help him carry out ritualized, Old Testament-like human sacrifices. Jack Ryder, eager for broadcasting glory, gets too close during his investigative news report on the sect's doings, and Batman must save him from becoming the latest offering on their slab. 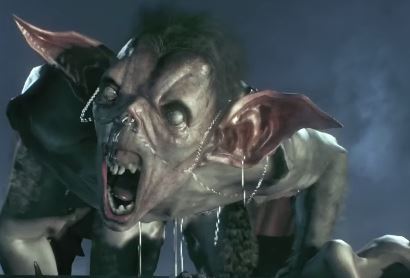 Voiced By (En): Loren Lester
Voiced By (It): Federico Danti

Kirk Langstrom was a dedicated scientist who, along with his wife Francine, attempted to cure hearing loss altogether by splicing together the human genome with that of a vampire bat. The experiment had horrific side-effects, turning Kirk into a grotesque, nearly mindless bat/human hybrid who now stalks the skies over Gotham. After a run-in with the creature during the events of Arkham Knight, Batman investigates the case, hoping for a potential cure. 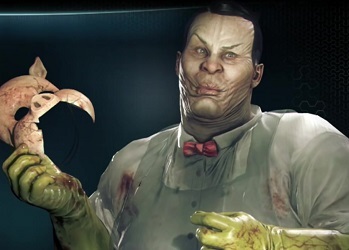 "There's no perfection without a little pain!"
Voiced By (En): Dwight Schultz
Voiced By (It): Pietro Ubaldi
"It's not too late for you, Batman. Pyg is an artist. I can make a maiden from a monkey. A model from a miscreant. A beauty from a bat."

Lazlo Valentin was a gifted scientist who suffered a schizophrenic break, which caused him to develop a deranged new persona named Professor Pyg. Pyg formed the Circus of Strange, began to tour the country, and left a string of mysterious missing persons cases in the wake. An obsessive perfectionist, Pyg used identity-destroying drugs and invasive surgery on his victims to create a genderless lobotomized human known as Dollotrons.

Dollotrons are the unfortunate victims of Professor Pyg, rendered mute and machinelike through days of horrific mutilation and torture. 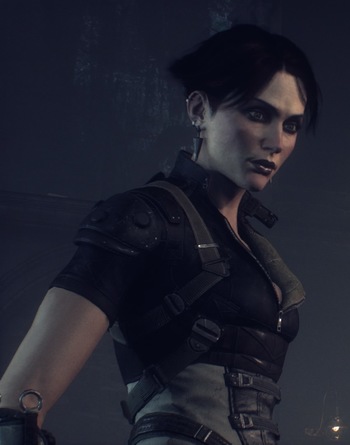 Ra's Al Ghul's younger daughter and Talia's sister. She appears in the Shadow War mission in The Season of Infamy DLC, leading a splinter faction against the League of Assassins.

After the Joker dies, Batman realizes that Joker's blood given to hospitals had been given to several patients through hospital error, despite Batman and the GCPD's best efforts to dispose of it. Prior to Scarecrow's takeover of Gotham, Commissioner Gordon came to visit the abandoned movie theater to find four people captured by Batman - the Joker Infected. Three of the gathered infected were showing signs of their affliction, but the last - Henry Adams - was apparently immune to the effects of Joker's blood, thus being the key to finding a cure. When Gordon realizes that there's an empty cell, Batman assures him that the last of the infected will be coming soon. 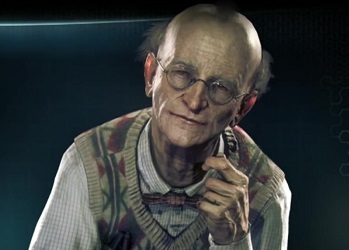 Highly respected principal of the esteemed McCallum Academy, Henry Adams was exposed to Joker's blood during a routine treatment at Gotham General. Displaying none of the symptoms experienced by the other victims, Henry's infection acts like an immunity that could be the key to developing a cure. Though initially cooperative, Henry's patience is wearing thin, and he's desperate to return home to his family. 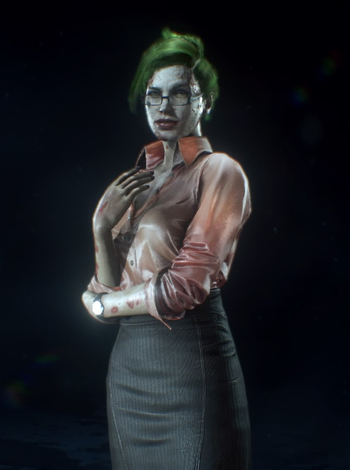 After a successful career of finance, Christina Bell joined the board of directors at Queen Industries in Star City. During a blood transfusion following a miscarriage, Christina was exposed to Joker's Titan-infected blood. When she returned to work, Christina took a knife to a board meeting, brutally murdered eleven senior executives, and carved smiles on her victims' faces. She adopted several facets of Joker's personality, notably his obsession with Batman. 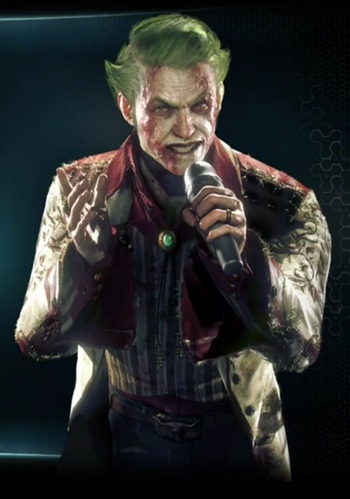 Voiced By (En): Michael Rosenbaum
Voiced By (It): Alessandro Capra

Jonathan Browne, aka Johnny Charisma, made a name for himself on the cabaret circuit before he hit the big time when he was discovered by a national talent show.

Charisma was no stranger to controversy with a string of drug offenses and a DUI, but his assault on a groupie was uncharacteristically violent.

When he was infected, Charisma displayed signs of megalomania, with his behavior echoing the sadistic showmanship of the Joker.

Albert King A.K.A. The Goliath 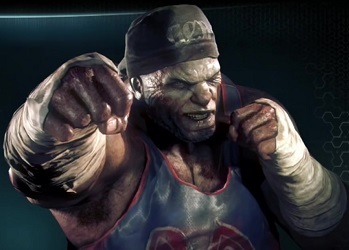 "You think you can police me?! Nobody polices the Goliath!"
Voiced By (En): Isaac C. Singleton Jr.
Voiced By (It): Renzo Ferrini
"This is it! The fight of the century! You ready to get schooled, Bats? Where do you wanna start? How about getting your asses kicked 101?"

Albert King, aka the Goliath, was a legendary prizefighter with consecutive knockouts since records began. Days before his testimonial fight, King checked into Gotham General for a routine procedure, only to become infected with Joker's mutated blood. After he hospitalized his entire family in a fit of rage, King took on the more violent and sadistic aspects of Joker's personality.