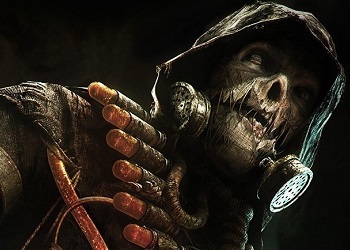 You are the product of everything you fear.
Scarecrow in Arkham Asylum 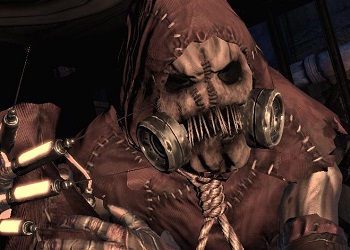 Dr. Jonathan Crane is a brilliant psychologist and biochemist obsessed with studying people's fears. He turned to experimenting on humans with a specially developed fear gas, becoming the terrifying villain The Scarecrow. When the Joker took over Arkham Asylum, Scarecrow roamed the island testing his newest fear gas on the staff and attempting to break Batman but is defeated and mauled by Killer Croc. He went into hiding during the events of Batman: Arkham Citynote Though Easter Eggs exist referring to his activities., but he returns in Batman: Arkham Knight as the main villain. Having surgically remodeled his face to resemble his trademark burlap mask — as a result of being mutilated by Killer Croc during the events of Asylum — and hiring the titular Arkham Knight and his militia to serve as his muscle, Scarecrow unites the villains of Gotham together and sets in motion one final plan to destroy the Dark Knight forever.