Characters / A Nightmare on Elm Street

This page is a listing of characters from the A Nightmare on Elm Street film series.

Introduced in A Nightmare on Elm Street (1984) 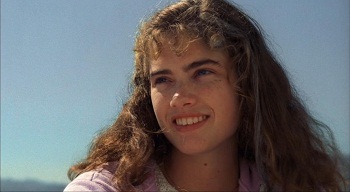 Played by: Heather Langenkamp
Appears in: A Nightmare on Elm Street (1984) | Dream Warriors
"I'm into survival."

The heroine of the original film, who returns for the third film as well. Daughter of Marge and Donald Thompson (divorced), she's best friends with Tina, Glen (her boyfriend), and Rod.

Played by: Ronee Blakley
Appears in: A Nightmare on Elm Street
"[to Nancy] There's something wrong with you — you're imagining things." 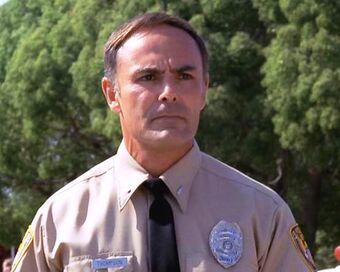 Played by: John Saxon
Appears in: A Nightmare on Elm Street (1984) | Dream Warriors
"[To Glen] There's an unsolved murder and I hate unsolved murders, especially ones that my daughter is mixed up in, what are *you* doing here?"

Nancy's father, who divorced her mother some time before. He's a cop in the Springwood sheriff's department.

Nancy's boyfriend in the first film, who lives across the street.

Played by: Amanda Wyss
Appears in: A Nightmare on Elm Street

Nancy's friend in the first film.

Introduced in A Nightmare on Elm Street Part 2: Freddy's Revenge (1985)

Played by: Mark Patton
"Something is trying to get inside my body!"

The lead character in the second film, whose body is gradually taken over by Freddy.

Played by: Kim Myers
"I love you, Jesse!"

Jesse's girlfriend from the second film.

Introduced in A Nightmare on Elm Street 3: Dream Warriors (1987) 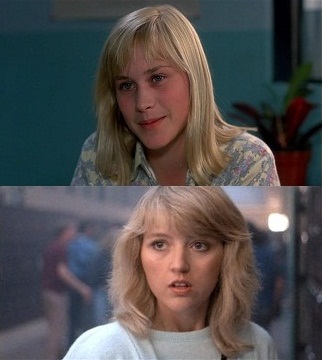 Succeeding Nancy as the main heroine, Kristen is one of the teenagers institutionalized at Westin Hills Asylum for an apparent suicide attempt, but is actually one of Freddy's targets.

Played by: Ken Sagoes
"Let's go kick the motherfucker's ass all over Dreamland."

One of the teenagers institutionalized at Westin Hills, and one of Freddy's targets.

A mute patient at Westin Hills due to his refusal to speak or sleep after experiencing horrific dreams.

A patient at Westin Hills hospital due to her difficulty sleeping following a series of horrific nightmares, with a history of drug abuse.

A doctor in charge of trying to treat the children at Westin Hills for their refusal to sleep and experiences of bad dreams. After meeting Nancy Thompson, he begins to believe that their dreams may be more than group delusion, eventually teaming up to stop Freddy.

The mother of Freddy Krueger. After deciding to become a nun and choosing "Mary Helena" as her name in Christ, Amanda Krueger was given as her first assignment to care for the inmates of the Westin Hills Hospital, but was accidentally locked inside with some of the worst psychopaths and killers housed at the hospital and left for several days over the Christmas period. During this time she brutally raped, and when she is finally found, she is barely alive and pregnant. Amanda gives birth to Freddy Krueger and immediately gives him up for adoption. She died at some point after Freddy got Off on a Technicality, before returning as a spirit by the time of the events of Dream Warriors to aid Neil Gordon in defeating her son. Her backstory is revisited more in depth in Dream Child, where her final fate is crucial to defeating her son again.

Another doctor at Westin Hills, one who refuses to consider Freddy Krueger exists and unintentionally acts as a detriment to the teenagers as well as Neil and Nancy.
Elaine Parker

Kristen Parker's apathetic mother, who brushes off Kristen's problems as a spoiled brat's cries for attention.

Introduced in A Nightmare on Elm Street 4: The Dream Master (1988) 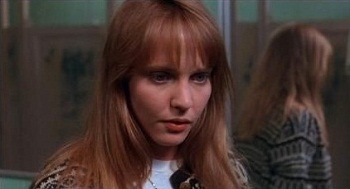 Played by: Lisa Wilcox
"Come on, you fucking coward!"

The lead protagonist of the fourth and fifth films, and a high school friend of Kristen.

A star high school football player who is friends with Rick Johnson, the latter who introduces him to Alice Johnson, who has a crush on him.

Alice' brother and Dan's friend, who is Kristen's boyfriend by the time of The Dream Master and a martial arts enthusiast.

A teenage genius who is asthmatic.

A tough teenager who's afraid of bugs.

Introduced in A Nightmare on Elm Street 5: The Dream Child (1989)

The son of Alice Johnson and Dan Jordan. After being defeated by his mother, Freddy Krueger returns using Jacob's dreams while he is still a fetus, and feeds the souls of his victims to him to make him like Krueger. The spirit of Jacob as a young boy appears to his mother to help her defeat Freddy, though she is unaware of his true identity at first.

A friend of Alice Johnson who is subject to an overbearing mother. She dreams of becoming a supermodel.

A friend of Alice Johnson who is obsessed with comic books and is a talented comic book artist.

A friend of Alice Johnson.

Played by: Pat Sturges
"Greta! That's NOT what a cover girl puts in her body!"

Greta Gibson's mother, a domineering twit obsessed with turning Greta into a world famous supermodel no matter how much it makes Greta hate her.

The last surviving child of Springwood, who manages to escape from the town, only to be brought back to investigate exactly what has happened there. As time passes, he starts to suspect that he's related to Freddy.

A psychologist who appears in Freddy's Dead: The Final Nightmare, investigating the appearance of the mysterious "John Doe" and the deaths of every child in Springwood. In reality, she's Freddy's long-lost daughter, and the only person who can finally destroy Freddy.

A youth under the counsel of Maggie Burroughs who was physically abused by his parents, leaving with him a hearing disability.

A youth under the counsel of Maggie Burroughs. He is sent to the shelter because his father's demanding expectations have driven him to drugs. He has a strong fascination with video games.

A youth under the counsel of Maggie Burroughs who was sexually abused by her father.

A counselor at Maggie Burroughs shelter.