Would Hurt A Child / Anime & Manga 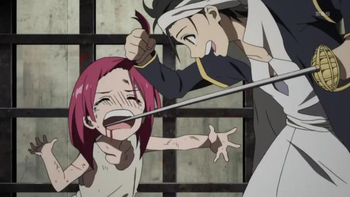