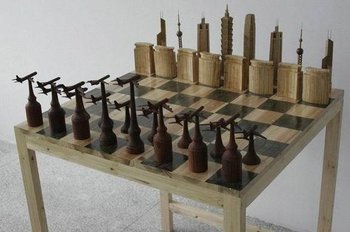 "That's... wrong. That's... brilliant."
I may disapprove of a movie for going too far, and yet have a sneaky regard for a movie that goes much, much farther than merely too far.
— Roger Ebert on Shoot 'em Up

"Pain is funny. Therefore, more pain must be even funnier!"

Thus goes the logic in a lot of comedy shows and a few adult cartoons. Sadly, that's not the case. The line separating The Three Stooges-style painful fun from outright villainous squicky sadism varies from person to person but is definitely there; crossing it makes one fan's "Nyuk nyuk!" another fan's Guilty Pleasures.

The song features Wolf and Honeybee professing their love with movie references, which would be sweet on its own, but the references are all deaths from the Final Destination movies.

The song features Wolf and Honeybee professing their love with movie references, which would be sweet on its own, but the references are all deaths from the Final Destination movies.