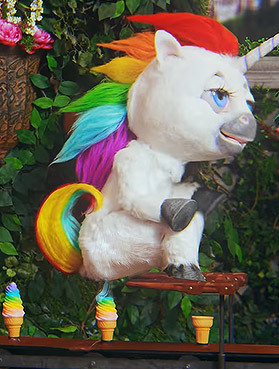 You do not want to taste the rainbow in this case.
Advertisement:

It probably goes without saying that the end product of most digestive systems is not exactly considered edible. note Unless you are a bacterium, a dung beetle or a similar organism.

Sometimes, however, one can come across a creature or whole species that defies this common knowledge and instead, they poop perfectly edible and perfectly looking food. Whether it's because of Bizarre Alien Biology or just plain magic, you can expect this trope to usually be Played for Laughs and for the sake of Rule of Funny.