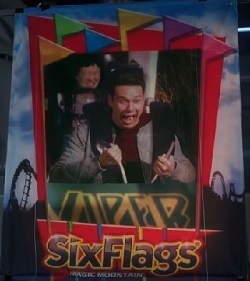 Dan never living it down.

Episode 1 - Everything's Coming Up Lucifer
Episode 2 - Liar, Liar, Slutty Dress on Fire
Episode 3 - Sin-Eater
Episode 4 - Lady Parts
Episode 5 - Weaponizer
Episode 6 - Monster
Episode 7 - My Little Monkey
Episode 8 - Trip to Stabby Town
Episode 9 - Homewrecker
Episode 10 - Quid Pro Ho
Episode 11 - Stewardess Interruptus
Episode 12 - Love Handles
Episode 13 - A Good Day to Die
Dan: [stares in disbelief] Are you kidding me?! You could've gotten out of those this whole time?!
Lucifer: Of course I could. [stands up and effortlessly beats the crap out of the mooks]
Dan: Why the hell didn't you stop them from beating the crap out of me?!
Lucifer: [while still beating them up] Because I promised you I wouldn't do anything without your permission!
Episode 14 - Candy Morningstar
Linda: You mean indispensable?
Candy: No, I got a boob job and it totally expanded my horizons.
* Maze knows Chloe is upset.

Maze: You've got that vein in your neck. The same one that pops when I dump dishes into the trash instead of washing them.

Episode 15 - Deceptive Little Parasite
Episode 16 - God Johnson
Episode 17 - Sympathy for the Goddess
Episode 18 - The Good, the Bad and the Crispy

Episode 1 - They're Back, Aren't They?
Episode 2 - The One With The Baby Carrot
Episode 3 - Mr. & Mrs. Mazikeen Smith
Episode 4 - What Would Lucifer Do?
Episode 5 - Welcome Back, Charlotte Richards
Episode 6 - Vegas With Some Radish
Episode 7 - Off The Record
Episode 8 - Chloe Does Lucifer
Episode 9 - The Sinnerman
Episode 10 - The Sin Bin
Episode 11 - City of Angels?
Episode 12 - All About Her
Episode 13 - Til Death Do Us Part
Episode 14 - My Brother's Keeper
Episode 15 - High School Poppycock
Episode 16 - Infernal Guinea Pig
Episode 17 - Let Pinhead Sing!
Episode 18 - The Last Heartbreak
Episode 19 - Orange is the New Maze
Episode 20 - The Angel of San Bernardino
Episode 21 - Anything Pierce Can Do I Can Do Better
Episode 22 - All Hands On Decker
Episode 23 - Quintessential Deckerstar
Episode 24 - A Devil of My Word

Boo Normal
Once Upon a Time