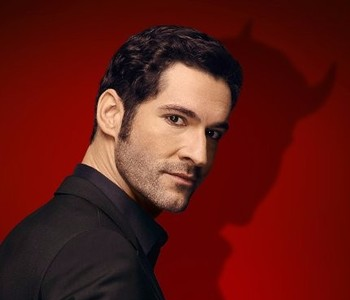 "I refuse to be a scapegoat for which something I bear no responsibility. It’s a theme in my life."

The First and Fallen One, the Prince of Lies, the Lord of the Underworld... and owner of a nice nightclub in LA. He left Hell for a vacation on Earth, which is causing some trouble down below. Lucifer is a self-obsessed egotistical prick, but he is protective of people he decides he likes. 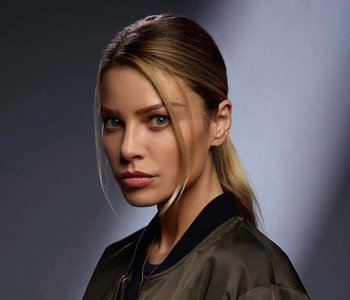 "It’s better to move forward than stay stuck in the past."

A former actress who is a bit of a pariah around her precinct due to her insistence on investigating cases everyone else thinks are open and shut. She ends up partnering with Lucifer despite her best efforts. 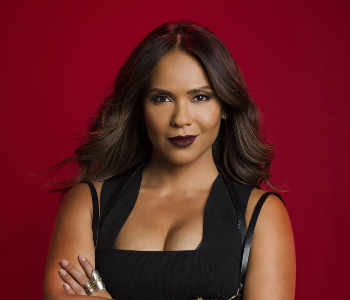 "Self-worth comes from within, bitches."

Mazikeen, better known by her nickname Maze, is a demon who works as Lucifer's bodyguard and a bartender at Lux. She is mostly annoyed that Lucifer isn't doing anything interesting any more. After coming to realize she needs to strike out on her own and not rely on him anymore, she gets work as a bounty hunter for hire and moves in with Chloe. 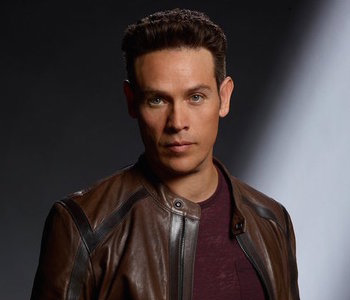 "Say you fall in love with a woman who has a cat. What are you gonna do? You accept the cat."

Chloe's co-worker, ex-husband, and father of her daughter. 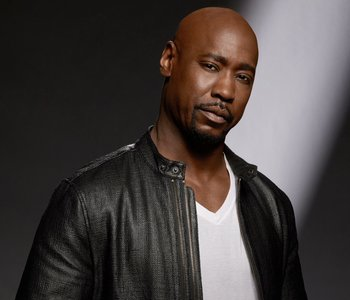 "No matter how bad things get, the true test is how we choose to respond to the pain. We suffer, or inflict."

An archangel sent by God to get Lucifer back into Hell punishing sinners. He really hates Lucifer and is very insisting on him returning to Hell. After Season 1, he gets hit with a big bout of Break the Haughty and subsequently undergoes Character Development, becoming one of Lucifer's allies. They're still not too fond of each other, though. 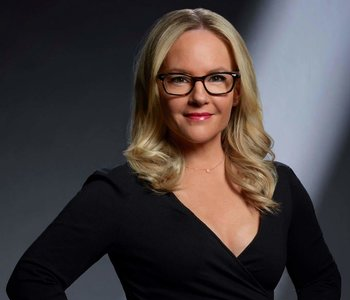 "Sometimes we need to lose something to understand its value."

A therapist, whom Lucifer charms to get the name of Delilah's boyfriend with the promise of sex. She then becomes his therapist...initially in exchange for sex. 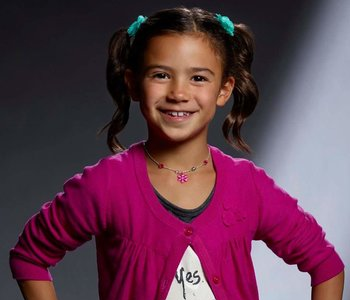 Chloe's and Dan's daughter, and one of the few children Lucifer isn't immediately annoyed by. 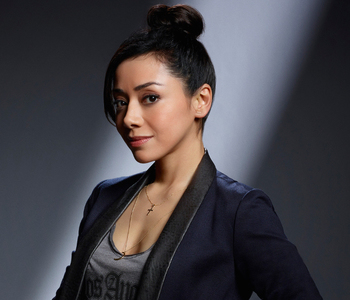 A forensic specialist who starts working for the LAPD at the beginning of the second season. She used to live in Detroit and steal cars, but gave up criminality before moving to Los Angeles. She is a faithful Catholic, though she loses her faith for a while in later seasons. 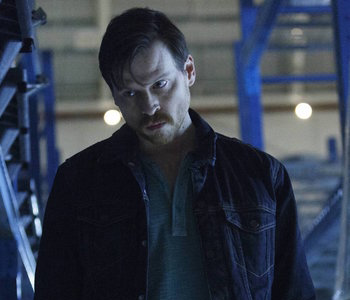 A LAPD officer who was suspected to being a Dirty Cop. He rejoined the force after coming out of a coma. 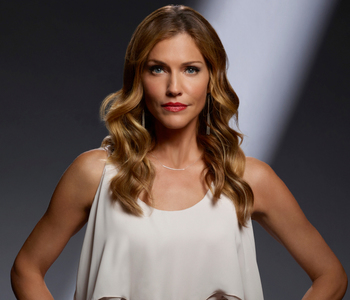 The Goddess of all Creation, Mother of the angels and God's ex-wife. Lucifer considers her just as culpable for his banishment as God, since she didn't do anything to stop it. When she was banished in turn, he happily imprisoned her in Hell without asking for an explanation. While Lucifer was away from Hell, she escaped and ended taking up residence in the body of the recently deceased Charlotte Richards on Earth. 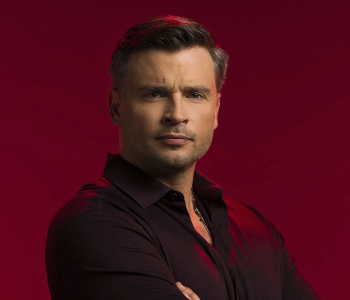 The new lieutenant as of Season 3, a stone-hard and seasoned veteran of the force who has also seen military service. However, in the mid-season finale a new revelation about him causes Lucifer to revaluate their positions respective to the other. 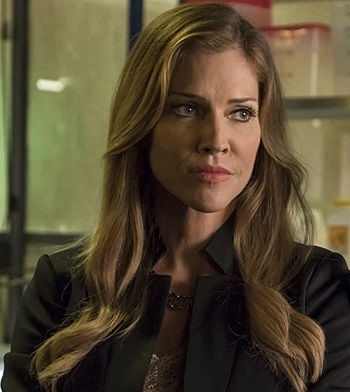 A defense attorney specializing in getting criminals off the hook. She was killed shortly before the Season 2 premiere and her corpse was resurrected when Goddess took over it. Charlotte herself was sent to Hell, until the end of the season when Goddess vacates her body and Charlotte returns to it. Her brief stint in Hell makes her realize that she needs to turn her life around, and she joins the DA's office as her way to atone. 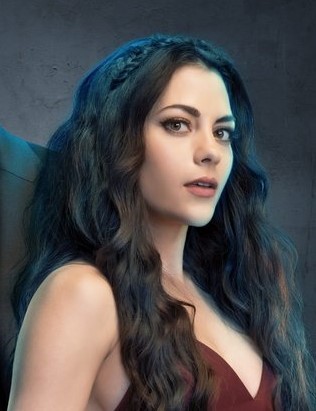 Eve of Adam and Eve fame. Eve is a human that made it into the silver city. However, she has come to grow bored of paradise and came down to Earth. Has a shared history with Lucifer.

Played By: Neil Gaiman (in "Once Upon A Time"), Dennis Haysbert (season 5 on) 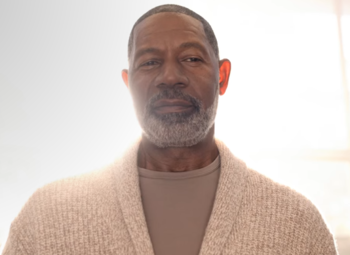 Lucifer and Amenadiel's father. You may have heard of him. 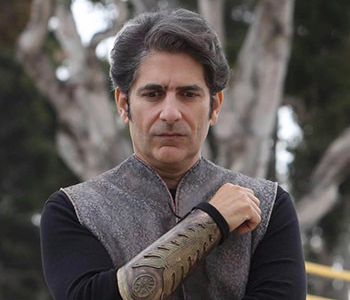 An angel who comes to Earth to convince Lucifer to return their mother to Hell and is willing to go to extreme measures to do so. 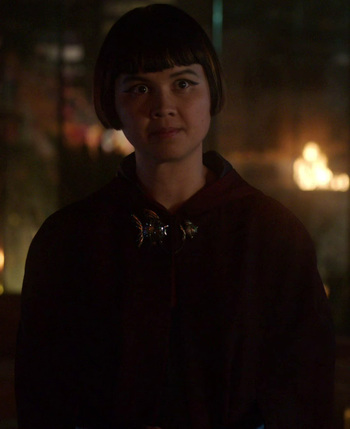 Lucifer's sister, the Angel of Death. 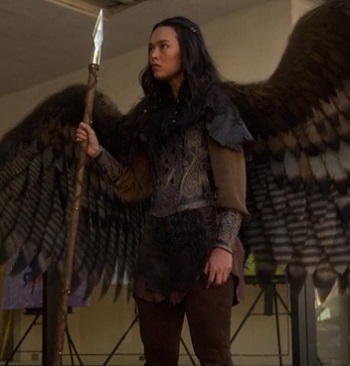 Another sister of Amenadiel and Lucifer. She is a warrior who doesn't like the idea of half-human/half-angel hybrids.

The First Man, husband of Eve, father of Cain and Abel, and ancestor of all humans. 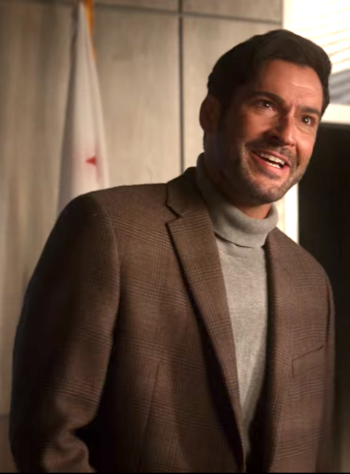 Michael. Lucifer's twin brother. The Michael who was the general of God's armies and ultimately squashed Lucifer's rebellion. He comes to Earth in season five to - in his own words - impersonate and take over Lucifer's life on earth. 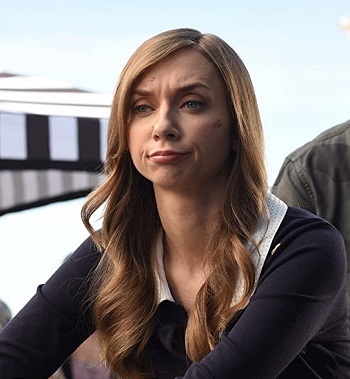 The world's first murder victim. In Season 3, Lucifer goes to Hell to return his soul to life in a recently deceased body... and due to random chance it happens to be a recently murdered young woman named Bree.

A demon from Hell who possesses Father Kinley's body, summoned to Earth at his insistence in the belief that Lucifer needs help returning to Hell.

A singer who used to work in Lux, she made a deal with Lucifer so she could make it big. The first victim of the series, her death by a drug dealer brings Lucifer and Chloe together, as the latter is assigned to investigate and capture her murderer.

Delilah's record producer and her murderer.

An conman who masquerades as a street preacher asking for donations. He becomes a believer when Lucifer shows his true face to him. 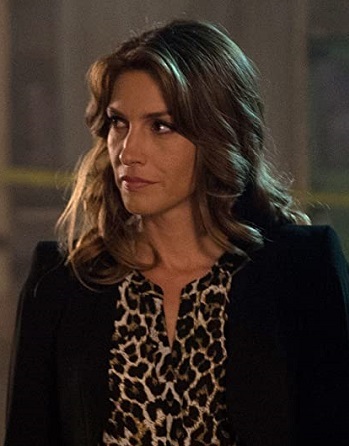 Chloe and Dan's superior in the LAPD. She's responsible for appointing Lucifer as a civilian consultant. 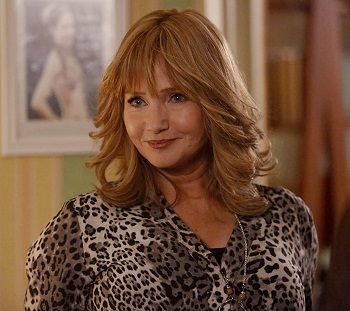 Chloe's widowed mother and an actress. 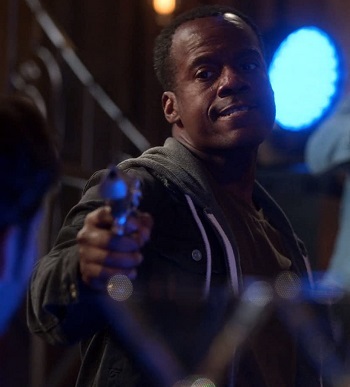 A thief who appears once a season to rob Lucifer, with predictable results.

Chloe's late father. He was a LAPD officer when he was murdered, apparently by a robber. His death motivated Chloe to switch her career from show business to law enforcement.

The deputy prison warden of California State Penitentiary. He is actually the mastermind behind John Decker's murder.

A doctor, he was fired when he chose to save his work over his Uber driver from dying in a car accident. He subsequently became vengeful and held students of Malibu State University hostage while forcing successful people to ruin their career. 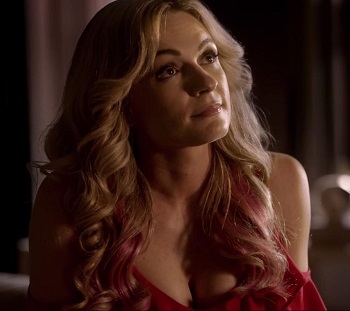 An "exotic dancer" from Las Vegas whom Lucifer secretly married during his time off the LAPD after the events of "A Good Day to Die". She is actually a conman Lucifer employed to put off his mother. 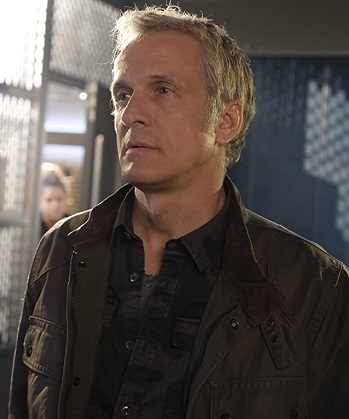 A reporter who stumbles onto Lucifer’s identity as the Devil. He’s also Dr. Martin’s ex-husband. 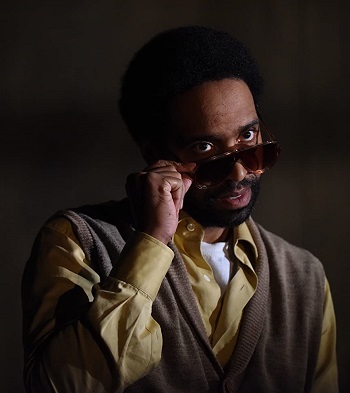 A mysterious crime boss, he somehow knows about Lucifer's true origins and arranged his abduction at the end of Season 2. He previously worked in Chicago but has recently expanded his reach to Los Angeles, bringing him into conflict with Lucifer. 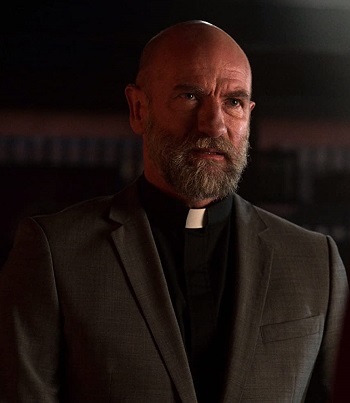 A Vatican investigator introduced in Season 4. His goal is to send Lucifer back to hell to prevent a prophecy about evil overrunning Earth.

Linda's daughter who works in real estate. Linda abandoned her to the care of the hospital where she gave birth and Adriana was subsequently adopted.
Pete 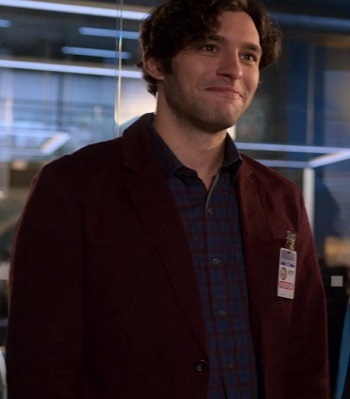 A journalist whom Ella meets while investigating the murder of a DJ, he becomes close with and eventually dates her.

The infant son of Amenadiel and Linda. The first human-Celestial child in history. 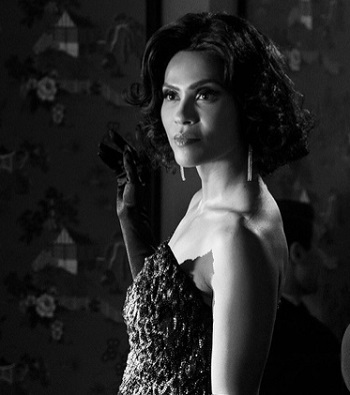 First Appearance: "It Never Ends Well for the Chicken" (5x04)

Lilith, the First Woman, and mother of demons.